Mom Terrified When Dog Starts Dragging Her Across Floor. Then She Realizes She Saved Her Life 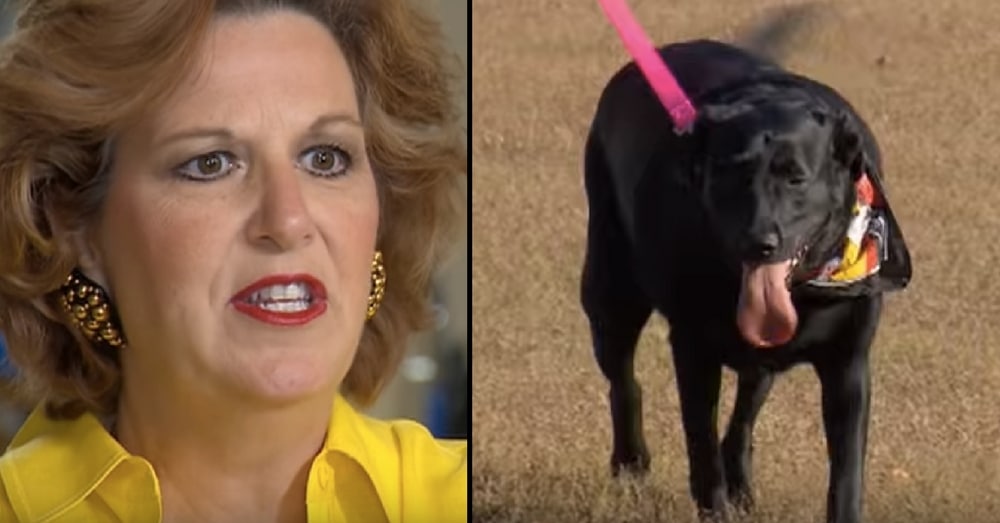 When Janet Wilhelm rescued her dog Mabel, she had no idea that Mabel would one day save her life.

About three years after she had rescued Mabel Janet was home alone packing up dog food in the garage. Suddenly she slipped and fell, and the impact of the fall broke her hip in five places, leaving Janet in agonizing pain that left her unable to move.

Janet didn’t have her phone with her, and as she lay there she worried that no one would find her in time to help. But then Mabel walked over.

Janet grabbed Mabel’s collar, but was confused when the dog started walking away.

But then she realized what Mabel was really doing. The smart pooch was dragging Janet back toward the house where the dog knew she would be able to get to a phone.

It took an hour and a half for the dog to drag Janet the 20 feet to the house, but her heroic actions ended up saving her owner’s life. If Mabel hadn’t rescued Janet it would have been eight hours before anyone found her, which would have made her recovery immensely more difficult.

Thankfully Janet was able to call her husband and she is now well on her way to recovery. All thanks to her hero, Mabel.

Were you blown away by what Mabel did to save Janet? So share this!