Mom Tells Daughter Foster Dog Won’t Make It, Then Finds Note That Leaves Her In Tears 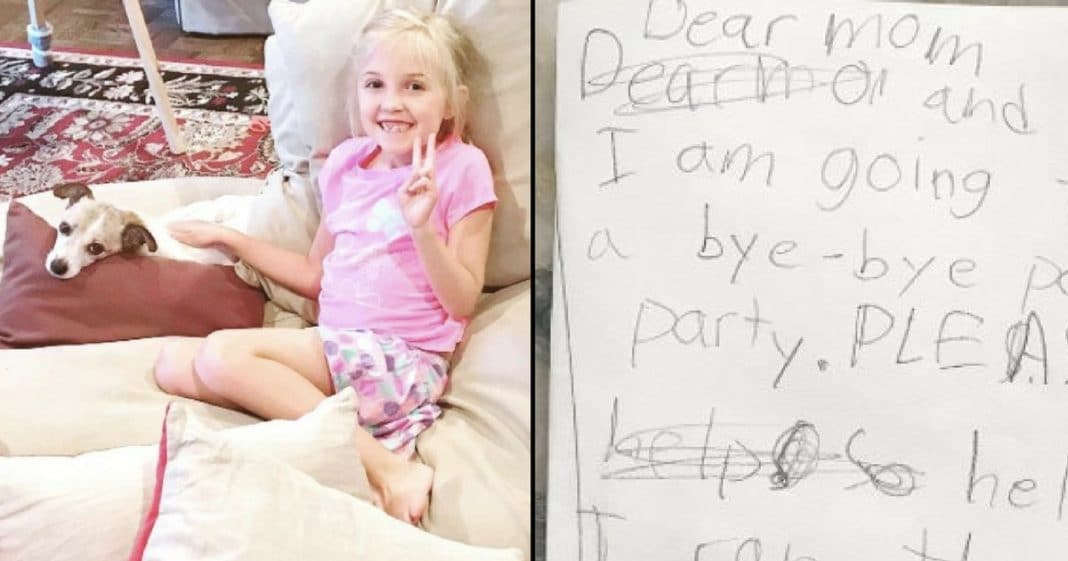 People who foster dogs generally have the most gentle and compassionate hearts, the same qualities that make it hard to cope with a loss. That can make things especially difficult when a dog is brought in that they know probably won’t make it.

Peanut, a little 8 1/2 pound terrier mix, found herself at an animal shelter after her owner passed away. Family members tried looking out for her, but soon realized they didn’t have the time to give her the proper care she deserved. Kidney failure, possible cancer, and severe dental issues plagued the sweet little creature.

That’s when the Burke family decided to step in and ease her pain by becoming a final fospice home (a term used for a place where dying pets can live out their days with care) for the little dog as she got ready to pass on.

Jennifer Burke explained that she never planned to provide this kind of service. “I never intended to fospice an animal, as I never thought it was something I would be able to handle emotionally,” she said.

“But Peanut popped up and needed a home, and we had a home and lots of love to provide,” she continued. “I couldn’t bear the thought of Peanut dying alone in a cage in a loud, hectic shelter. So, after consulting with my husband and having a family meeting with my kids, we decided to fospice.”

They knew it would be hard not to get too attached while still showing Peanut the love she deserved, but they decided her comfort and peace was worth their eventual sadness.

As the time drew near and Peanut was about to pass on, Jennifer found a note from her daughter, Noa, that left her in tears.

“Dear Mom and Dad, I am going to throw a bye-bye Peanut party,” she wrote. “Please help so I can throw it in time. Your first, last and only girl kid, Noa.”

They knew Peanut’s time was drawing near as she started experiencing seizures, so the family quickly arranged the party. The Burke’s three children made a poster that said they loved Peanut and they all had cake and celebrated Peanut’s life.

Peanut was surrounded by her loving family as she passed on right after her party that day.

After Peanut’s passing, Jennifer paused to reflect on the short time they had with the special little dog.

“I feel by acknowledging her in this way, it gives her life the meaning it should have been given,” Jennifer said. “She mattered.”

Were you touched by what Noa did for little Peanut? So share this!