Mom Teaches Age 7 And 10 Boys CPR By Chance, 5 Months Later They Save Their Grandmother’s Life 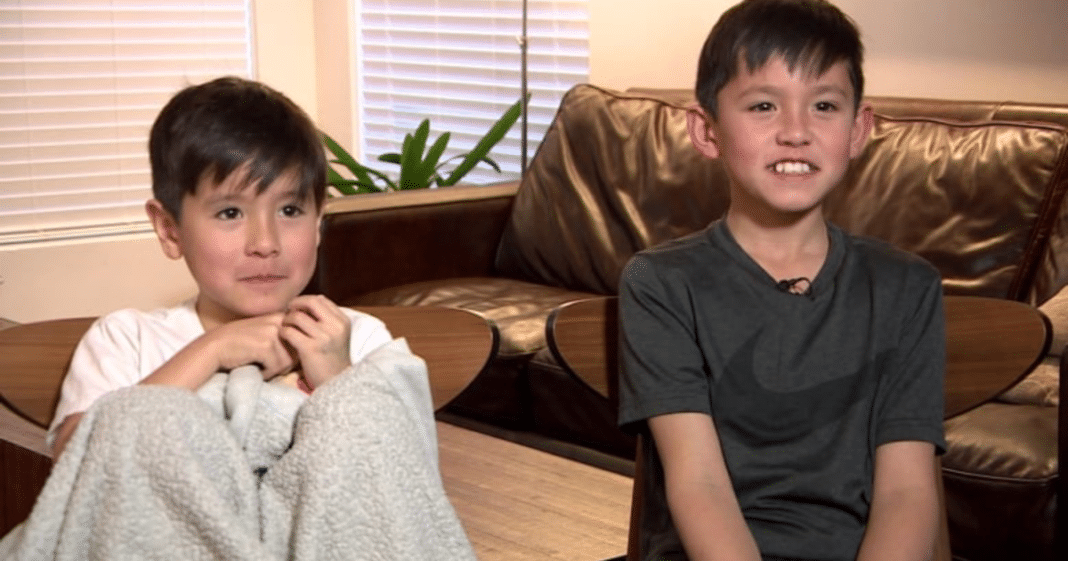 A random chain of events in Saskatoon, Canada led a nurse and mother, Lee Chatterson Wu to teach her boys, ages seven and ten, the basics of CPR. Little did she know that five months later, her sons would use what she had taught them to save the life of their 62-year-old grandmother, Patti Chatterson.

In June, seven-year-old Grayson and 10-year-old Kian were having a sleepover party to celebrate Kian’s birthday. The kids watched a movie where one of the characters had a heart attack. One of the boys whose parents were doctors yelled out:

The mother praised the boy for his knowledge.

“You’re very smart and good job,” she told him.

That’s when Chatterson Wu’s sons asked her if she would teach them CPR. She taught them the basics like how to find a pulse, how to start compressions, and how to plug the nose and give breaths by mouth.

“It wasn’t a very in-depth teaching of it,” she said.

“I honestly didn’t think they’d ever need it, or that it was necessarily an important thing to teach them at the ages of 7 and 10.” 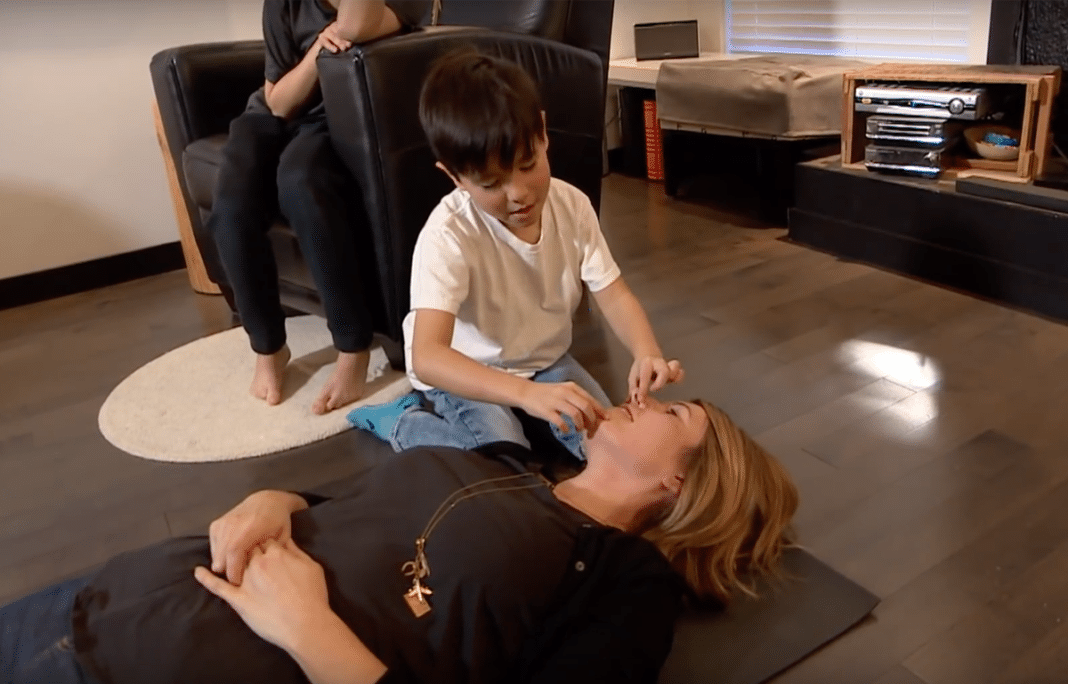 Then in November, Grayson and Kian went to another sleepover. This time it was at their grandmother Patti’s house. They were all in the room together when Patti coughed and slumped over on the couch. Then she started making gurgling noises.

“She looked really dead,” said Kian, as he and Grayson acted out what happened. Their grandmother’s head and eyes rolled back, and she was making loud sounds as she gasped for breath.

Terrified, the boys tried to call their parents, who didn’t answer. The boys didn’t panic. Remembering what his mother had taught him, Grayson checked for a pulse. He put his fingers on his grandmother’s neck and wrist but found no pulse. Then they checked for breath, but she had stopped breathing.

“There was no air coming out,” said Grayson.

Grayson quickly called 911, and the two boys worked together as the operator guided them with what to do next. They were able to get their grandmother down off the sofa to the floor. Kian went into action, starting with chest compressions, while Grayson gave his grandmother breaths as he pinched her nose.

For seven scary minutes, the boys performed CPR. Finally, the ambulance arrived. The paramedics started Grandmother Patti’s heart five times because it kept stopping. Fortunately, the fifth time was the charm, and she pulled through. She would never have made it if her grandsons hadn’t jumped into action.

“Cardiac arrest is a complete heart stop. Everything shuts right down, there’s nothing working,” she said.

“Not too many people recover from cardiac arrest. They just don’t if they’re not witnessed.”

Now Patti Chatterson says she has no recollections of what took place that day. She learned that Kian had pushed so hard with the chest compressions, he cracked her ribs. Even so, she knew without a doubt he had saved her life.

“[Kian] was so worried that he had broken some ribs or my sternum because his first compression, he felt a crunch,” said Patti Chatterson.

“I said, ‘Yes, you, in fact, did do that but that shows me that you did proper compressions, and that is what actually saved my life.” 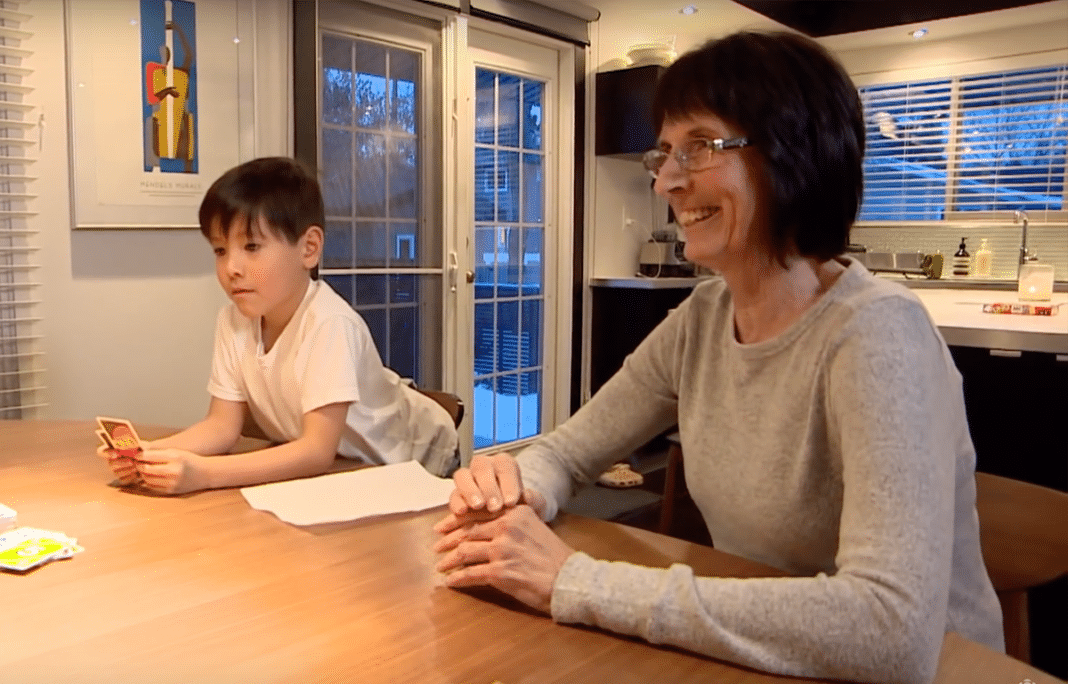 Lee Chatterson Wu says it’s a day none of them will ever forget, even if Patti doesn’t remember.

“They were very shaken up. They were distraught but obviously, they had done something amazing,” said Lee Chatterson Wu.

Now, the kids’ mom and grandmother want to tell other parents how important it is to teach young kids the basics of the life-saving CPR techniques.

“I hadn’t shown them thinking they would ever need it,” she said.

“But obviously, in this situation, it was important, it saved my mom’s life. They’ve done an amazing thing with it, so I would definitely be a big advocate of that.”

The Mayo Clinic says “the American Heart Association recommends that everyone — untrained bystanders and medical personnel alike — begin CPR with chest compressions.” People with some basic training can deliver life-saving breaths as well as compressions.

In an emergency situation, many people panic and think they aren’t skilled enough to help, but doing something may determine life or death.

“It’s far better to do something than to do nothing at all if you’re fearful that your knowledge or abilities aren’t 100 percent complete.”

“Remember, the difference between your doing something and doing nothing could be someone’s life.”

See more from CBC News below:

For more on CPR, see the video from HiHo Kids below: