Mom Spots Teen Hunched Over In Car At Gas Station, Quick-Thinking Ends Up Saving His Life 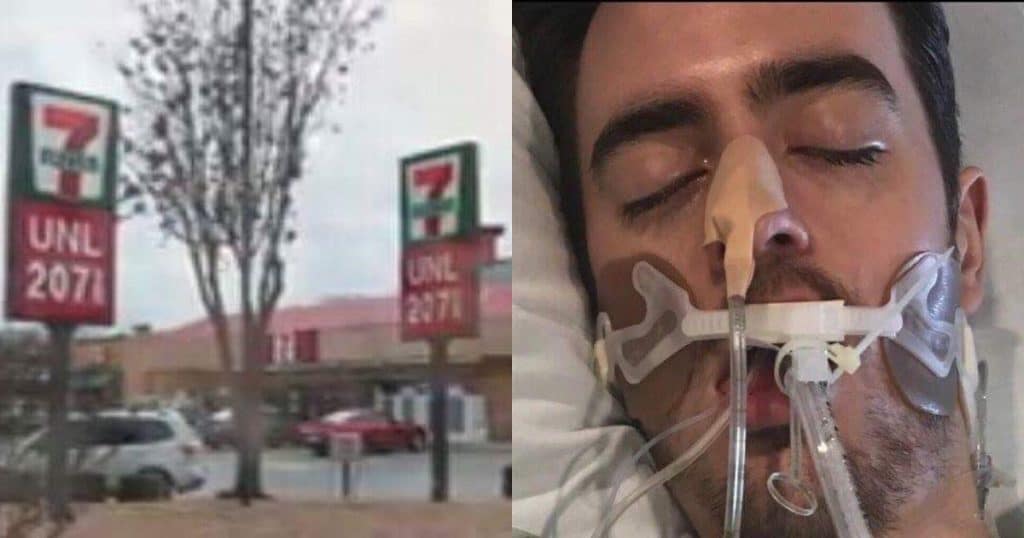 You never know when you might be called upon to save someone’s life. Our days rush by in a blur with so much on our plates, we hardly know if we’re coming or going.

Within mere seconds, your life can change. A stranger can find themselves literally in a life or death situation. What if you’re there? Would you know what to do? How would you respond?

In Norman, Oklahoma, a woman is being heralded for saving a young college student’s life.

Leslie Hammons was passing by a gas station when she spotted a young man hunched over the steering wheel of his car. The driver’s side door was ajar. That gentleman? Cooper McDaniel.

Leslie recently received CPR training. She noticed immediately that something was wrong with Cooper. He’d gone into cardiac arrest. With the help of a few men at the gas station, Leslie got Cooper out of his car and onto the ground. She then began chest compressions.

She talked about what was going through her mind. She recalled how hard she fought for Cooper: “Going through my head was my kids and Cooper’s parents,” Hammons told KFOR. “I was yelling at him, and I was saying, ‘Come on, buddy, you’ve got to live. Come on! Come on! Your  parents need you.’”

Once he arrived at the hospital, Cooper remained in a coma. He was diagnosed with a heart defect. Days later, after he awoke, doctors told the lucky college student the CPR administered by Leslie saved his life.

“It was like a nice thing to do,” said Cooper. “I mean, I don’t think a lot of people would have done it, and I was just blessed that she was nearby.

Cooper’s father, Brett Mcdaniel, said Leslie’s actions were an act of God: “The fact that he stopped there, the event happened, and Leslie had the wherewithal to get him and to get help to get him out.”

Kim now refers to Leslie as her son’s guardian angel: “Leslie is a treasure. She’s a gem. She’s forever a part of our family. Every event we have,  whether it’s Christmas, or a birthday, or a graduation, or grandkids, it’s because of her and her taking action and noticing Cooper.”

Learning simple life-saving techniques doesn’t take much effort. You have to set some time aside for taking classes and then showing up when required. You might have good intentions of learning first aid classes but perhaps have put it on to the back burner because you’re too busy. With the holidays now over, maybe reconsider making this a top goal for 2018? You might need to intercede on someone’s behalf.