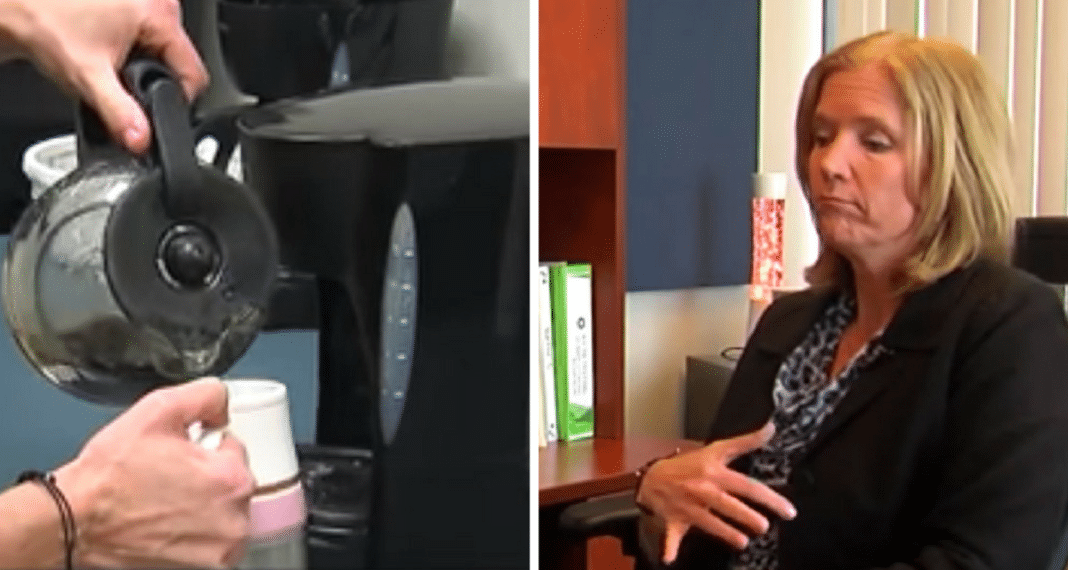 If you’re like most Americans, you can’t function properly unless you’ve consumed at least one cup of Joe. I sometimes need two or more strong cups of the brew before I’m ready to fully face my day. But what if your morning coffee begins to cause you physical pain? Sounds unlikely and odd, but this is what happened to Stephanie Brauns, a Michigan woman who found something disgusting after looking into her coffee maker one day.

Fair warning: This might make your stomach turn. But it’s essential you read this and watch the video below. Then, go to your kitchen and look inside your coffee maker.

Stephanie knew something was up before she even began her search for a cause. She told Detroit news station, WXYZ she starts her day with a cup of coffee while at home. She began experiencing some nasty side effects.

She said, “It’s interesting because I always have my coffee at home, and within three sips, I sometimes have severe reactions.”

Stephanie’s putting it lightly. Within minutes, she’s struggling to keep her breakfast down. This terrible morning sickness went on for six months. Fed up, Stephanie was ready to investigate its cause.

One morning, she pried open the top of her coffee maker and peered into the tank holding area. The room started to spin. What she saw wasn’t safe for human consumption. She’d been doing so for over half a year. This problem needed to be dealt with promptly.

After consulting her owner’s manual, Stephanie was left stumped at what to do. No cleaning recommendations were provided.

She reached out to WXYZ because she figured she couldn’t be the only one experiencing this issue. Take note of her gross discovery. Watch the video and see what she learned.