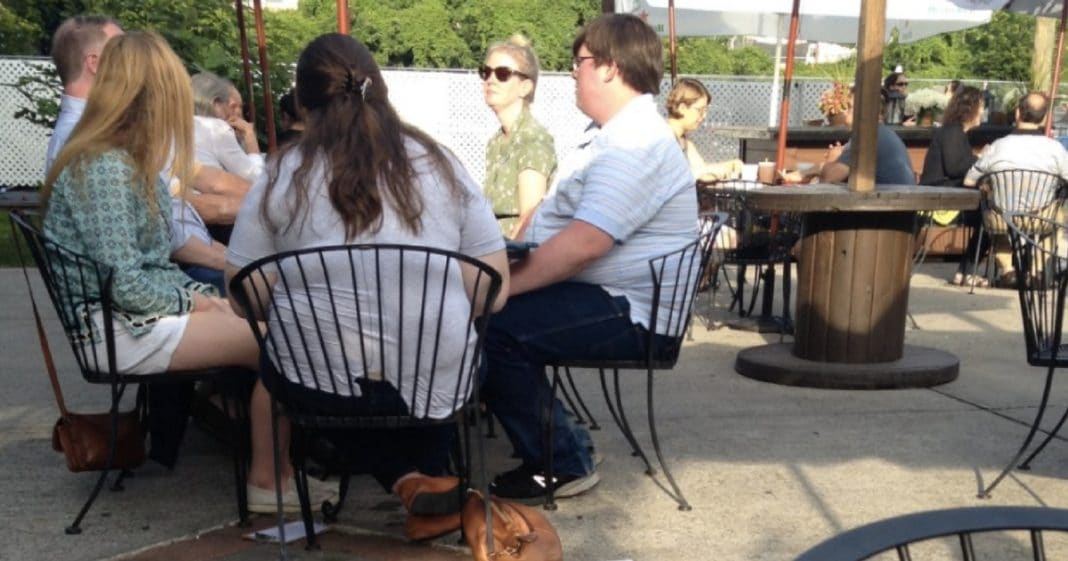 You probably know the feeling. You excitedly wave at someone at the supermarket, maybe even call out their name to get their attention. Then you get closer and realize it’s not your friend at all, but a complete stranger ignoring you while your arms are flailing about and you’re yelling in their direction.

If you’re lucky, no one but you and the stranger were aware of the awkward moment. But if you’re not so lucky – like this woman – a friend or family member will capture the moment and take great joy in remembering and retelling the embarrassing story.

Hannah Murphy and her mother were enjoying a leisurely meal out at a restaurant when her mom spotted an adorable dachshund sitting next to a diner’s chair. It was so cute the way it was curled up that she just had to share the sweet moment with her daughter.

It sounds innocent enough, but there was one big problem. That cute “pup” was no dog at all, but rather a leather purse!

Hannah was so tickled by her mom’s hilarious mistake that she decided to share it on social media for the world to enjoy. The photo quickly went viral and received thousands of shares and likes, with many sharing their own funny stories of mistaken identities.

Now it’s your turn. Would you have known this was a purse, or would you have made the same mistake Hannah’s mom did?

my mother was giggling at this and told me to “take a look at that adorable dachshund, he’s sleeping”, she was looking at a purse: pic.twitter.com/ZyNKaLMxKI

Enjoy and share – I’m sure Hannah’s mother would love that!

Did you find this mom’s funny mix up as hilarious as we did? So share this!