Mom Shoves Kids Out Door To Save Them From Raging Fire. Then She Shuts Herself In… 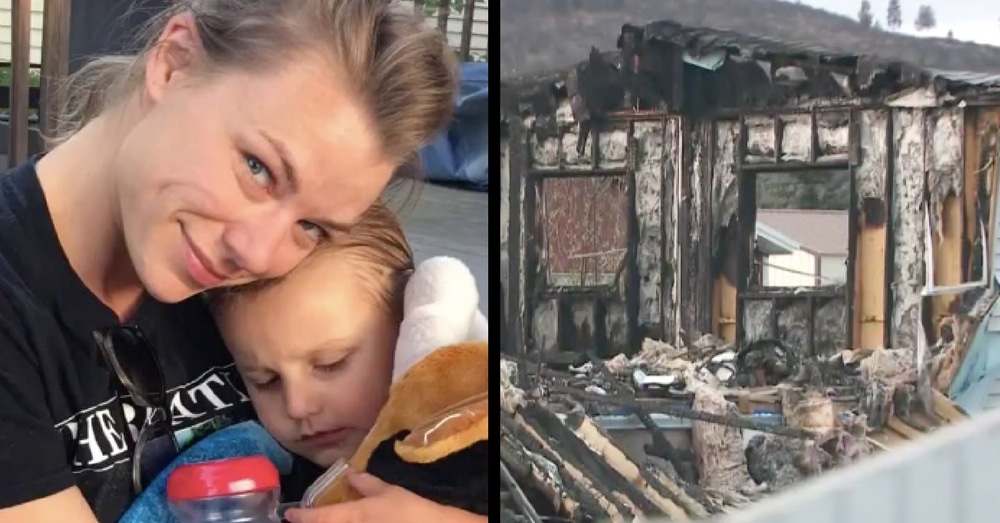 Angel Fiorini’s kids will never have to question their mother’s love for them. She’s proven that she would give everything – even her own life – to keep them safe.

It was late October when Angel woke up early in the morning coughing. She quickly realized that her house was on fire and rapidly filling with smoke.

Angel jumped out of bed, her only concern to save her three children. She grabbed her 3-year-old son Vinny and her 18-month-old daughter Rosalie and ran outside. But when she started to go back into the house to get her 7-year-old daughter Gianna, she noticed that her two younger children were trying to follow her back in.

Thinking quickly, Angel closed the door to keep Vinny and Rosalie outside. Then she went to find Gianna.

By the time she got to her daughter, though, smoke had filled the house and they couldn’t find the door.

Terrified for her daughter’s safety, Angel put her on the floor and then lay her body over her. Soon, both of them passed out as the fire continued to rage around them.

When a neighbor noticed the smoke coming from the house, they called 911. It was only then that they found Angel and Gianna. Emergency crews rushed the entire family to the hospital.

Vinny and Rosalie only had minor injuries and were treated and discharged quickly. Gianna had second-degree burns, but thanks to Angel’s quick and self-sacrificing actions, her injuries weren’t worse and she was released from the hospital a few weeks later.

For the heroic mom, though, things weren’t so easy. She had second- and third-degree burns covering almost half of her body and spent weeks in critical care.

After five weeks, Angel was finally allowed to go home.

For this super mom, while the injuries were excruciatingly painful, the hardest part of the whole ordeal was being away from her kids.

Thankfully, the whole family is reunited now and they can begin to heal together.

Were you amazed by this super mom’s heroic actions? So share this!