Mom Sees Boy Walk Up To Disabled Son On Playground. What Happens Next… Wow 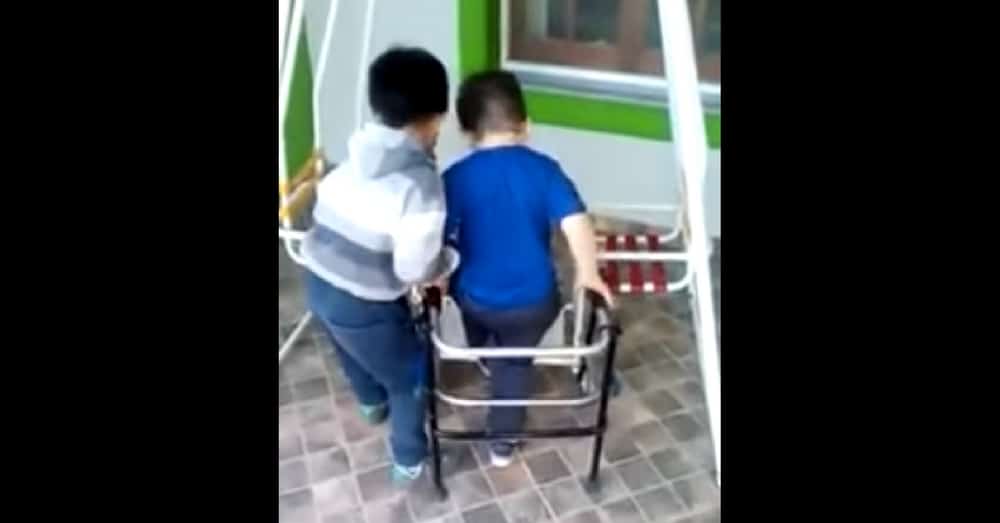 Children are not born with prejudice. That is something that is instilled over time. When children are young they don’t see color or gender or disability – they just see people.

Kids might notice someone who is different from them – such as a person in a wheelchair – but while they may be curious about the difference, it does not make them see the other person as any less than themselves.

Adults could learn a lot by watching children, and this video is no exception.

Felipe Wendel and Augusto Barbieri are best friends, and it doesn’t matter that Augusto is in a wheelchair – Felipe treats him just like he would any other child.

Felipe wanted to go swinging one day, but he did not want to do it without his best friend. What he did next is just so sweet – we’re glad that it was caught on camera so we could witness this precious moment!

Although it was hard work, Felipe was determined to get his friend onto the swing. He lifted and pushed and adjusted until Augusto was comfortable and Felipe could join him to play.

If more adults learned to see those who are different from us as people with hopes, dreams, and fears just like us – instead of just seeing the differences – the world would be a much more loving, gentle, and understanding place.

We could all learn a few things from Felipe.

Were you touched by what Felipe did for his friend? So share this!