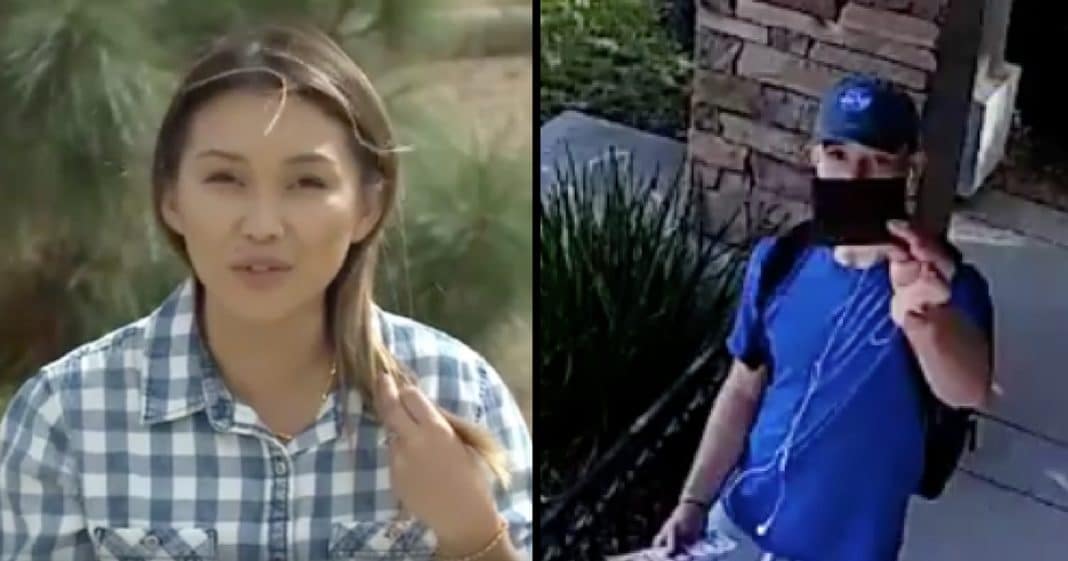 In this day and age, you can never be too careful. While most strangers probably mean you no harm, we hear enough stories in the news that make us extra cautious of anything that might seem suspicious in the least.

That’s why Melissa Vang was a little wary when a stranger started knocking on her door recently. Aware of criminals who will knock and then enter the home and cause harm once the door is opened, Melissa, who had her two young children with her, decided to ignore the knocking.

The knocking continued for a little while and then stopped. Melissa decided to check the security camera to see who had been so insistent, and that’s when she saw something that made her jaw drop.

In the footage from her camera, she could see a young man knocking on the door. Then, noticing the security camera, he walked over to it and held up a wallet filled with cash. The video then shows him leaving the wallet on the doormat and walking away.

The young man was 18-year-old Tyler Opdyke. He was passing out flyers for his uncle’s pest control business when he noticed the wallet sitting in the driveway of Melissa’s house. Inside were several credit cards, as well as $1,500 in cash.

Figuring it probably belonged to someone at that house, he went up and knocked on the door. He could hear Melissa’s children playing inside and knew someone was home, which is why he kept knocking. When no one answered, he looked around for a security camera so he could show what he was doing.

Melissa was stunned by Tyler’s integrity. The wallet was actually her husband’s and the money inside had been collected from family members for a special event. When her husband got in his car that morning, he didn’t realize the wallet had dropped out of his pocket.

Tyler came back by the house later that day to make sure the wallet had been returned to its rightful owner and Melissa was quick to open the door this time! She thanked Tyler for his honesty and rewarded him for his kind deed.

Melissa later shared the surveillance footage on her Facebook page, wanting to recognize and honor Tyler.

“God bless this young man’s heart,” she wrote. “My husband dropped his wallet (with hundreds of dollars and all his credit cards) in our drive way and this gentleman picked it up and left it at our doorstep after waiting for a few minutes, because I wouldn’t open the door (for strangers). I later found him. Thanked and rewarded him for his kind gesture.

“It’s sad that I didn’t trust him to open my door when he was just doing a good deed,” she continued. “Sadly, this is the world we live in today. We hear so much terrible news and barely any good. I think we all need to be reminded that there are still good people out there. His act of kindness cannot go unrecognized. Thank you Tyler.  Please share!”

As for Tyler, he never even thought about taking the money or doing anything different.

“I’ve been raised in the church all my life,” he continued, “and I just felt this is not mine.”

Do you think Tyler deserves to be recognized for his kindness and integrity? So share this!