Mom Says Son Is An Angel, Then She Shows ‘Feathered Wings’ On His Back 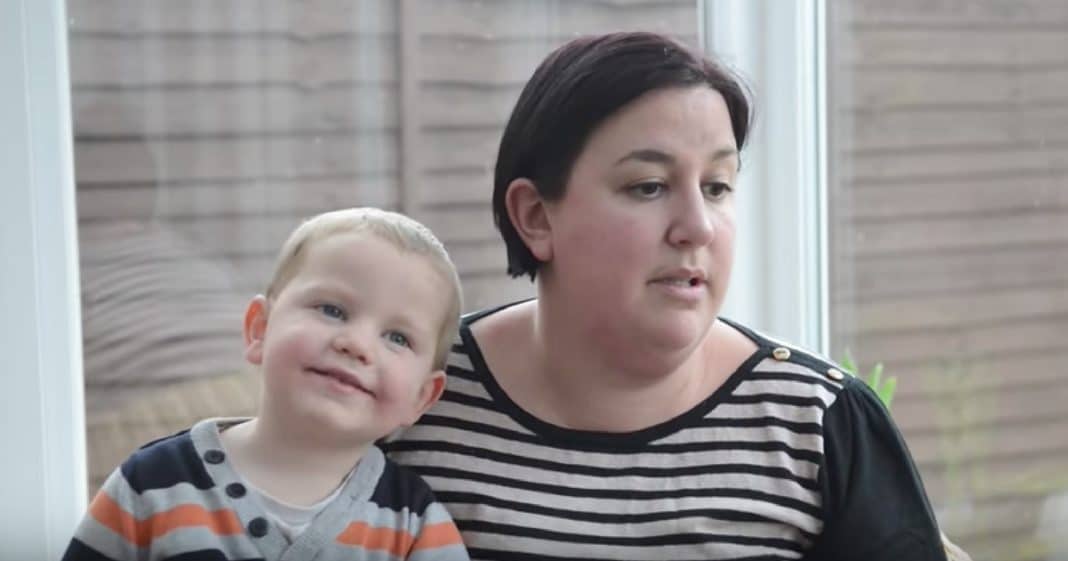 It’s not unusual for parents to think of their child as their little angel, but Matt and Stephanie Brown have proof that their son, Oliver, might truly be one.

That’s because he was born with “feathered wings” on his back. The birthmark starts at his neck and ends about halfway down his spine.

Stephanie noticed the marks on Oliver’s back right after he was born. Doctors told her he had been born with a rare skin condition called congenital melanocytic naevi (CMN), which causes moles and large birthmarks at birth.

In some cases, the condition can manifest itself as spots all over the body, like it did for little Erez, but Oliver’s birthmark is just on his back.

Thankfully the marks have not caused Oliver any harm, but he has to go in for screening every three months as there is a risk of the condition spreading to his brain or spine, which could cripple his nervous system. He also has an increased risk of developing the more aggressive forms of skin cancer.

Stephanie knows Oliver’s birthmark may prompt questions and even teasing as he gets older, but she hopes he will learn to love and accept himself the way he is and be a positive role model for others.

“As he gets older we would hope he can accept himself for who he is,” she said. “We have all got these bits of ourselves that we do not like and we have to accept them. He is wonderful the way he is and I’m sure in the dark times he will realize this.”

“He is lucky in the sense he is such a cutie pop,” she added, “everyone seems to think so, and I think people will overlook his condition.”

We hope Oliver will always remember that he is special and loved, and that he will use his unique gift in a way that will help others learn to show kindness and compassion.

Do you agree little Oliver is perfect just the way he is? So share this!