Mom Realizes Wallet Stolen And Confronts Thief. What She Does Next Leaves Him In Tears 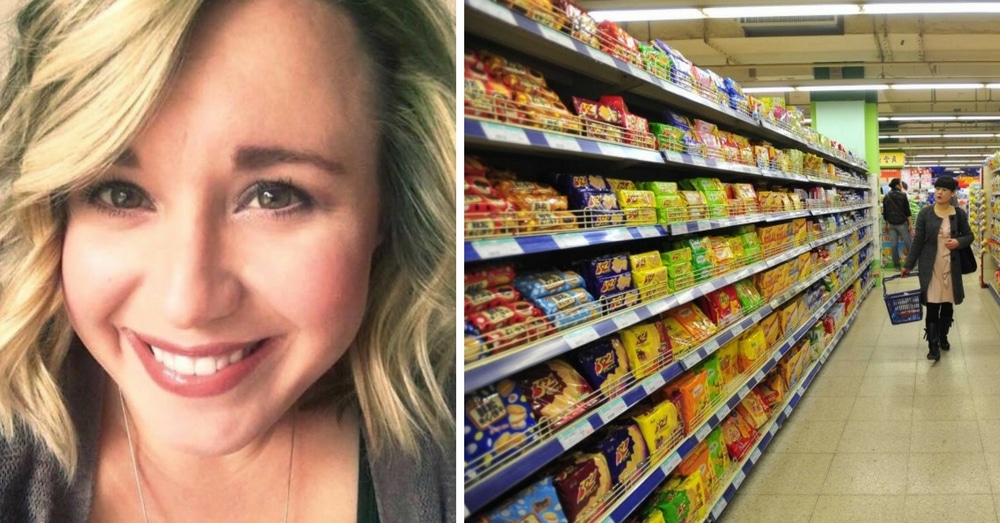 Jessica Eaves was grocery shopping in her hometown of Guthrie, Oklahoma, when she reached into her purse and realized her wallet was gone. She had noticed a man standing unusually close to her in the store and knew he had stolen the wallet, so she went to find him.

Instead of getting angry or calling the police, though, she calmly told the man she knew he had stolen her wallet and then gave him two choices.

“I’m gonna give you a choice,” she told him. “You can either give me my wallet and I’ll forgive you right now, and I’ll even take you to the front and pay for your groceries.” Otherwise she would call the police.

Jessica said she was inspired by the Bible verse Luke 6:29 which reads, “To one who strikes you on the cheek, offer the other also, and from one who takes away your cloak do not withhold your tunic either.”

The thief was left stunned and began to cry. He gave the wallet back to Jessica and apologized profusely, telling her that he had kids and couldn’t afford to feed them and had been desperate.

Jessica walked with the man to the front of the store where she paid for his groceries. She said she usually doesn’t carry cash, but had $28 in her wallet that day. The total ended up being $27.65.

The man was overwhelmed by her kindness.

“The last thing he said was, ‘I’ll never forget tonight. I’m broke, I have kids, I’m embarrassed and I’m sorry.’”

In an interview, Jessica, a mother of four and the leader of the Christian outreach team at her church, said she had been looking for mission opportunities and realized in that moment that she had an opportunity to minister in her own community.

What she did for that man may not have seemed like a whole lot at the time, but for him it was life-changing, and her story has since touched thousands.

Were you touched by what Jessica did for this desperate man? So share this!