Mom Panics When Car Breaks Down In Heavy Rain. Then ‘Angel’ Appears Out Of Nowhere 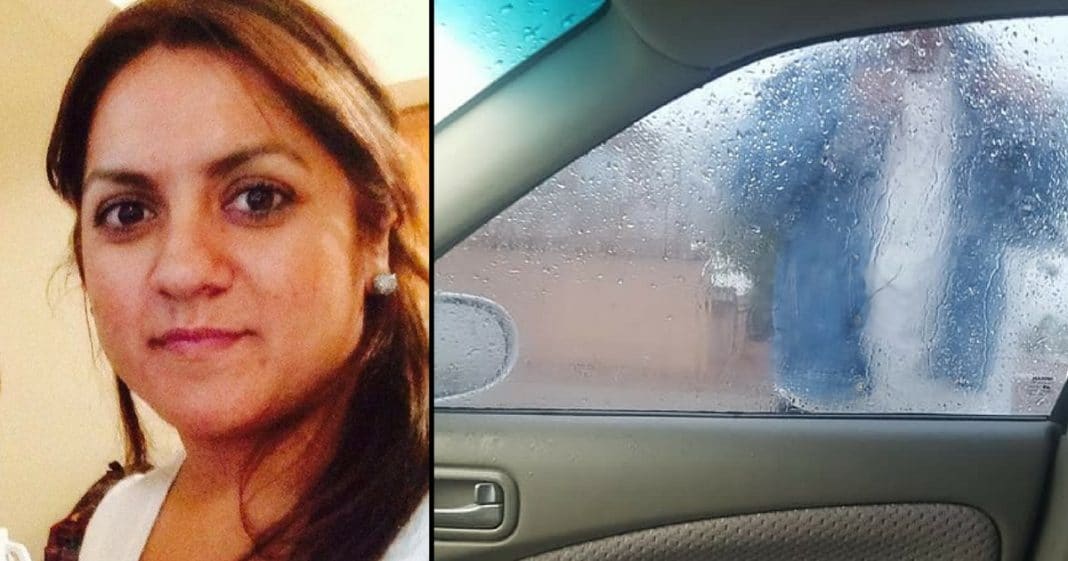 We’ve probably all had those instances when we just really needed God to come through on our behalf. It could have been during a test at some point in your life or when you needed help making an important decision. Regardless of the situation that sparked that need for you, you had a prayer and you wanted it answered.

On September 27, Maria Arriaga found herself in a jam only God’s grace could get her out of, and boy did He do just that!

She was driving through a “record-breaking” rainstorm in Albuquerque, New Mexico, when suddenly, in the middle of the storm, her car stalled and died just 10 minutes away from her house.

All by herself with no one to call, to say she was worried would be an understatement. But as she was losing hope, an “angel” showed up to rescue her.

Joseph Tapia, a student at Atrisco Heritage Academy High School, noticed Maria in her broken down car and went great lengths to keep her protected from the storm…literally. He braved the weather, pushing her car in the pouring rain until he got her to safety.

“Not even a cop stopped when they saw him push my car all by himself,” Arriaga said in a Facebook post about his service.

Once he got her car out of the way of traffic, he suggested she stay in the car so she wouldn’t get wet. He even offered to let her drive his car to pick up her daughter from practice.

When the rain got even harder, Maria advised Tapia to go home, reassuring him that help was finally on the way. Still, he insisted staying by her side, waiting almost an hour for assistance to arrive.

The story of this young man’s selflessness got the attention of KOAT-TV, their local news station. When interviewed, Joseph had this to say about his incredible act:

“Just don’t be selfish…be selfless. And just help others if it’s needed.”

What a great way to live, Joseph! Thank you for your kindness and service.

Were you inspired by Joseph’s kindness and selflessness? So share this!