Mom Panics When Baby Comes Out Blue And Silent, Then Officer Ties Knot In Umbilical Cord 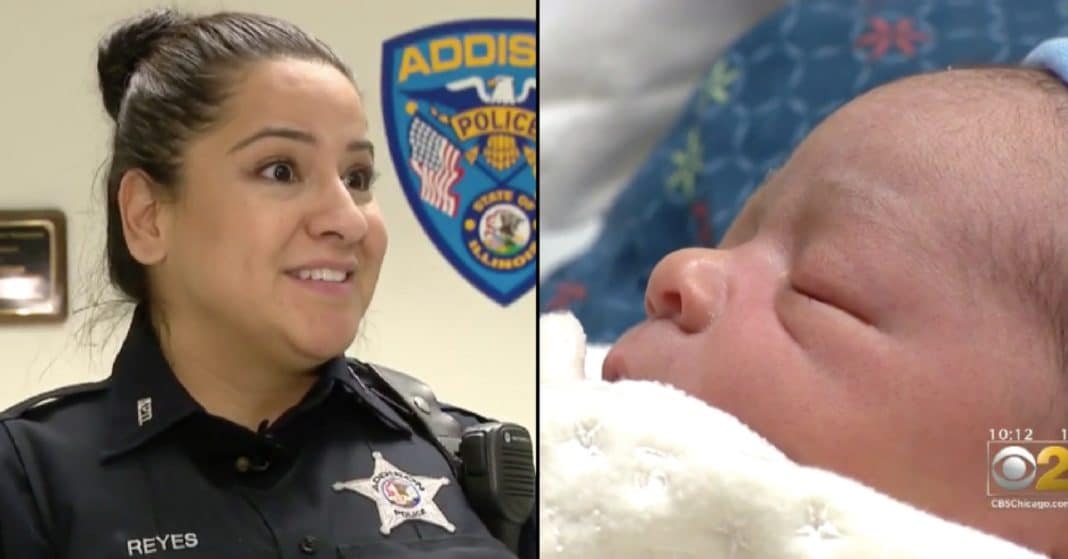 During pregnancy, moms often make detailed plans of how they want their labor and delivery to go. They carefully choose the location and the doctor or midwife, and they research the kind of birth they want to have.

But as anyone who’s ever given birth can tell you, babies usually have a mind of their own!

That’s what Sandra Johnson discovered when she went into labor with her son, Malachi, on Tuesday morning.

The labor went so quickly that little Malachi started to come out while Sandra was walking out the door to go to the hospital. She knew there was no way she would be able to make it to the hospital, so she quickly dialed 911 while she pushed the baby out.

Unfortunately, even though it was quick, the labor wasn’t smooth. When Malachi came out, it was clear something was wrong.

“His little fingers were blue at the end, his toes were blue and he just looked really — like his face was squished,” said responding officer Maria Reyes. “He was moaning, but not really active.”

Thankfully, Officer Reyes was only about a block away from Sandra’s home when she got the call. She walked in the door just as Malachi was coming out and quickly went over to lend a hand.

Reyes has been on the force for 12 years and is a mother herself, but she had never actually delivered a baby before. Thankfully, though, she had the proper training and knew just what to do.

“I just improvised,” Reyes said. “I grabbed my latex glove from my right hand and tied the umbilical cord. And as soon as I did that, the blood rushed into the baby, and we heard the screams and cries and it was a good moment, a good time.”

Sandra is eternally grateful to the officer who saved her baby’s life. She knows the outcome could have been much different had Officer Reyes not come at that exact moment.

“I was relieved,” Sandra said. “She was very, very helpful.”

Malachi is Sandra’s sixth child, and he’s not the only one to have caused some excitement with his birth. Sandra’s fifth child, Jaden, was born in the car on the way to the hospital!

After Malachi was born, he and Sandra were both taken to the hospital to be checked out. Thankfully, mom and baby are both doing well!

Were you glad to see the happy ending to this incredible birth story? So share this!