Mom Notices Something ‘Off’ About Twins. What Doctor Says Next Leaves Her In Disbelief 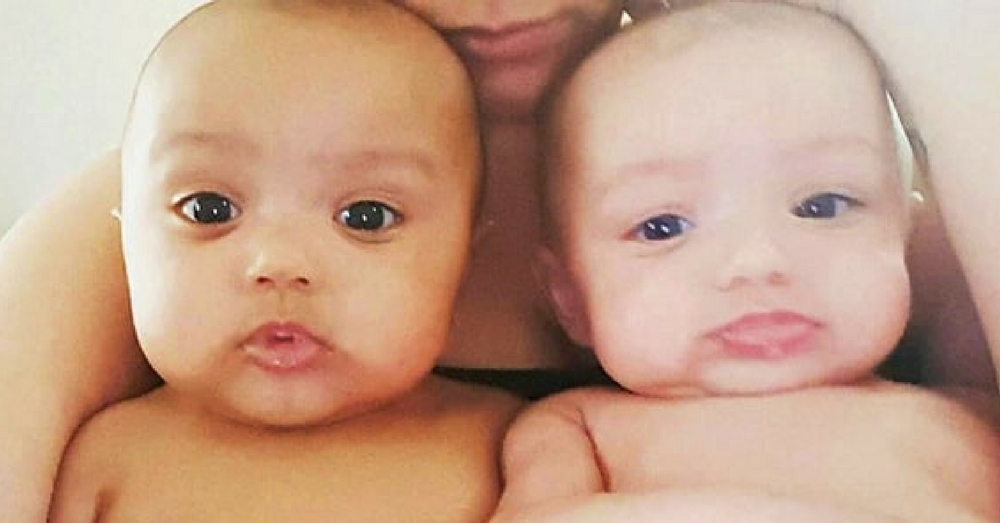 When Whitney Meyer and her boyfriend, Tomas Dean, found out they were expecting twins they were ecstatic. They counted down the days until the girls’ arrival, but when Whitney finally held her daughters in her arms, she was confused.

“I asked the doctor why Kalani’s skin was so white!” Whitney recalled.

You see, Whitney is white and Tomas is black, so the couple expected to have two babies that looked like a combination of the two of them. However, when the twins came out, baby Kalani had much lighter skin than her sister, Jarani.

Doctors explained that, while it is rare, there is a 1 in 500 chance that interracial couples expecting twins will have babies with different skin colors.

“No one believes they’re twins,” Whitney said. “When we go out in public, people will start looking at them because I dress them identical and I can tell they’re confused.”

And their skin color isn’t the only thing that’s different about these girls. Whitney said Kalani is much more active and loud than her sister.

“Kalani, we call her Lani, is our loud child, She is crawling everywhere and going nonstop,” Whitney said. “J doesn’t like to move. She just wants to be held, and she loves to eat.”

These twins are already special, but their different skin colors have an extra-special meaning to Whitney.

Before the twins were born, Whitney already had two sons, but one of them, Pravyn, drowned in a tragic accident when he was just two years old. While Kalani looks a lot like her older brother, Jarani looks like the spitting image of Pravyn.

“They are my miracle babies,” Meyer said. “J looks exactly like her brother did. They are identical. When I look at pictures of J, I see Pravyn.”

Were you amazed to see two twins who look so different from each other? So share this!