Mom Learns Daughter Is Bullying Girl With Cancer. What She Does Next Is Going Viral 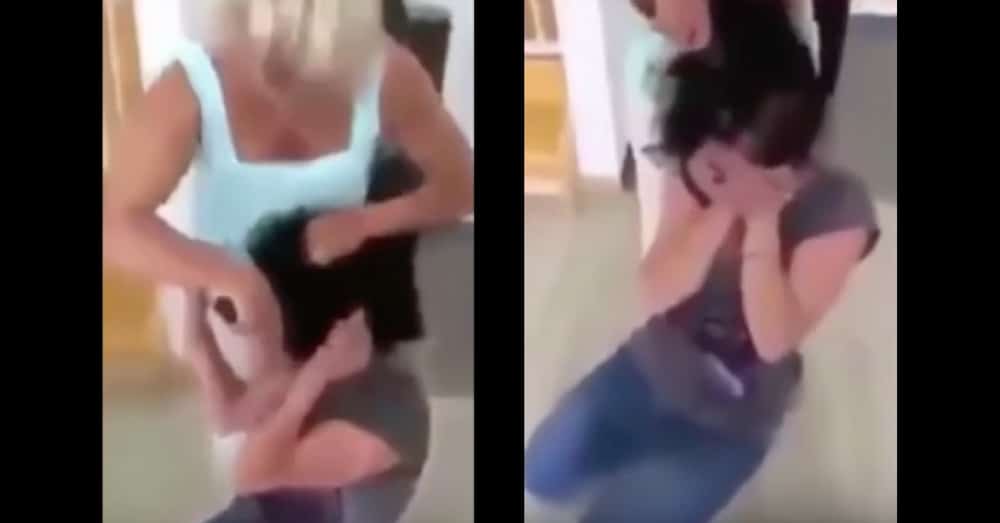 While bullying has been around for a while, it seems like it has become much more prevalent lately. Many attribute this to social media and the ease it provides for anonymously bullying someone, or putting that bullying on a much larger stage.

A video that has been going viral lately shows one mother who wasn’t going to put up with bullying from her teen daughter.

The caption on the video says that the mother had learned her daughter was bullying someone with cancer for their bald head, so she decided to take action.

As her daughter sobbed and screamed, the mom took shears to her head and shaved her hair off.

The Daily Mail claims this video has been around for a little while and the mother actually shaved her daughter’s head after she found out she had been posting nude pictures of herself.

Whatever the reason, the video has prompted some passionate responses.

Some said that this was “parenting done right.” Kids these days are given too much leniency and parents need to buckle down and teach their kids how to act. “An eye for an eye,” said one commenter – if this girl is going to mock a cancer patient, she should know how it feels.

Others thought this mom took things too far and said that she was, in fact, bullying her daughter, especially when she posted the video on social media.

What do you think? Was this mom being a good parent, or did she go too far? Comment below to let us know what you think, and then share this!