Mom-In-Law Whines About Not Being Allowed In Room During Birth, Then Strangers Put Her In Her Place 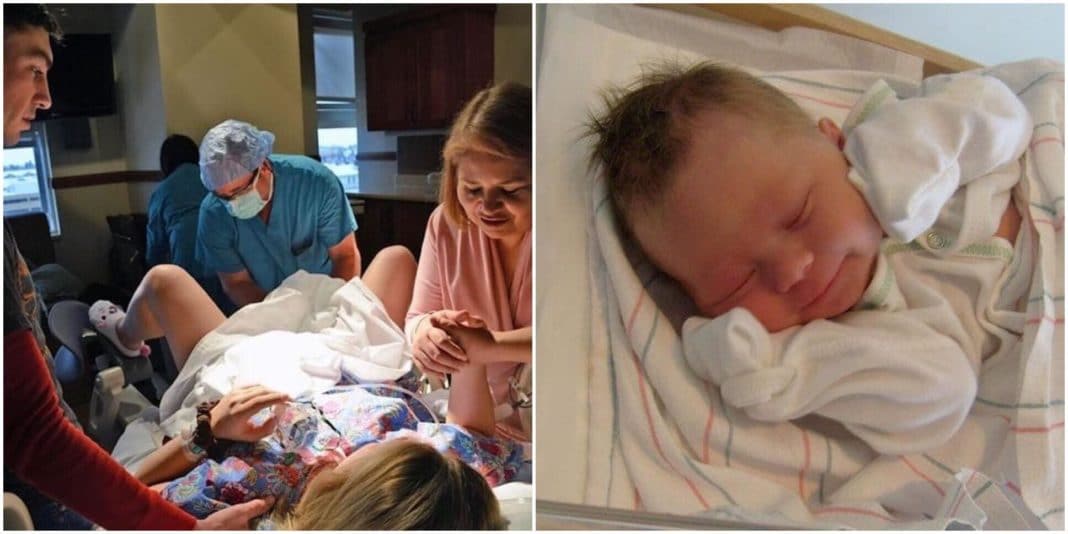 The arrival of a new baby is an event many love celebrating. Children bring families together; it’s an exciting time for the parents, grandparents, and siblings.

After the baby is born, the mother and child are allowed to bond for some time so the baby might nurse. If the father or other guardian is there, they will spend these precious private moments with their newborn. One mother-in-law though, believes she has every right to be in the delivery room as her daughter-in-law, Julia gives birth.

Julia and Steven are expecting their first child. As she was the one having the baby, Julia decided she only wanted her mother and husband to remain with her. Not everyone is comfortable with allowing everyone to see their private parts. Makes sense, right? but Julia’s mother-in-law wasn’t happy with her decision. She thought she had every right to be present for the birth of her first grandchild.

The disgruntled MIL wrote into an advice column, asking for help on how she might change Julia’s mind. The columnist and folks online gave the woman a piece of their minds about her situation. Here’s what she sent to Slate‘s “Dear Prudence” column.

“My son, Steven, and daughter-in-law, Julia, are expecting their first child and our first grandchild next month. I had what I thought was a good relationship with Julia, but I find myself devastated.

“Julia has decided only Steven and her mother will be allowed in the delivery room when she gives birth. I was stunned and hurt by the unfairness of the decision and tried to plead with her and my son, but Julia says she “wouldn’t feel comfortable” with me there.

“I reminded her that I was a nurse for 40 years, so there is nothing I haven’t seen. I’ve tried to reason with Steven, but he seems to be afraid of angering Julia and will not help.

“I called Julia’s parents and asked them to please reason with their daughter, but they brusquely and rather rudely got off the phone. I’ve felt nothing but heartache since learning I would be banned from the delivery room.

“Steven told me I could wait outside and I would be let in after Julia, and the baby are cleaned up  and “presentable.” Meanwhile, Julia’s mother will be able to witness our grandchild coming into the world. It is so unfair.

“I’ve always been close to my son, but I no longer feel valued. I cannot bring myself to speak to  Julia. I’m being treated like a second-class grandmother even though I’ve never been anything but supportive and helpful. How can I get them to see how unfair and cruel their decision is?”

Prudence” responded to the mother-in-law, writing: “You can’t! You shouldn’t! You are entirely in the wrong! I say this in the hopes that, after the initial flush of indignation fades, you will be braced and supported by the realization that you have been acting badly and that you need to change.

It’s difficult to admit when one’s been wrong, but there’s nothing quite so clarifying as figuring out how to do better.”

A writer named Nicole Cliffe shared the “Dear Prudence” letter on Twitter. It got a lot of attention. People were shocked by the mother-in-law’s request. They spoke up, telling her to let it go.

“You are going to get to see your grandchild the day they are born. You will get to be in your grandchild’s life for as long as you live. Nothing is being taken from you. You are not being snubbed,” someone else pointed out.

I feel like the choice for who gets to look up your vaginal canal should be explicitly granted to the person to whom the vaginal canal belongs to. 100% of the time.

Imagine having the brazen confidence of a woman who truly believes she has been wronged when not invited to view her daughter-in-law’s vagina. What must her days be like?

Other Twitter user replied: “Your daughter-in-law and your son are drawing a totally appropriate boundary, and you need to stop trying to argue with them about it”

“Let this go. Do not rob this moment of its joy by keeping score and demanding more.”

Someone else said how her own mother-in-law wasn’t present while she gave birth six years ago and she’s still paying for it. It’s only hurting the grandmother:

Yeah, my MIL could have written this, except she isn’t a nurse and she “disowned” us for our decision. She told me I was taking away the best day of her life. Six years later she still loathes me. Would make the same decision again in a heartbeat.

A former colleague of mine had the worst instance of this kind of thing I’ve ever heard of: her husband’s brother, his wife, AND THEIR THREE CHILDREN showed up in L&D while she was in labor with her son. Uninvited. She was at an 8. They stayed for an hour.

My mother-in-law literally tried to break into the delivery room when her first grandchild was being born.

It’s selfish of this woman to think of herself instead of her daughter-in-law. Has she forgotten what it’s like giving birth? the feelings and fears women can experience? being a former nurse, I would think this woman would have more empathy instead of resentment. Hopefully, the well-meaning advice offered by total strangers has helped this woman see how her daughter-in-law’s decision to exclude her from the birth wasn’t personal.