Mom In Labor Thinks Doctor Is Acting Strange, Then She Looks At His Feet And Sees It 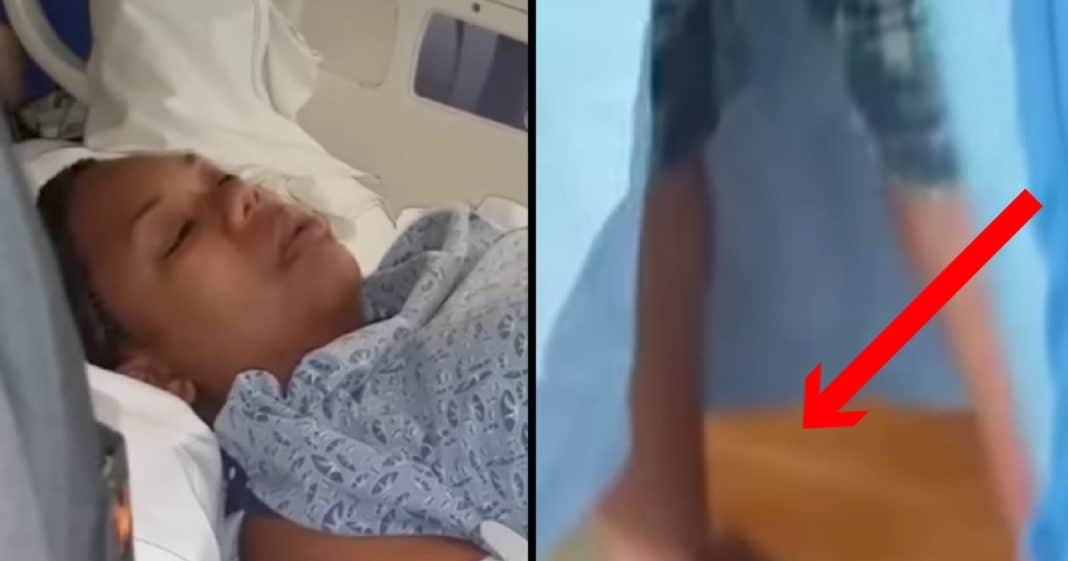 We put a lot of trust in our doctors. We expect them to know what they’re doing, act professionally, and help take care of them.

That’s what Las Vegas mom Alex Sims expected when she went into labor, but when her doctor walked in it was clear something was off.

Alex’s actual doctor was on vacation, so she was told on-call obstetrician and gynecologist Dr. Frank DeLee would be helping her deliver her baby instead.

When he came in the room, though, Alex’s mom, Sheree, said she could smell alcohol on his breath. Then Dr. DeLee started talking about how he had just come from happy hour.

“I smelled alcohol,” Sheree recalled. “That’s what preceded the conversation about him coming from the bar. Because I said, ‘Oh, he smells like alcohol.'”

She began to film the doctor with her cell phone, and what she captured is truly alarming.

“Wasn’t that many people in the bar when I left,” he told one of the nurses.

They then began to banter about his preferred choice of alcohol – tequila – and one of the nurses commented that DeLee had “been at happy hour since he left my C-section.”

That’s when Sheree noticed something that truly shocked her – under DrLee’s gown he was barefoot and wearing Bermuda shorts!

Then things got even worse.

“I kept telling the doctor, ‘I can feel everything. I think the epidural wore off,'” Alex recalled. “And he’s like, ‘Oh just scoot your fat ass down,’ and, ‘Oh, I bet you wish your doctor would have came back in town.'”

“It was just jaw-dropping,” she said later. “I just couldn’t fathom why all this was going on in the midst of me having a child.”

If all of that weren’t bad enough, when Alex’s son, Jared, finally came out, it was clear there was something wrong with his arm. Doctors later determined that DeLee’s rough delivery had caused Erb’s Palsy – paralysis of the arm due to nerve damage.

Alex now has a lawsuit against DeLee, as well as the nurses, who should have intervened when they realized the doctor was not fit to be working.

She has since learned that this was not the first time DeLee has been accused of malpractice. In 2012, he settled a case of “negligent vaginal delivery resulting in shoulder dystocia,” and also has another half dozen reports of possible malpractice that have involved insurance payouts totaling more than $2.7 million.

Now Alex is seeking not only justice for her and her baby. She wants to make sure DeLee can’t be in the position to hurt anyone else.

“Someone needs to be accountable,” she said.  “And I just feel like, if I don’t speak up for my child, who will?”

Do you think Dr. DeLee should be held accountable for his actions in the delivery room that day? So share this!