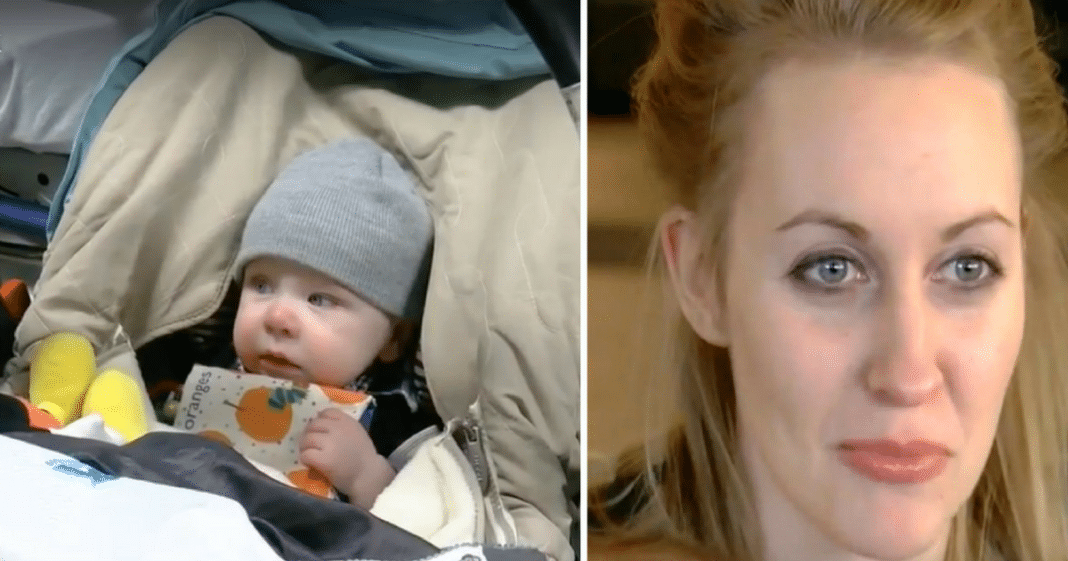 There are so many experiences new mothers exclusively love sharing with their infants. Breastfeeding, swaddling and cradling them are a few that allow mother and child to cement their bond. But for one mother of two named Ashley chestnut, she was harshly robbed of a vital bonding opportunity with her 5-month-old baby boy.

30-year-old Ashley enjoyed taking care of her toddler and new baby, but when her youngest was just a few months old, she noticed something wasn’t quite right; the astute mother couldn’t pinpoint the problem, but she had a feeling something was wrong with her. It wasn’t until her daughter Gracie’s second birthday party when everything came to a head for Ashley. 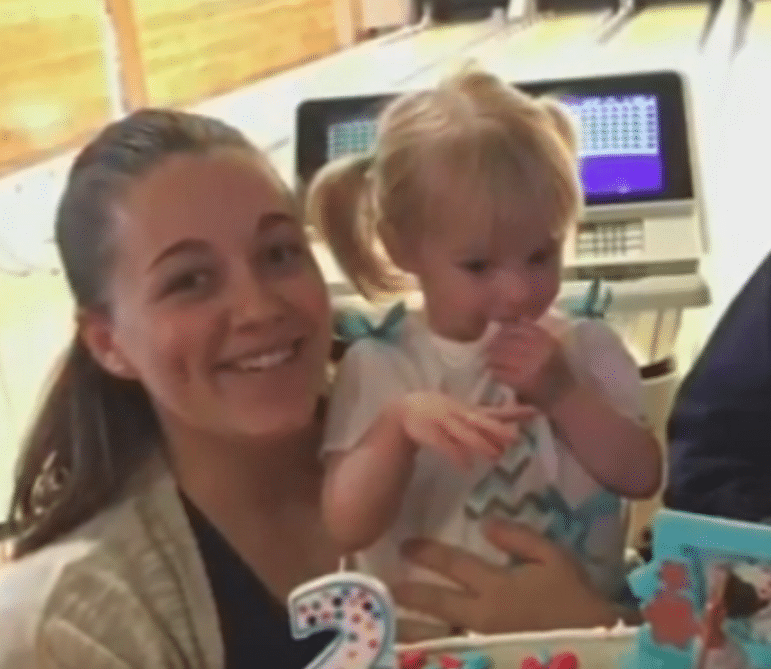 She excused herself from the party to feed her baby boy, Easton. She felt a pang hit her shoulder and chest; she described it like a freight train crashing into her. It knocked the wind from her; Ashley couldn’t speak or move. She couldn’t write this incident off, not when it rattled her to her bones. She knew it was time to seek medical intervention.

After a few visits to the doctor, she learned the terrible truth: She had cancer. 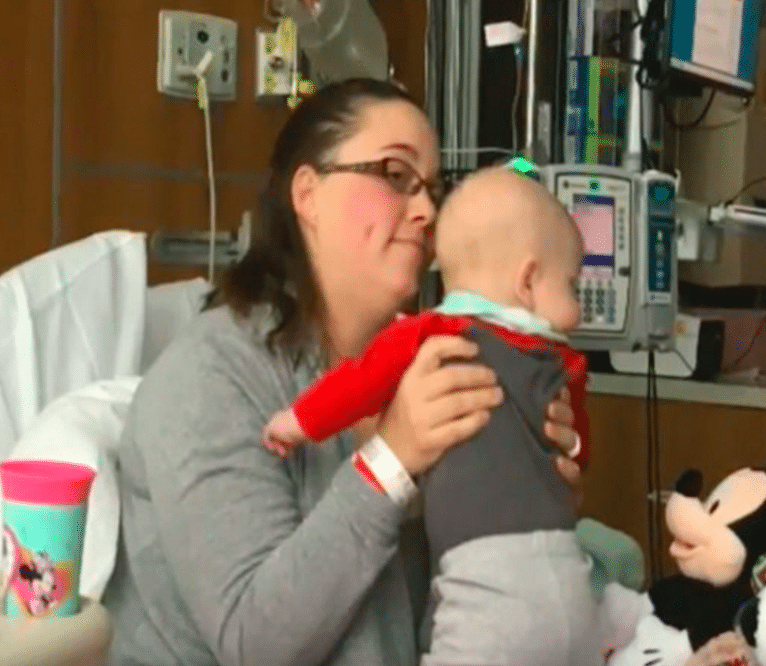 Doctors immediately started her on a chemo regimen. It bothered Ashley that her health would rob her sweet boy of her love and care for his first year and that she too would have these precious moments stolen from her. She was devastated when she couldn’t breastfeed her son. She’d pump her milk, but she’d always end up throwing it away. This was a gift she should’ve fulfilled for her precious boy. But all wasn’t lost for the heartbroken mother. 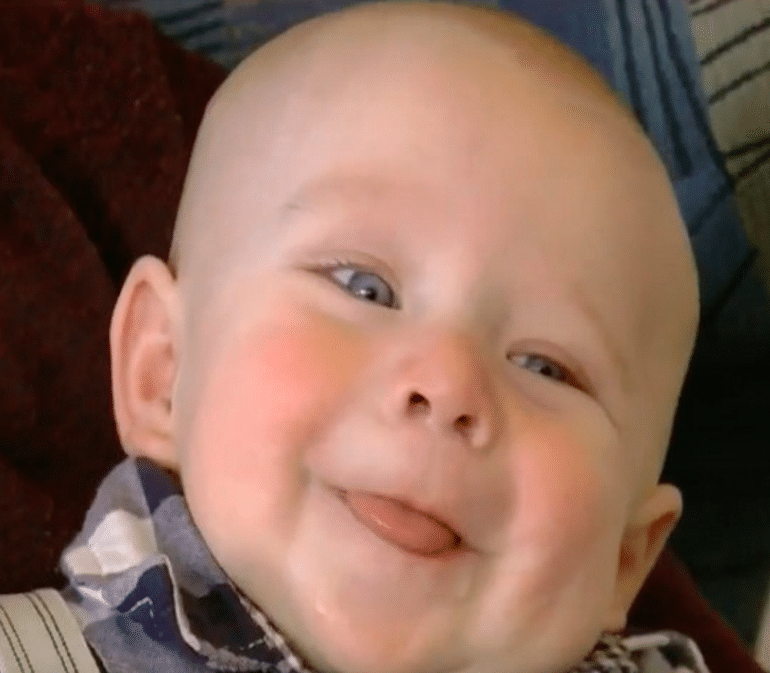 Jaclyn is a nurse; she overheard Ashley’s dilemma and knew she needed to help. She made her an offer she couldn’t turn down. Jaclyn donated 1000 ounces of her breast milk for baby Easton. 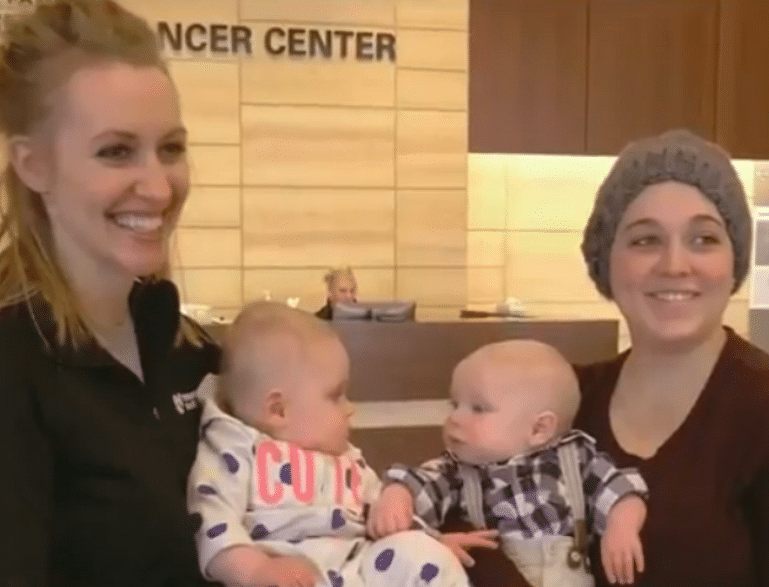 Just when everything seemed bleak and hopeless for the shattered mother, this kindhearted woman stepped in. Watch the video below and see how Ashley’s older sister also offered her hope and love during her trying time.