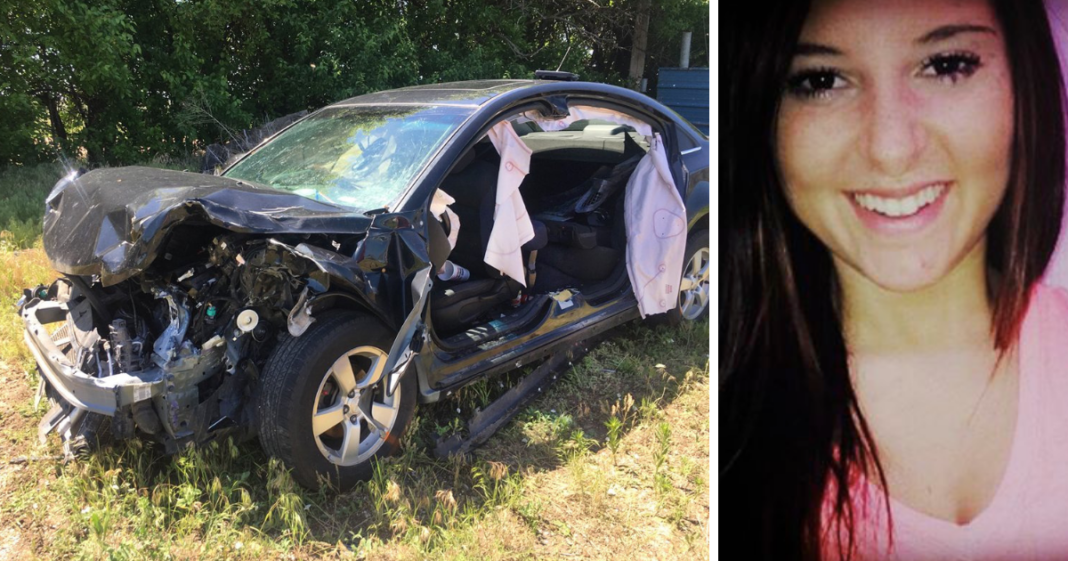 There is nothing like being a mother. No stronger love have I ever felt towards someone than the day I gave birth to my son. I know when I read stories like Jacque Tierce’s, I get a sinking feeling in the pit of my stomach. What if this happened to me? How could I possibly survive without my child? Tragically, Jacque is living this nightmare.

“All because of texting while driving, a 22-year-old’s life is cut short,” KDOT tweeted, “a son loses his mom and a mom loses her daughter.”

Jacque Tierce remembers hearing sirens at about 8 a.m. and praying for whoever was involved in the emergency.

Then, a few minutes later, she received a message from her daughter’s coworker, Tierce wrote in a blog post for the Kansas Department of Transportation. Her 22-year-old daughter, Danielle Delgado Garcia, was late for work — something that never happened.

She found out moments later that Danielle had made daycare plans for her son, Jayce, so that she could go to work at about 7:30 a.m. on May 26. Jayce’s other grandma was picking him up before Danielle left home, Tierce wrote in the KDOT blog post.

That’s when Tierce knew those sirens were for her daughter.

All because of texting while driving, a 22-year-old’s life is cut short – a son loses his mom and a mom loses her daughter. #PBFDKS Read Jacque Tierce’s story – https://t.co/h2eiNcOv8N pic.twitter.com/cW9jRXudso

She remembers getting a phone call from Danielle’s phone a few minutes later, the blog post says.

“I answered, knowing it would not be Danielle’s voice on the other line,” Tierce wrote.

She was right. It wasn’t her daughter. It was a trooper from the Kansas Highway Patrol using Danielle’s phone.

Just before 8 a.m. that day, Danielle had been involved in a crash. She was driving eastbound on U.S. 56 in Larned when her Chevy rear-ended a semi that was turning right, according to a crash report obtained by the Hays Post.

“Mom, it hurts so bad Mom. My stomach hurt so bad.”

Those were Danielle’s last words.

“I got to tell her I loved her and squeeze her hand before she went out again and was loaded into the helicopter,” Tierce told KDOT.

Her daughter died that same day while in a Wichita hospital. 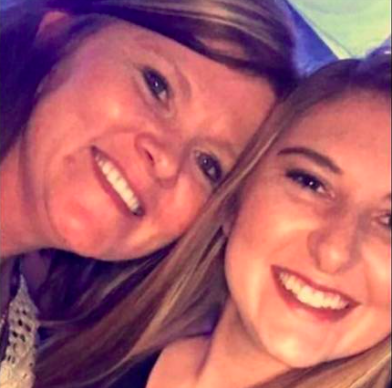 “The nights are the worst,” Tierce told KAKE. “When you have time to think about the last conversation I had with her.”

Tierce later learned that her daughter had been texting via a social media app called Snapchat when she crashed.

Less than two weeks after her daughter’s tragic death, Tierce started a campaign to encourage people to stop texting while driving — #doitfordanielle.

Posted by DoitforDanielle on Thursday, June 7, 2018

She wants to raise awareness by sharing her daughter’s story.

“No text message, facebook post, or snapchat is worth a life,” the campaign photo says. “Please put your phone up while you are driving.”

In just 2016, 3,450 across the U.S. were killed in crashes involving distracted drivers, according to the National Highway Traffic Safety Administration.

“Texting is the most alarming distraction,” according to the NHTSA. “Sending or reading a text takes your eyes off the road for 5 seconds. At 55 mph, that’s like driving the length of an entire football field with your eyes closed.”

My heart breaks for Jacque. I can’t imagine the pain she must be feeling. My heart also breaks for Danielle’s son. No one deserves to go through something like this. I pray that Jacque’s fight to spread awareness saves lives. Please, pay attention to the road while you’re driving. We all get distracted by phones. It only takes a second…