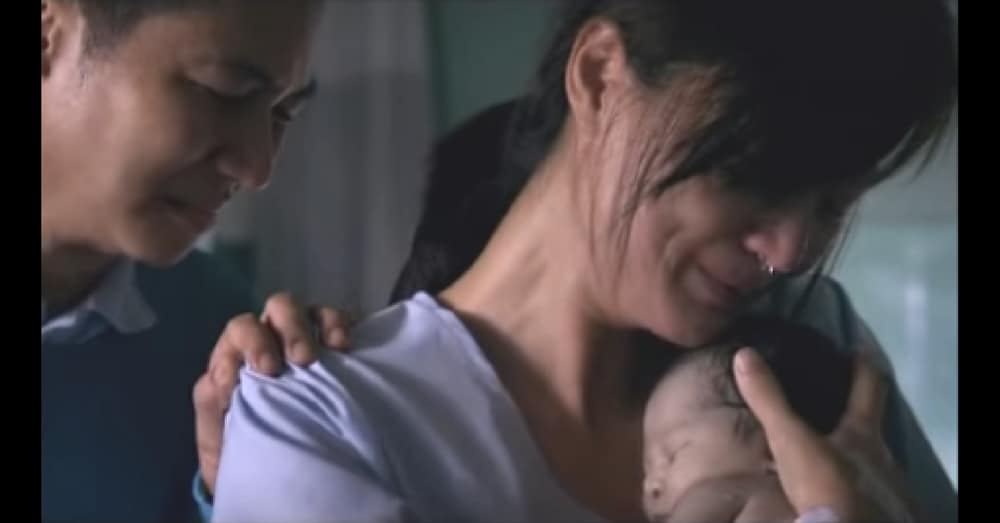 There is nothing more heartbreaking than the loss of a child. As I heard one person say, it’s not natural to lose a child – the parent should be the first to go.

Any mother who has been through a stillborn birth can tell you the intense pain that accompanies it. She went to the hospital expecting to come home with her new child, but has to bury him or her instead.

This mother knew that pain firsthand. She gave birth to twins, but while one was born healthy and strong, the other quickly turned blue and lay there silently.

While the parents were still joyful that one of their children had survived, there was also intense pain that accompanied that joy, knowing they would not be able to bring the twins home together.

The mom picked up her still baby to hold him one last time. “Are you sleeping?” she pleaded. “Wake up, wake up my little one.”

As she cried over her child, though, something incredible happened that left her, as well as the doctors and nurses in the room, absolutely floored.

Click below to see the miraculous moment for yourself:

While this video is a commercial, it was based on the true story of a mother who gave birth to twins, only to have one of them stop breathing and be pronounced dead.

But while medical advancements couldn’t bring her baby back to life, as soon as he felt his mother’s touch his began to fight, and ultimately lived.

This video is a beautiful testament to the power of a mother’s love, and a reminder to hug our loved ones close and appreciate each and every moment we get to have with them.

Were you as touched by this moving story as we were? So share this!