Mom Holds Premie Twins For 1st Time, But Something About Picture Catches Her Eye 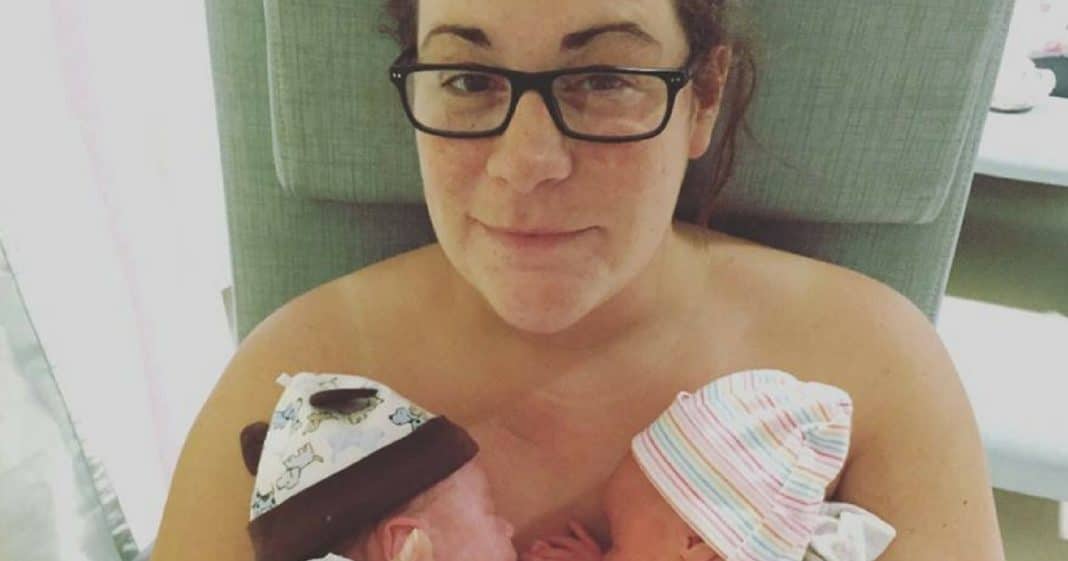 While there are all different kinds of “tough” people in this world, I would wager that the toughest people on earth are moms. Just look at what they go through to bring their children into the world! And that’s just the beginning!

New mom Brittany Wilkes had an especially tough go of it. Her twins were born about a month early, and that meant that instead of holding them in her arms and kissing them like she had dreamt, the babies were whisked away to the NICU.

For seven days they stayed there until they were finally strong enough for her to hold them close to her chest.

And that is when the most beautiful thing happened.

As soon as the twins, who had spent eight months together in Brittany’s womb, were close to each other again, they reached out and grabbed each other’s hands.

Brittany recently shared a photo of that sweet moment, and her story has been going viral.

“I swore this photo would never see the light of day because of my face,” she wrote. “Truth is this is the face of 7 days of nonstop crying and worrying.”

Thankfully now her twins are strong and healthy. They have overcome the obstacles that came with their early birth.

Brittany says this picture will always remind her of the struggle, and how she came out the other side better for it.

“This picture gives me that lump in your throat moment,” she wrote. “But mostly it shows me all I can go through and still come out happier than I’ve ever been.”

Do you have a strong mom in your life? So share this!