Mom Heartbroken After Miscarriages, Then Goes In For 1 More Ultrasound And Almost Faints 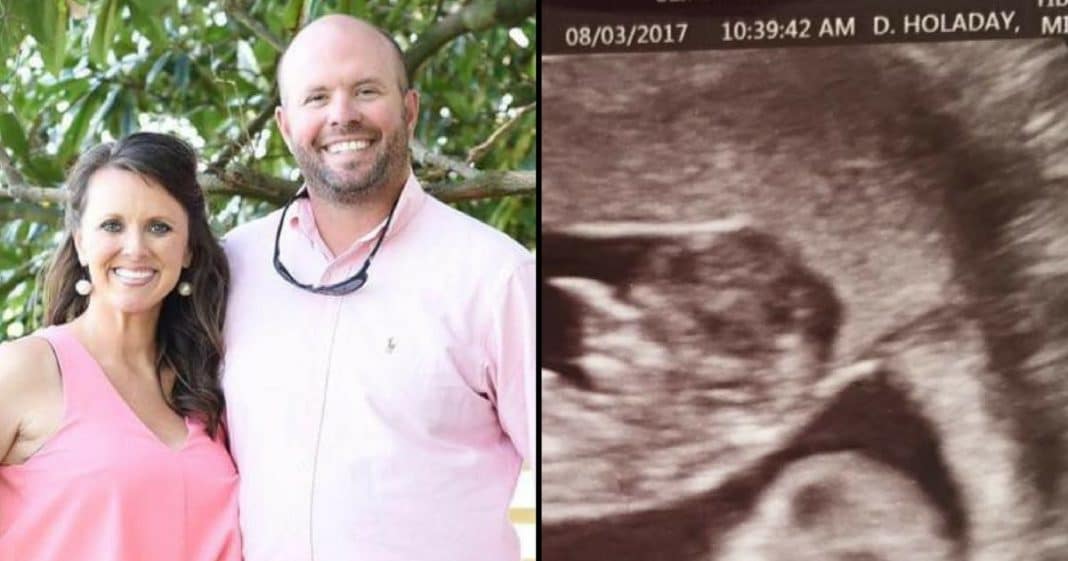 When Eric and Courtney Waldrop met in eighth grade, they knew it was a match made in heaven. They married in 2004 and couldn’t wait to start a family together.

“I knew I wanted a houseful,” Courtney said.

In 2008, the Alabama couple welcomed their first son, Saylor; but after that, things weren’t so easy. After several heartbreaking miscarriages, twin boys Wales and Bridge joined the family in 2012 with the help of fertility treatments.

At the beginning of this year, Courtney and Eric decided they wanted to expand the family again. They were overjoyed when Courtney found out she was pregnant again, but sadly, just a month later, she had another miscarriage.

“It was devastating because I can get pregnant so easily, I just can’t hold on to them,” Courtney said.

They knew that if they wanted more children they would probably have to turn to fertility treatments again.

Courtney’s doctor put her on a low-dosage treatment that was supposed to minimize the chances of Courtney having more than two babies. Soon after, Courtney discovered she was pregnant again.

In May, the Waldrops went in for an ultrasound knowing there was a possibility of twins again. But when the couple looked at the image on the screen, they were in shock. Courtney was carrying six babies!

The moment of joy was quickly overshadowed with worry and fear. Doctors began to lay out the risks involved with carrying sextuplets, including gestational diabetes, preeclampsia, low birth weight, and an extremely high risk that the babies will be born prematurely.

“I was scared to death,” Courtney said. “I’m a smaller framed girl, and my first thoughts were on how I was going to successfully get six kids here without something happening to them or me. There was a lot of fear. We didn’t know what to do or think.”

Doctors recommended selective reduction, a procedure where some of the babies would be aborted to lessen the health risks to Courtney and the other babies, but the Waldrops were extremely conflicted.

“Our faith in God is very strong, and we never would have thought we would have considered that,” Courtney said. “But with the risks involved, no doctor could sugar coat what could happen. The risks are real for me and for the babies.”

The couple wrestled with the decision, but ultimately decided to let their faith guide them.

“When we finally got far enough along to see the heartbeats, that’s when it all changed,” Eric said. “We turned it over to God and we realized he was going to get us through it.”

“God has given us these babies, and He has a plan,” Courtney agreed. “And it’s bigger than ours was.”

When Courtney and Eric went back for another ultrasound and got to marvel at the images of all the tiny fingers and toes of their future children, they felt confident in their decision; but they know they still have a long, hard road ahead of them.

Thankfully, the members of their tight-knit Albertville community have rallied around the family to show their support. On August 26, they will hold a 5k run to raise money for the family. Just before the run, colored smoke bombs will be released that will reveal the sex of the babies.

For now, the Waldrops are just holding onto their faith for strength and peace in the midst of this crazy time.

“It’s been an incredible journey filled with all emotions—fears, excitements, worry, happiness—everything,” Courtney said. “There is just a lot of uncertainty that we won’t be able to clear until they get here.”

The couple said they’re not even worrying about picking out names right now. For the moment, there’s only one thing that’s on their minds: