Mom Hears Stranger Trying To Kick Down Her Door At 5 A.M., Has No Idea He’s Saving Her Life 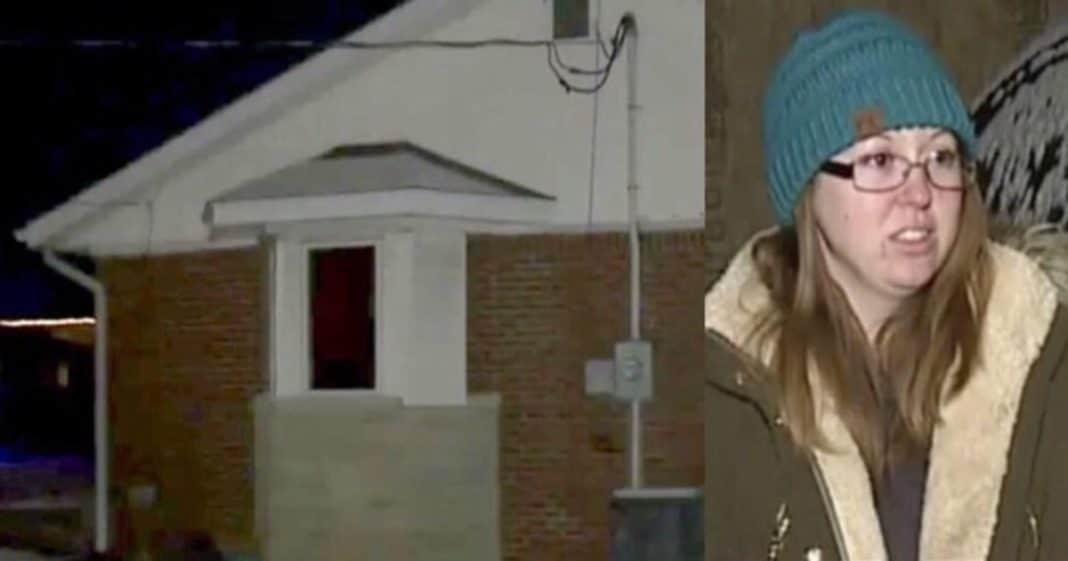 There are fewer things more frightening than having someone attempting to kick down your door early in the morning. Abruptly you’re awakened from your slumber. Your heart races and alarming thoughts rush through your mind.

Who’s at my door? What do they want? Do they wish me harm? Am I putting myself and my family in danger of going to investigate?

One Martinsville, Indiana woman and her family had a scary wake-up call a few days after Christmas when they thought an intruder was trying to kick down their door. The situation wasn’t at all what she or her family believed.

This mother, Danielle Howe and her husband, Curtis were inside their home asleep with their two young children; it was 5:00 a.am. “I woke up to somebody banging on our door, just saying, ‘Open! Open the door!”

Danielle didn’t immediately obey the command. She was obviously apprehensive. All that would change when she heard what he would say next.

Her family’s detached garage was on fire. The flames were quickly spreading. The blaze was feet away from reaching their home when the strangers came to their rescue. The Howe’s angels? Construction worker Nicholas David and two nurses – Michelle Blundell and Heather Harp.

Nicholas was on his way to work that early morning. While Michelle and Heather, (who work the night shift at a nursing home), all spotted the flames and decided to jump into action to save the family.

“We’ve seen them around, seen the kids outside,” Michelle said. “I knew they had babies. We were getting in the house one way or the other.”

This trios determination saved the lives of a family and their dog. The Howe’s all got out safely. The fire department arrived and put out the fire. Thankfully, it didn’t reach the Howe home.