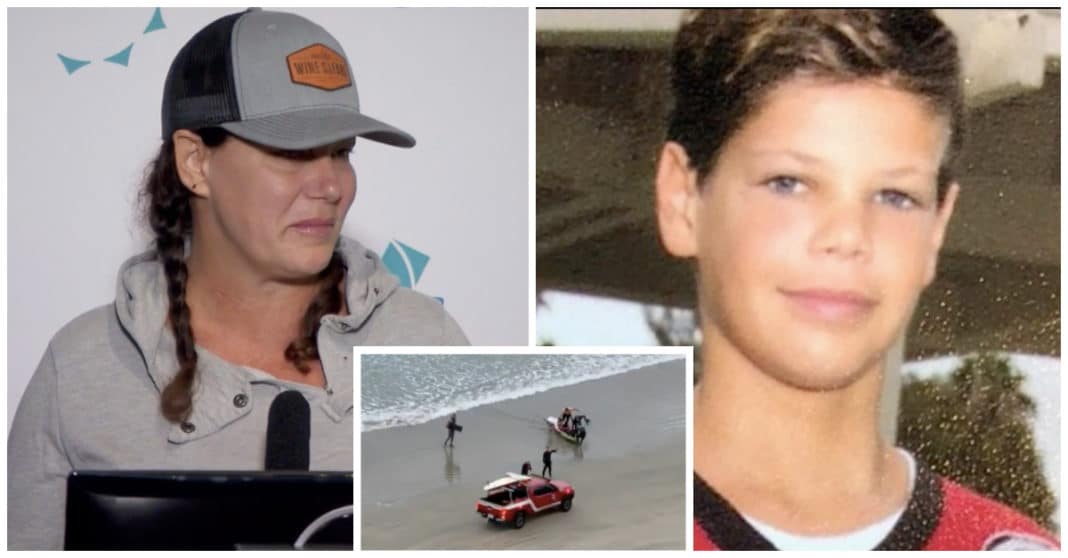 A young boy was seriously injured in a shark attack, but his mom is calling him a “miracle.”

13-year-old Keane Webre-Hayes suffered a large shark bite on September 29, 2018. The attack happened while Keane was diving for lobsters in the ocean off the coast of Encinitas, a beach city in the North County area of San Diego County, California.

Before the attack, Keane’s mom Ellie said her son was “emphatic” about going lobster diving and insisted he was going to cook her a lobster dinner afterward. Ellie was standing on the cliff in the parking lot when she heard the commotion but says she did not see the attack happen.

The shark attacked Keane while he was diving with a friend in about 9 feet of water about 150 yards offshore. Witnesses estimated the shark was about 11 feet long, but the type was not known. Keane was left with major injuries to his upper body.

Chad Hammel, a kayaker in the water nearby, helped rescue the boy by pulling him onto the kayak and ferrying him to shore. He heard Keane screaming “I got bit! I got bit!” and saw the teen panicking.

“His whole clavicle was ripped open,” Chad told reporters. “We told him he’s going to be okay, he’s going to be alright — we got help. I yelled at everyone to get out of the water: ‘There’s a shark in the water!’”

Keane was airlifted to the hospital where Dr. Tim Fairbanks, chief of pediatric surgery at Rady’s, said Keane remained in serious condition from what he described as a very large and very deep bite that reached the chest wall. It tore his left upper back, shoulder, torso, face, and ear but did not damage his vascular system.

“We got very, very lucky, and we know it, and we are very thankful,” Ellie said alongside her husband and Keane’s stepfather, her voice choking as she spoke of how much she loved her son.

“I think Keane is a miracle,” Ellie said at the hospital press conference. “I think he’s very, very, very strong and he’s a survivor now.”