Mom Goes To Daughter’s Daycare, Looks Down In Horror When She Sees What Staff Did To Her Feet 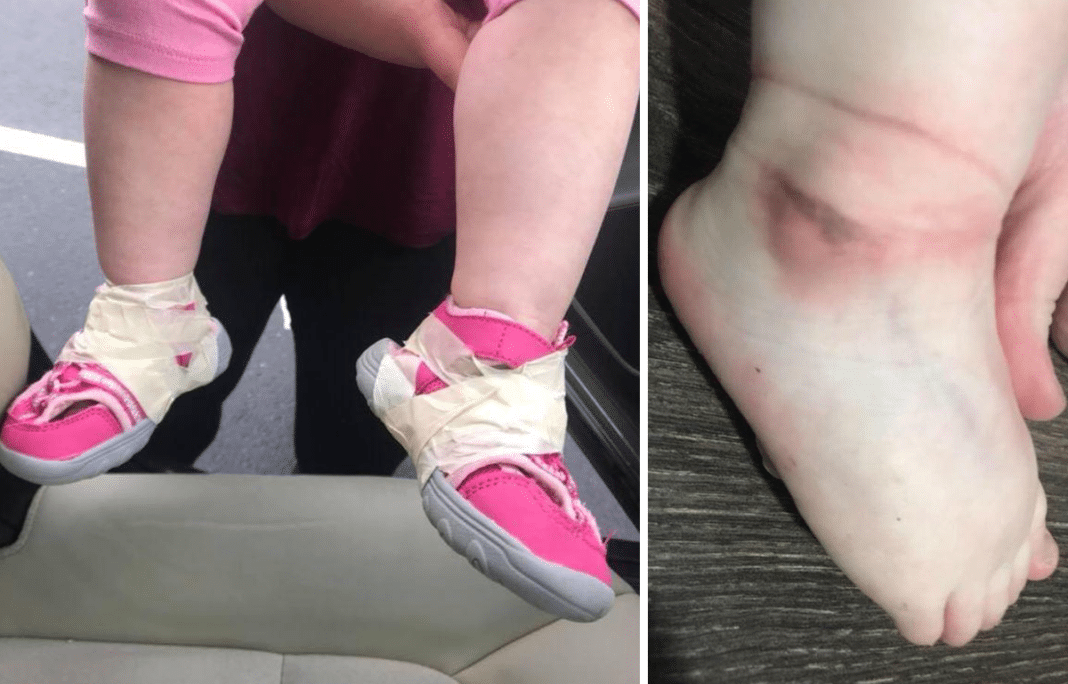 A children’s daycare in Elkin, North Carolina came under intense scrutiny after a mother named Jessica Hayes posted pictures to Facebook of her 17-month-old daughter with masking tape wrapped around her shoes and ankles and the bruises and swelling that resulted from removing the tape.

“I am upset that this happened to my child as someone was clearly upset that she was learning [to] take her shoes off and done it out of being aggravated. This was also not just her shoes being taped up it was around her ankle,” she wrote.

Two employees of the Pleasant Hill Baptist Church Daycare were accused of taping her daughter’s shoes on, and shockingly another person came forward on Facebook to say the same thing had happened to them. 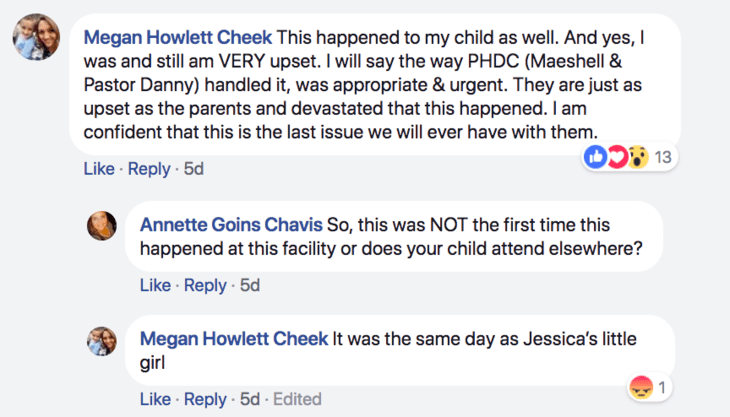 While the employees may have thought it was harmless, the photos tell a different story, since you can clearly see where the tape had irritated the skin and even caused swelling. 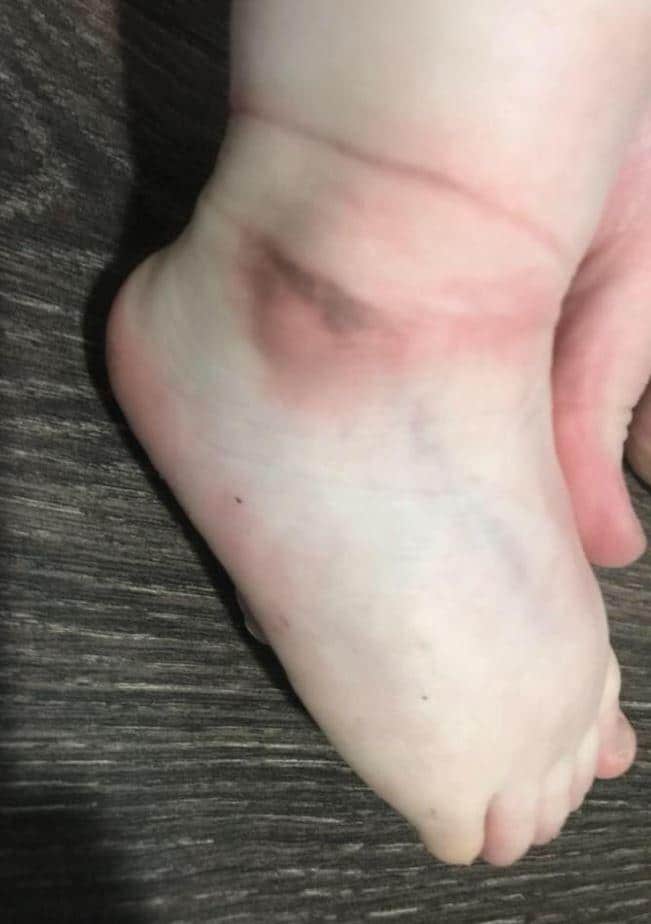 The angry mom described how it felt to find her daughter that way.

“Yes it does hurt and break trust when you put that trust into two individuals who have been with my daughter since she was 6 weeks old, and come in to her shoes being taped on to her as well as her ankles. This was left on long enough and tight enough to leave marks, cause swelling, and bruise.”

The mom reported the incident to the director of the daycare, who she said “was just as speechless as I was.”

After viewing footage of what took place, the director immediately took action, firing the two employees involved. Jessica was satisfied they had quickly resolved the situation and she very generously opted not to reveal the names of the accused in a letter that informed other parents that an incident had taken place.

Later on, Jessica experienced backlash from other parents, who she says made her feel “unwelcome” for making the post on Facebook.

“I have felt very welcomed by the director of the daycare but as for all the stares and bad looks I get from the parents with my child beside me, how immature and disrespectful can you be?” she wrote.

“My child and I have never felt so unwelcome by ‘Christian people’ and this will be the reason my child gets removed once opportunity arises.” 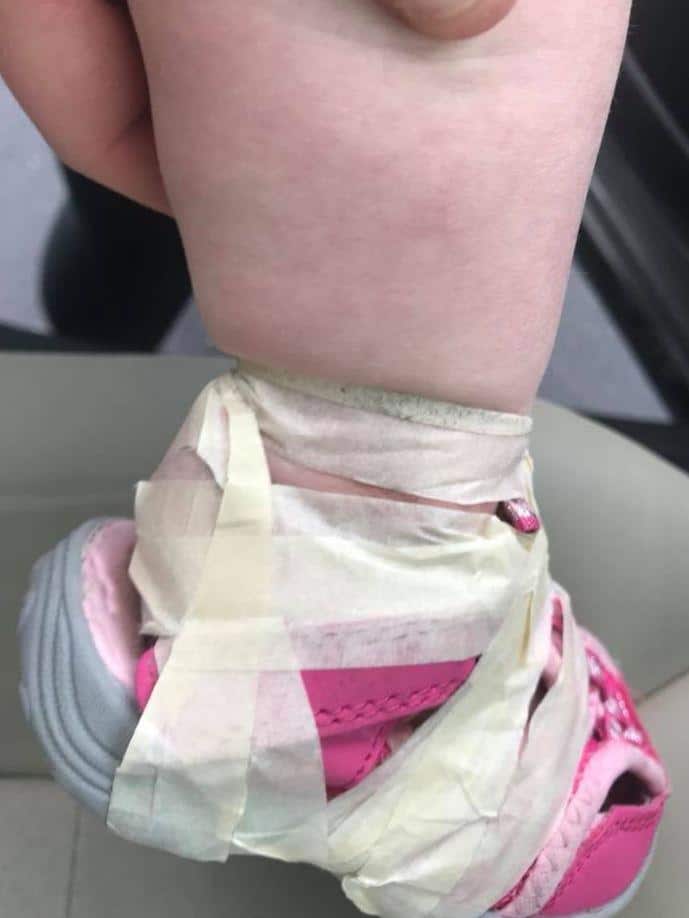 The tape wrapped tightly around her child’s ankle

By coming forward this mom was able to make sure this type of abuse didn’t happen to others in the community. Her story might encourage others to come forward if they experience something like this. For that, we give her a big thank you.