Mom Goes In For Routine C-Section, Wakes Up To Find Both Legs Missing 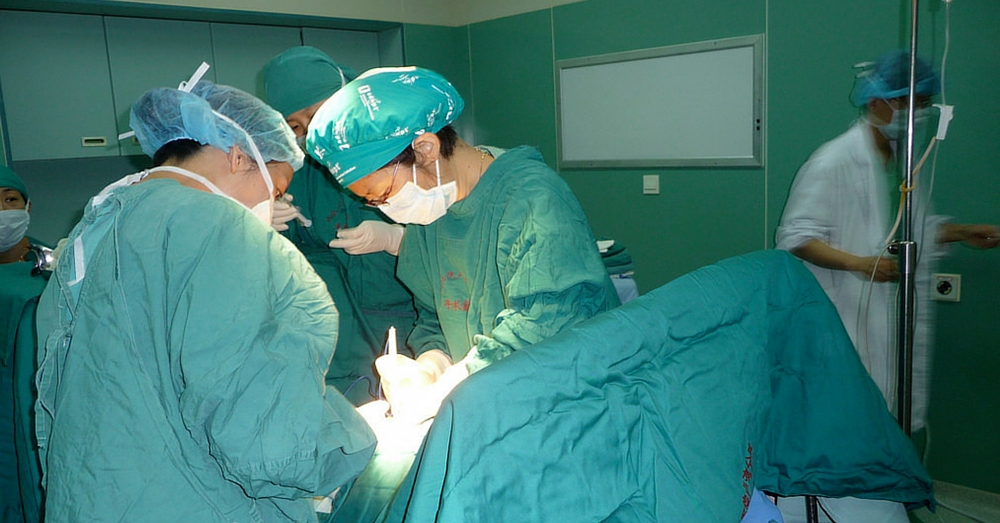 In a story that sounds like it could be straight out of a horror movie, 31-year-old Ella Clarke of Torquay, England, went in for a routine C-section and woke up to discover that both of her legs had been amputated.

Ella couldn’t wait to meet her eighth child – a baby girl. Midway through her pregnancy she was told that she would have to deliver via C-section because she had a condition known as placenta previa, or low-lying placenta. Six of her children had been delivered the same way, so she wasn’t worried.

Ella went in for her C-section and was put to sleep. She had no idea that she would awaken to a nightmare.

Apparently Ella’s placenta had embedded itself too deeply into her uterine wall, a condition known as placenta accret, which caused massive hemorrhaging. Doctors ended up performing an emergency hysterectomy, gave Ella five blood transfusions, and placed her in an induced coma.

While Ella was in the coma doctors were supposed to monitor her every hour for blood clotting. Somehow, though, six hours passed before she was checked.

When doctors finally did check on her, blood had clotted in her legs, stopping circulation and cutting off blood supply to her lower limbs. By the time they caught it it was too late – doctors had to amputate both of Ella’s legs in order to save her life.

Doctors told her her legs had been amputated as a result of complications from the C-section. “At the time I was in a haze of medication and I don’t think it really sunk in,” she said. “But the reality of the situation soon started to hit home when Winter Rose was placed in my arms and my restricted future flashed before me.”

Now the once-active mom is wheelchair-bound and trying to get used to using prosthetics.

After several months the hospital did apologize for its mistake and there is an ongoing investigation into what went wrong, but that doesn’t change what happened.

“Going into hospital to have a baby should have been the best moment of my life,” Ella said. “Instead my world has been shattered.”

Were you shocked by what happened to this mom? So share this!