Mom Gives Birth To 3rd Set Of Twins, But When She Sees Birth Certificate She Can’t Believe Her Eyes 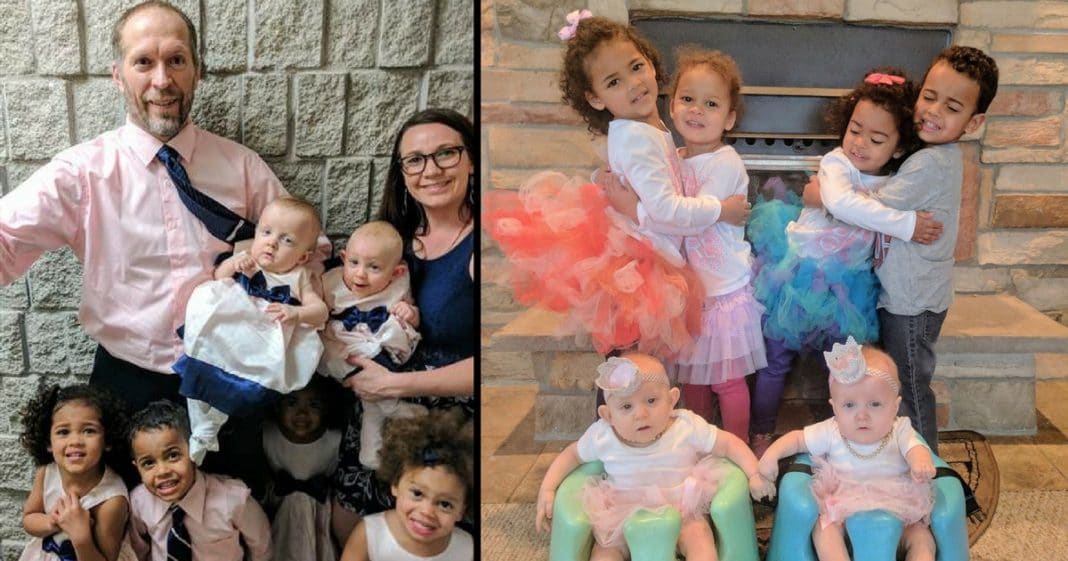 February 28 is a big day in the Kosinski home – it just so happens to be the birthday of all six of Craig and Carrie Kosinki’s children.

The Union Grove, Wisconsin, couple always had a heart for adoption, but they planned to have their own biological children first before adopting others. However, when they got a call almost four years ago from a woman asking if they would be open to adopting her twins, they knew it was what they were supposed to do.

“She said she was pregnant and wasn’t able to give the babies the lives they deserved and wanted to put them up for adoption,” Carrie recalled. “We just felt like that was what God wanted us to do, so we decided to put our own plans down and pursue the plan that God had for us and that was to adopt first.”

The Kosinkis established legal guardianship of Adalynn and Kenna when they were 3 months old and began to build a life together as a family of four.

Then, about a year later, the twins’ mother reached out to Craig and Carrie again and asked if they would be willing to adopt JJ and CeCe too. The Kosinkis said yes.

Fast-forward a few months: in September of 2015, Carrie found out she was expecting. About a month later, she learned they would be having another set of twins!

The twins were due on June 12, 2016, but Carrie had a complicated pregnancy and, at 24 weeks – and after six weeks of hospital bed rest – her water broke and she gave birth to Clarissa and Karraline…via emergency C-section…on February 28, 2016!

The siblings may all share the same birthday, but Carrie says they each have their own individual personalities.

“They are all very different,” she said. “Each has their very own personality, which is very fun, but we get pulled in six different directions.”

The Kosinkis said they want to share their story with others to help open up other people’s hearts and minds to adoption.

“We believe that because God adopted us into His family that we were meant to adopt these children into our family,” Carrie said. “It’s such a huge blessing to us. We love all our children the same. We wouldn’t want our lives to be any different.”

Were you amazed to see these 3 sets of twins all born on the same day? So share this!