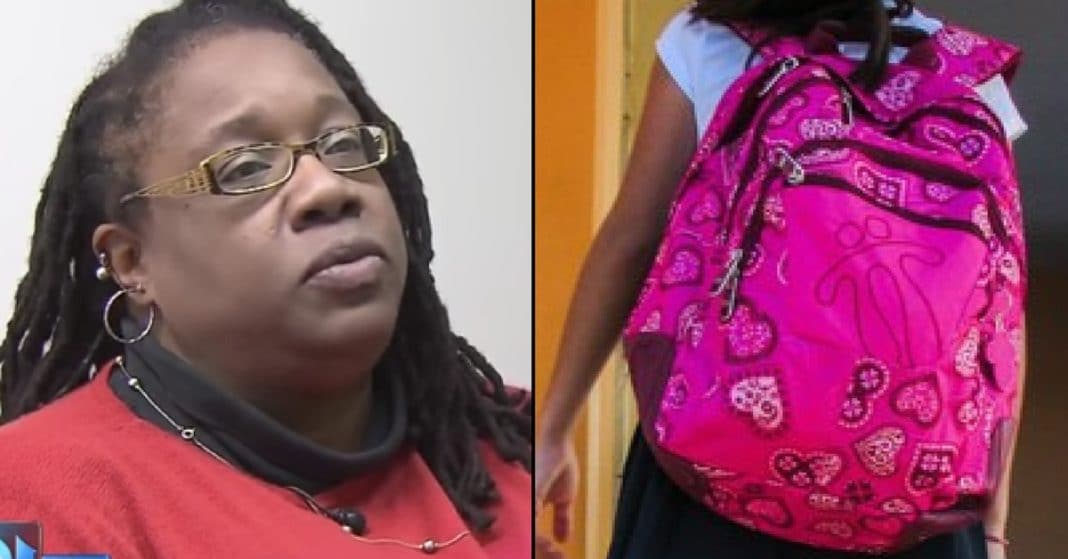 When their children are being mistreated or are in trouble, all a parent wants to do is protect them. They can’t always be there when their kids have problems and children need to learn how to handle things on their own, but sometimes adult intervention is necessary.

Bullying has always been a problem in schools. It’s a terrible behavior that can have long-term emotional consequences. Schools are taking steps to stop harassment, but it still happens.

And what should a parent do if the school district or school itself doesn’t intervene? Consider how the parent feels knowing their child is being teased and bullied and no one in a position of authority is doing anything to stop it.

That’s the position one Virginia mom found herself in and she decided to take matters into her own hands.

Sarah Sims has a 9-year-old daughter who is being bullied at Ocean View Elementary School in Norfolk. Sims reached out to school administrators for help but received no response.

According to Sims, this wasn’t a one-time issue – her daughter has been bullied in previous years. Once while on the playground, the little girl was kicked in the stomach and Sims wasn’t notified by the school. There was another incident where she was hit with a jump rope. Sims claims the school didn’t contact her about that event either.

Not getting any help or support from the school, Sims decided to investigate on her own.

In September, she sent her daughter to school with a digital audio recorder hidden in her backpack. She wanted to record audio of the bullying and see if anything was being done about it.

“I’m a full-time student, so I don’t always get the opportunity to be on the premises, and I thought that this would be a good way for me to learn the environment,” Sims explained.

Somehow, school officials wound up finding the device and took it away from the little girl. But did they finally realize the error of their ways and do something about the bullying? No.

About a month later, in a shocking twist, Norfolk police charged Sims with a felony for intercepting wire, electronic, or oral communications. They also gave her a misdemeanor charge for contributing to the delinquency of a minor. If convicted, she faced up to five years in prison.

Virginia is a one-party consent state, meaning that as long as one party to the conversation consents to being recorded, it is perfectly legal. That means what Sims did was legal since her daughter was involved in the recorded conversation and had consented to the recording of the conversation.

Sims turned herself into police on November 6 and all charges were dropped shortly after. Thankfully, the prosecutor realized the foolishness of pursuing them.

Sims is now working to have her record expunged and is considering legal action against the school system or the city of Norfolk.

No mother should have to take such drastic measures to protect their child. Sims’ actions may have been extreme, but what choice did she have?

After all this, we hope the district has learned a lesson and will take actual efforts to address the bullying happening in its schools. They need to listen, respond, and take action to protect their students.

Do you think Sims was right to send the audio recorder with her daughter to school? So share this!