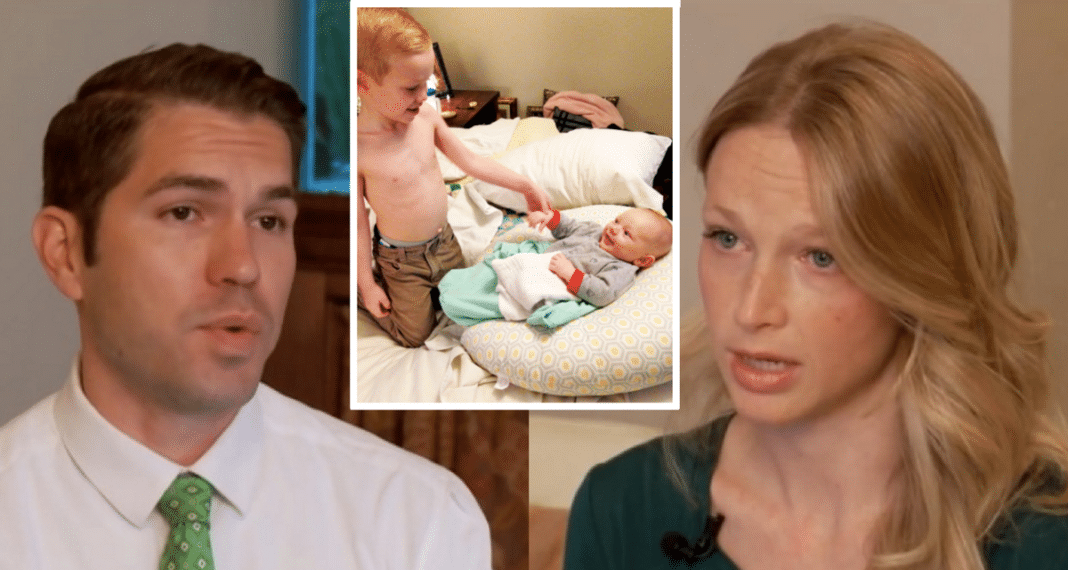 New parents do all they can to educate themselves about child safety. Sometimes though, the hardest lessons come at the most devastating costs. Ali and Derek Dodd are two heartbroken parents from Oklahoma; their 11-month-old son, Shepherd, died while in the care of an in-home daycare provider. Tragically, little Shepherd’s death was totally preventable.

This one morning started out like many others. Derek kissed his wife and infant son goodbye before heading off to a school where he worked as a teacher. Meanwhile, Ali got their little guy ready. She was going to drop him off at an in-home daycare. This woman had come highly recommended by a trusted family friend.

Ali asked if she could bring Shepherd’s rock’n’play so the boy wouldn’t be lying on his back all day. When the caretaker saw the device, she told the mother she couldn’t let Shepherd sleep in it.

Here’s where events could’ve been changed. Derek penned an article for Your Tango. The daycare provider let Ali in on a secret. “…this childcare-giver confided that she had been cited by the Department of Human Services (DHS) 10 days earlier for allowing another infant to fall asleep in a swing and that they told her how dangerous both car seats and swings were for babies to sleep in.”

This should raise numerous flags in a parent’s mind. First, why weren’t she and her husband informed this woman was being investigated by DHS? Those are serious allegations and shouldn’t be taken lightly. I’m not blaming the parents for what happened to their son. I don’t wish what they experienced on anyone, but logic should’ve won the day. If I were in their situation, I’d do all I could to avoid letting my child be cared for by this woman. I’d wait until the completion of the investigation to decide whether I’d allow my child to be placed in her care.

Ali had to return home because she forgot feeding bottles. She spotted a baby carrier and grabbed that, thinking the woman charged with minding her child could keep Shepherd with her. the carrier had straps that allowed the baby to be attached to an adult. The sitter wouldn’t need to set him down if she didn’t wish.

If only…these are famous last words proceeding truly horrible events. “When Ali returned, the childcare-giver reported that she had come up with a plan: She would sit the rock’n’play in front of the couch so Shepard could nap in it, so if DHS stopped by to “check on  her,” she could just pick him up and answer the door with him. This ensured she wouldn’t get in trouble. Ali, feeling confident the attention Shepard would be getting would be more than sufficient…”

The caregiver placed Shepherd in a car seat, an apparatus usually very safe for children. Indeed, car seats have saved countless babies lives, but they can also pose a danger to them. 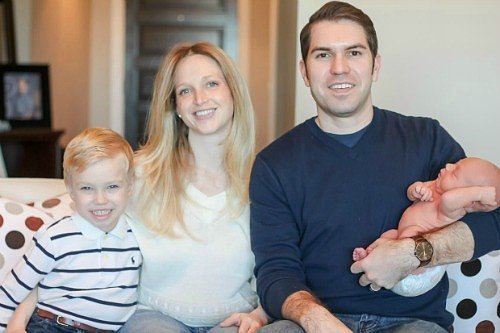 The sitter placed the little man in a car seat that sat on the floor. She forgot about him for two hours. By the time she remembered he was there, Shepherd was already blue.

“It’s documented in her public file that she specifically inquired about infants napping in their car seats. DHS told her that sleeping in the car seat was a dangerous practice and would increase the chances of SIDS. She was told this just TEN DAYS before she chose to put our child in an unbuckled car seat on the floor, swaddled, where he wiggled down until he lost his airway….”

Babies don’t have the strength to lift their necks. Experts warn that car seats are to be used only for transporting children and nothing else. If they slouch down too far in the seat, their heads can fall forward and block their airway.

“As I rode in the van in front of the ambulance, I had to prepare myself for life without my son and the grief that would follow. When we arrived at the hospital, as they wheeled him past me into the E.R, I gave him a kiss on the forehead. He was cold.”

If there was ever a time to learn from another’s experience, I’d say this is it. “Unsafe sleep surfaces are a REAL danger. We’re looking to focus the attention to safe sleep standards so they can protect Oklahoma’s children from negligent decisions.”

Shepherd’s official cause of death was “positional asphyxiation.” His parents are working hard to ensure no other child shares the same fate. Through information and education, they hope to prevent any future child deaths.