Mom Dresses Like Man To Take Son To School. When I Heard Why… This Is Awesome! 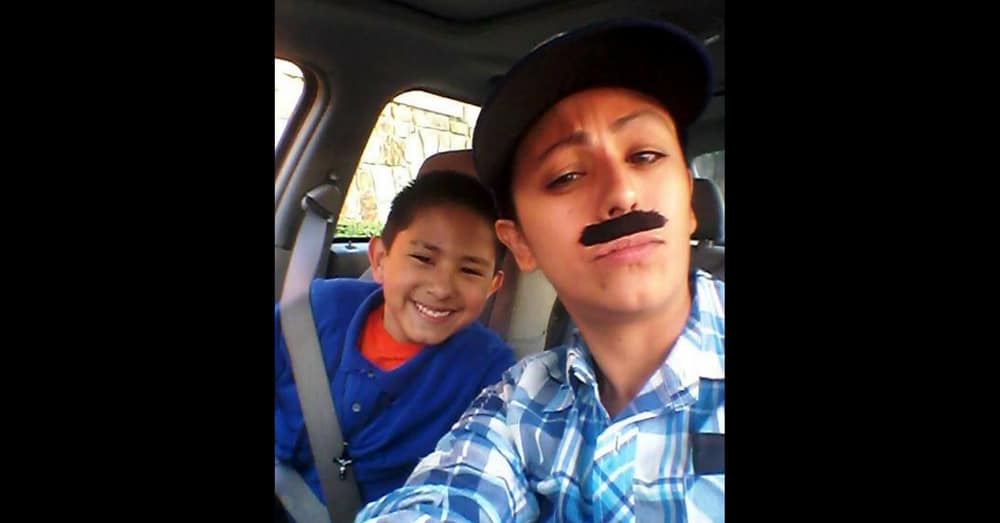 Some single moms say they have to be both mother and father to their kids.

So a Texas mom decided to dress for the part when her son’s school had a Donuts with Dad event.

Yevette Vasquez of Fort Worth dressed liked a dad — with a baseball cap, plaid shirt, fake mustache and a dash of cologne — so her son, Elijah, wouldn’t miss out on the event.

She posted the pictures of her dad getup on Facebook, and it’s been a viral hit, shared thousands of times.

When she and Elijah had first pulled up to Sue Crouch Intermediate School last week, she wondered why there were so many cars in the parking lot. That was when Elijah told her about the doughnuts event, slyly adding, “You got 10 minutes until the bell rings.”

Since they live only a block from school, they raced home and put together the dad outfit in just 7 minutes.

Elijah helped by giving her the mustache and his plaid shirt. He also shaped her look.

“He was telling me what I should wear,” said Vasquez. And when it wasn’t manly enough, he let her know.

Read more about this courageous mom and the response she received at CNN.