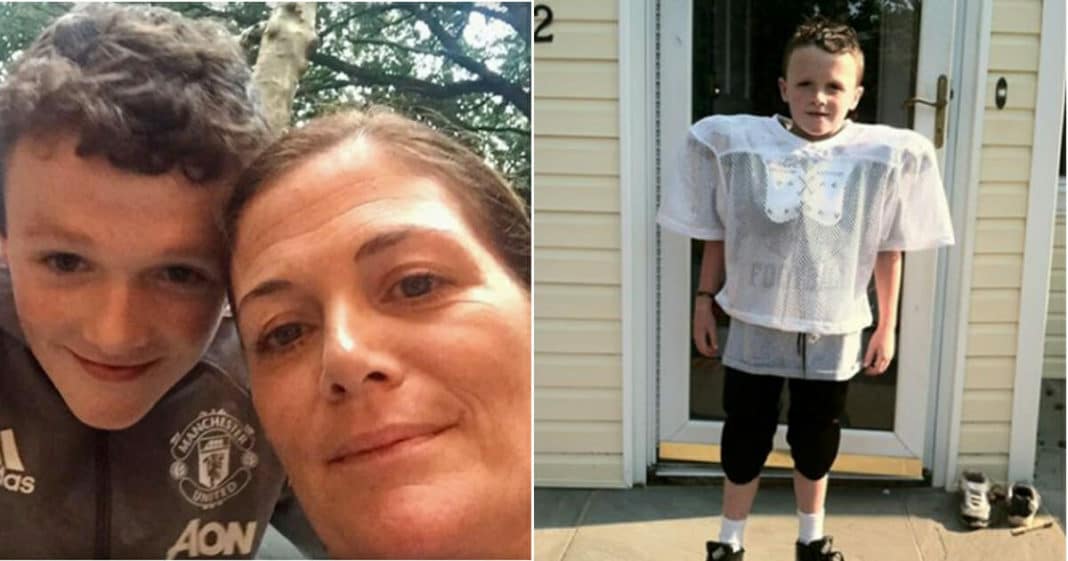 There are very few things more traumatizing than bullying. A bullied child suffers deeply on many levels. Emotionally, physically, and socially. There have even been countless incidents in recent years of children committing or attempting suicide because of bullying. But as parents, we can never imagine that the worst case scenario can happen to us or our child. 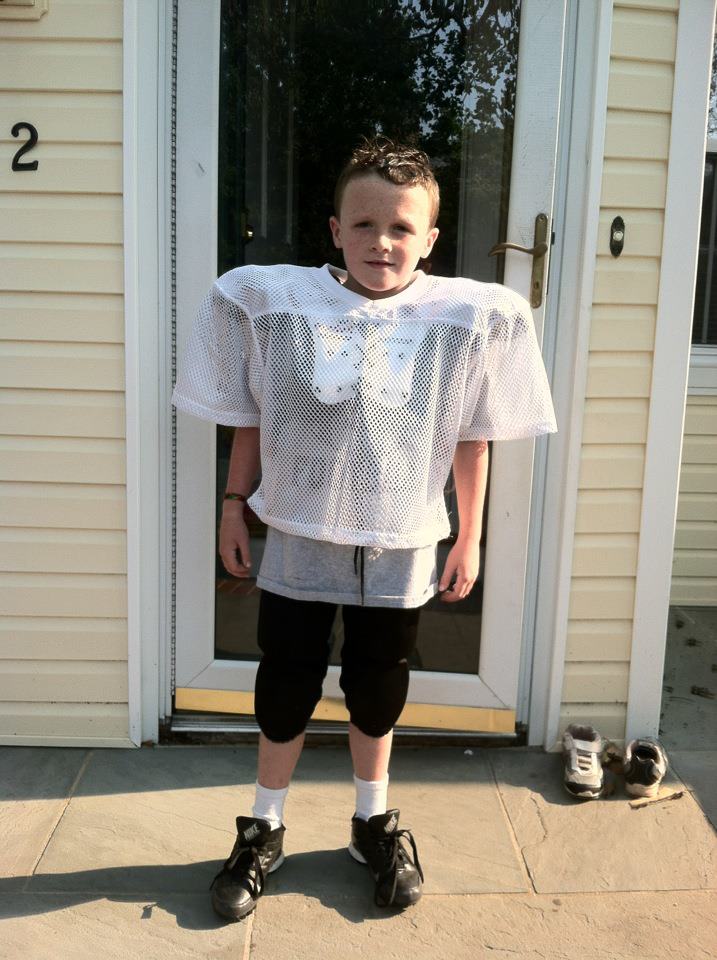 One boy’s story went globally viral after his mom became determined that his story be told. Deirdre Fell- O’Brien shared a Facebook post (entire text below) detailing how her son, Liam, was bullied so severely that he developed an eating disorder and nearly died.

Here is a news video of Liam’s story.

Shockingly, the school closed the investigation, stating that there was no evidence of bullying. They even said that “Liam’s perception may have been different from reality.” That’s what motivated Liam’s mom. She said it wasn’t over. 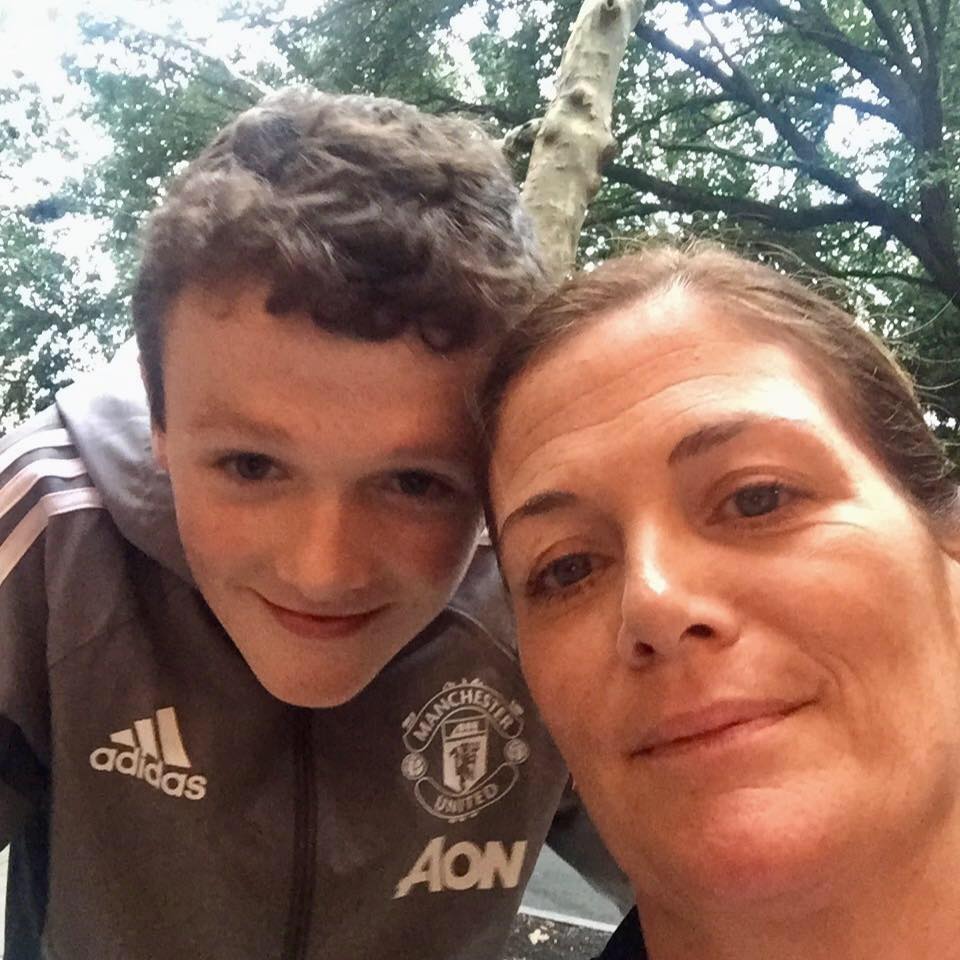 Here is the entire text of what Deirdre posted to her Facebook.

There has been a lot of talk about bullying lately. I would like to share my family’s experience with bullying. My beautiful son Liam turned 13 years old on September 8. He should be in school with his friends getting excited about high school and playing soccer, but he is not. He is at a medical center in Princeton NJ being treated for depression and an eating disorder. He has actually been hospitalized for 5 weeks. He hasn’t been home or slept in his bed. He hasn’t been able to watch football with his dad on Sunday’s. How did we get here? Liam went into 7th grade very happy. He had lots of friends, he was always on the go, meeting friends on 7th street, riding his bike, playing soccer and he loved food. A cowboy sandwich was his absolute favorite. He made the 7th grade soccer team and was so happy and proud. He is an amazing soccer player and he earned a spot on that team. As the season ended and winter came, Liam gave me back his iPhone. He said, “Too much drama Mom”. Then he stopped going to 7th street. He hung out at home with us. I was happy but I kept asking if anything happened and was everything ok? He said he was fine. He played soccer in the spring with his travel team. Soccer was the one thing that remained consistent. He played every day. He carried a soccer ball everywhere we went. I kept asking don’t you want to go hang out, make plans with friends? He said no I’m fine. Towards the end of the year, he came home very upset that someone had punched him on the way to the bus at school. Liam said he didn’t know who it was. I reported the incident but no cameras were in that particular area of the building and no monitors saw anything. School ended and soccers tryouts came and Liam made the team we thought he wanted to make. Liam didn’t pick up the soccer ball for the rest of the summer. I was so confused. He started going to work with his dad at the racetrack. He started to ride horses and really liked it. He went up to Saratoga at the end of July for almost 3 weeks. While he was there my husband said Liam is not eating like he used to and when he came home I noticed the weight loss. He started to eat just 1 meal a day. I kept trying to talk with him. What is going on ? Nothing Mom, I’m fine. I took him to the doctor and he had lost about 10lbs since June. 2 Days later he was admitted to cohens children’s hospital. He hated it and said, I will eat, please let me come home. I went to bat for him. I thought he really needs to start school with his friends. I went into Garden City Middle school on the first day and met with guidance. I met with the nurses and made them aware of what was going on with Liam. I was told staff would be aware and he would be safe. Liam came home on Friday with a bruise on his face. I kept asking what happened? He said nothing, he banged it by accident. That was his birthday and we went out to celebrate that night. He didn’t eat. He barely ate the rest of the weekend. He lost 5 pounds that first week back. That Monday he didn’t go to school. We sat at the kitchen table and we cried and I said please tell me what happened. He finally couldn’t hold it in anymore. He told me he was bullied terribly in 7th grade. It started when he made the soccer team. 2 kids told him he sucked and shouldn’t have made the team. There were unnecessary pushes and kicks. He was told he was weird, he was fat, his freckles were weird, his eyebrows were weird. They used horrible language and called him nasty words. I asked him how often it happened. He looked at me crying and said,”Everyday Mom”

They broke him, he believed he was no good and stopped playing soccer because it just reminded him of them. Then he told me the bruise on his face happened on Friday, his birthday. He was putting his lock on his Gym locker and a boy came and pushed his face against the locker. He was alone in the locker room. There are no monitors in the Gym locker room. There are offices with glass windows where teachers and coaches are but not always. One of the most vulnerable places for a child is in the Gym locker room. He was not safe as I had been assured he would be.I was told “Eyes would be on him” Liam was readmitted to the hospital. My husband and I reported the incident to the school. My husband sent a letter to the principal. We met with the guidance counselor and social worker. The principal didn’t even show his face. The school conducted an investigation. Meanwhile, my son had to have a feeding tube placed and was wearing a heart monitor because his heart rate was so low from malnutrition. He had to be transferred to a more intensive facility. He is opening up more and talking about what happened and how terrible 7th grade was, he has a long road ahead of him. I wish he had come to us and told us earlier but he said he didn’t want to make a big deal or for anyone to get in trouble. I went in to discuss the results of the schools investigation yesterday. The results were unfounded. I was told Liam’s perception may have been different from reality. They just couldn’t find evidence that this happened. I have a picture of a bruise on his face, they said staff said he didn’t exhibit behavior that would suggest something just happened to him. We are so disappointed. The bully’s will continue to bully. All during this investigation the students continued to play on the school team. In professional sports, if you are under investigation for something, you usually aren’t on the field playing.

I just got an email about unity day next week. Wear your orange shirt to show you are against bullying. Seriously? What a crock of shit. Parents, watch and listen to your children. I had a parent tell me her son had a heart of gold and Liam must be a sensitive boy! Again, I was speechless!

Liam should be able to finish 8th grade with the kids he started school with in Garden city. There are so many wonderful kids and families that have reached out and shared their experiences with bullying. We have received beautiful cards and letters of well wishes and encouragement. Liam is truly a wonderful boy. He is kind and he loves his family. We miss him and want him to be home with us. So when you put on that orange shirt, really stand behind what it is supposed to mean. I think we can do more than an orange shirt. The school has closed their investigation, but this is not over. I want Liam’s story to be heard.

What ensued was a global movement proclaiming #WeStandWithLiam. 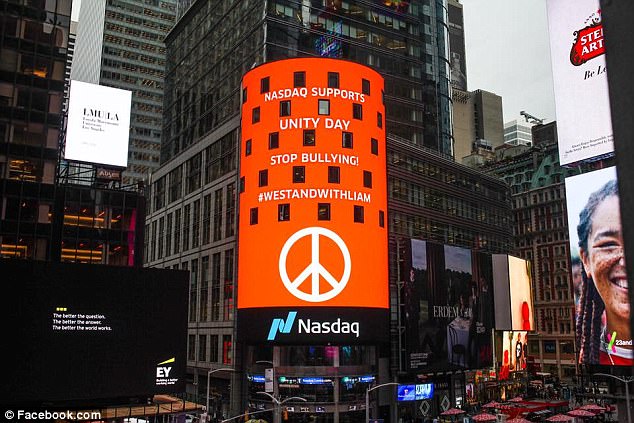 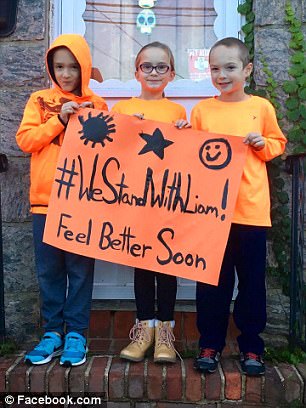 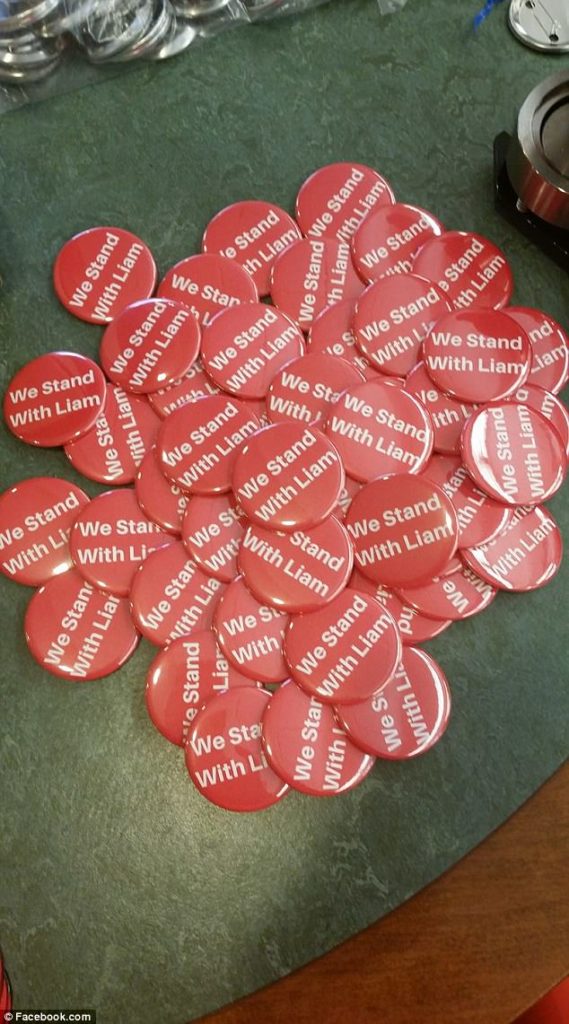 Liam is now happily back with his family after 10 weeks at an intensive inpatient facility last year, and his mom said “I am so thankful for this crew! We are together and stronger than ever!” 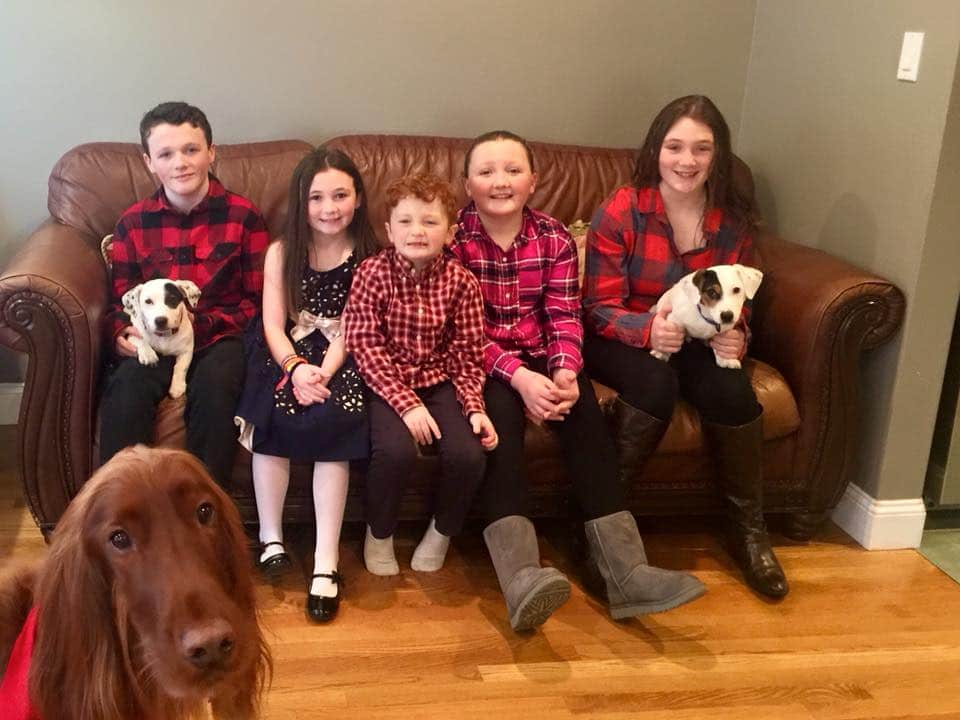 Liam was able to return to school and even finish out the year with the soccer season.

Deirdre has this to say about her decision to share Liam’s story, via The Well.

Sharing Liam’s story was the best decision I’ve ever made, and it’s something I’m very proud of. It brought awareness to an important issue and I think it sparked a lot of conversations around dinner tables across the country, which I hope will continue.

It also made me—and most importantly Liam—realize we were not alone; in fact, we were far from it. Liam has been shown steadfast support from local sports teams, restaurants and hair salons touting the hashtag #WeStandWithLiam. It’s almost as if the world needed something like this to bring us together and to bring attention to such a taboo, yet widespread issue.

The best thing society can do about bullying is to teach children that it’s wrong. Every child needs to hear this. Sadly, bullying often begins at home, but with an effort, we can make a difference.