Mom Devestated When Son Killed In Hit-And-Run, Then She Turns Things Around 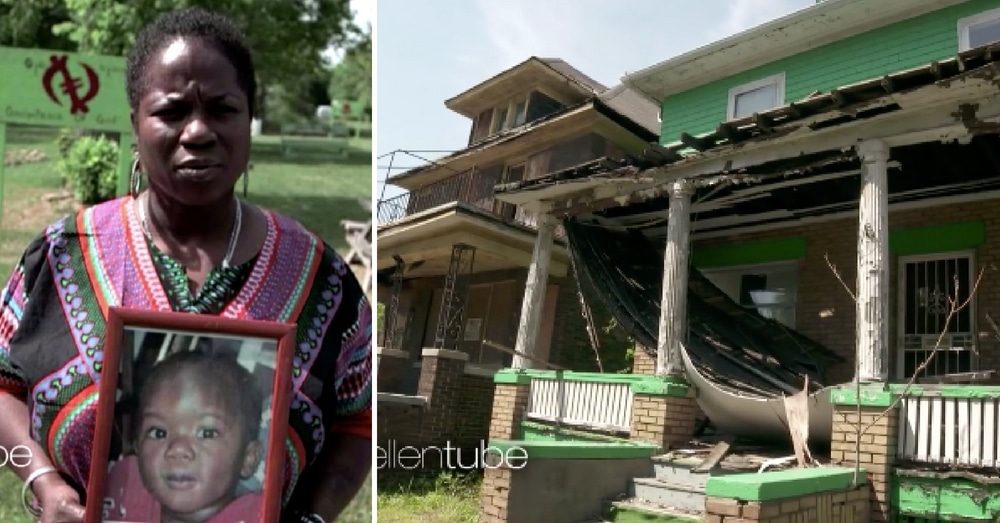 When Shamayim Harris’ 2-year-old son Jakobi was killed in a hit-and-run in 2007, she felt like her world was going to end. There is no greater pain than the loss of a child.

For a while she was weighted down by her grief, but as time passed things got easier, and she decided to take her pain and turn it into something beautiful.

Even before Jakobi’s death, Harris – who everyone calls Mama Shu – would look at the abandoned Detroit suburb of Highland Park and think about the potential it had to be a thriving neighborhood. After Jakobi died, she decided to channel her grief into something positive and got to work on revitalizing the neighborhood.

Mama Shu had no experience in urban planning – she used to be a school administrator – but she had a vision.

“I just felt that it was a space to build and do things on,” she said. “I don’t have anything in urban planning except for sitting on this porch conjuring up what I want to do on this block, that’s it.”

The project is still a work in progress, but it is already a testament to what one person can do with a little passion and perseverance.

There is already a homework house where kids can come after school for a meal and help with their homework, a beautiful park, landscaped streets, and shipping containers which are being converted into places of business.

And Mama Shu has plans for much more.

“You’re going to see this whole block looking like some of the suburban blocks that I see with the grass trimmed and the flowers and all of that,” she said. “That’s what you’re gonna see.”

Mama Shu’s enthusiasm and drive are contagious. Her personal vision has transformed an entire city block and brought together a community of people who are all working toward the same goal.

“She embraces everyone. She tries to uplift everyone,” said one member of her team.

Mama Shu hopes that what she is doing in her neighborhood will catch on in other places too.

“I want it to be something infectious,” she said. “I want other people to know what they can do to their neighborhoods.”

“People think that things are so big and so unreachable,” she added. “What we’re showing is that you can really, really do this.”

The first phase of the renovation is set to be done by fall, and she will continue on from there. Her vision is for the entire town to be reborn.

When things get hard and Mama Shu gets discouraged, she said she can hear Jakobi whispering in her ear, “Go, Mommy, go!”

Were you inspired by Mama Shu’s vision and determination? So share this!