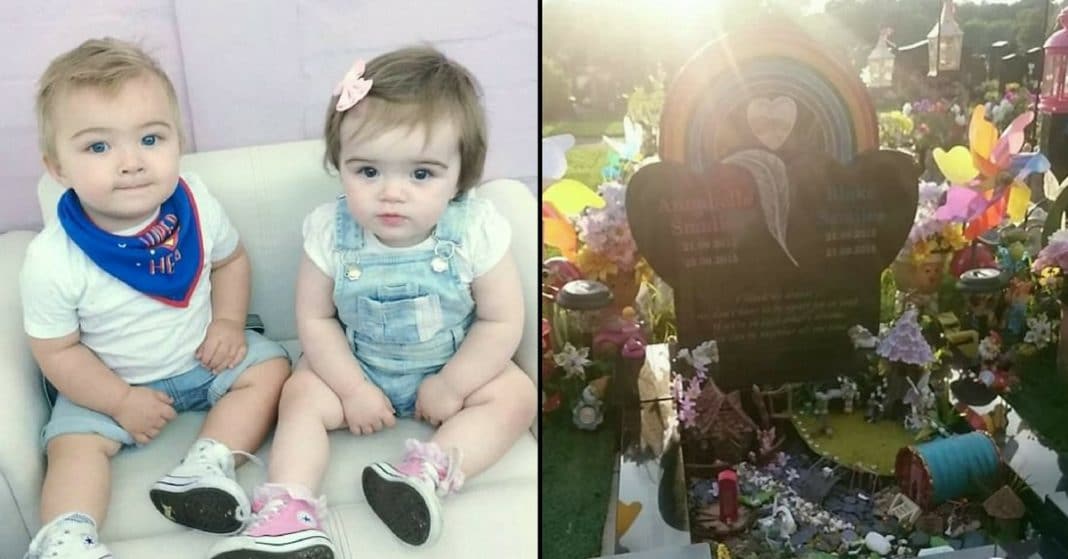 It takes time, love, and a lot of preparation to have a baby. There’s so much to do!

The nursery must be perfect. Do you know if you’re having a boy or girl or do you want to be surprised when the baby arrives? What color do you paint the room?

You’ll need plenty of bottles, not to mention diapers. Swaddling blankets and burping bibs too. Rattles and pacifiers, a sturdy crib, maybe some formula.

And what if you are having twins? You’ll need double the supply of everything!

In 2015, Nick and Angel, a couple from the United Kingdom, learned they were expecting twins – a boy and a girl. They excitedly prepared for the arrival of their little ones.

The twins, Annabelle and Blake, showed up sooner than expected at 22 weeks. Their parents were overjoyed, but their happiness quickly turned to sorrow.

Because they had come so prematurely, Blake and Annabelle were too tiny to survive. Sadly, they passed away soon after their birth.

Angel didn’t know how she’d go on. These were her babies, her sweet children she had wanted so badly. Why would God take away such a precious gift?

Little did Nick and Angel know that as they grieved God had another miracle in store for them. Just three months after losing Annabelle and Blake, Angel discovered she was pregnant once more.

The couple was surprised by the pregnancy, but what stunned Angel and Nick even more was that they discovered they were yet again expecting twins – another boy and girl.

I’d be anxious if I were in their shoes – they’d already been through this before. But the couple from County Durham took this pregnancy in stride.

In August 2016, Angel gave birth to Ava Annabelle and Mason Blake. Thankfully, Ava and Mason were healthy and hearty.

It wasn’t lost on Angel and Nick that God gave them another precious gift. The twins’ middle names were given to them to honor and remember the siblings they’ll never meet.

We don’t always know why things happen the way they do, but Angel and Nick plan to cherish the twins they have here on earth and never forget the ones they have in heaven.

Were you touched by this story as much as we were? So share this!