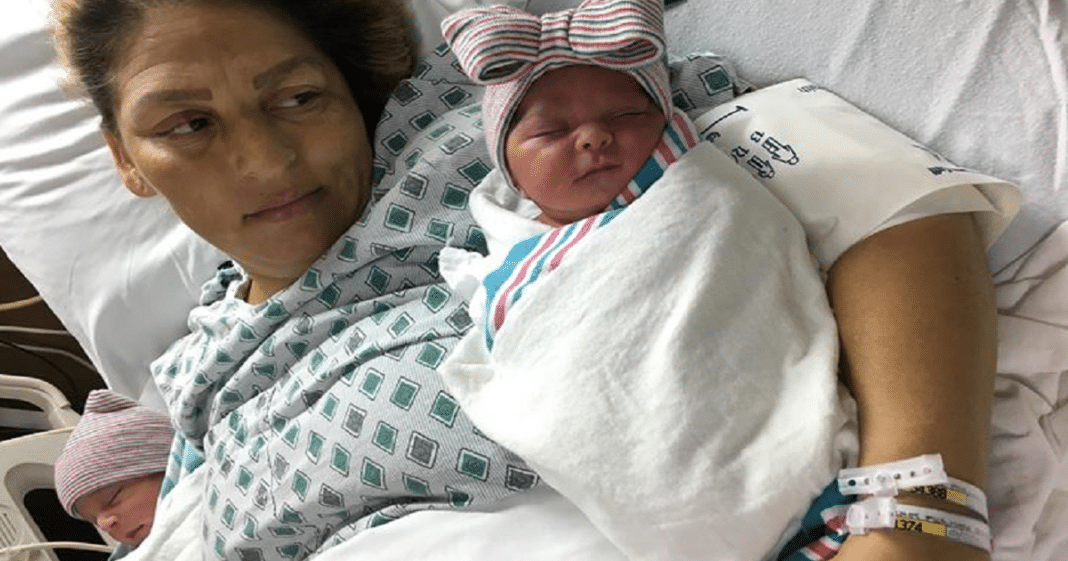 For some, New Year’s Eve is a time for jubilant celebration. They’re eager to leave the old year behind and are ready to embrace the upcoming 12 months. Others use this time to be more reflective. What will they do differently during the next year in their career, family life, personal lives, relationships, and health? While still others don’t go out of their way to ring in the new year. They don’t subscribe to any superstitions associated with New Years like making resolutions.

When the ball drops at midnight and the new year begins, it’s a fresh start, a clean slate for everyone. But for some, it’s a time to welcome not one, but two beautiful blessings.

One mother-to-be named Maria Esperanza Flores Rios was in a hospital bed in Delano, California giving birth to her twins. The pair were originally due on January 27, but a c-section was later scheduled for January 10, but the twin boy and girl had other plans. They decided to enter the world earlier than anyone anticipated

Twins are usually born minutes or hours apart on the same day. One mother had her twins 24-hours apart. That’s unique, but doctors are calling the birth of Maria’s twins a “rare” occurrence. Her twins were not only born on different days; they came into the world in different years.

Doctor Seyed Tamjidi said, “I would say it’s pretty rare. I’ve been doing this for 35 years and I’ve never had this before.”

Maria spoke through a translator saying: “I feel really happy because I just had my two babies.”

Joaquin will be the only boy. He and his sister will join their family of three older sisters. Joaquin will have playful leverage over his twin because he’s the older between them. He’s also celebrating a birthday just before the new year. Oh, the joys of sibling rivalries.

Happy New Year to Maria and her family! We’re sure their New Year’s celebrations won’t ever be average from now on.