Mom And Daughter Mock Boy With Spots All Over. His Response Silences Them For Good 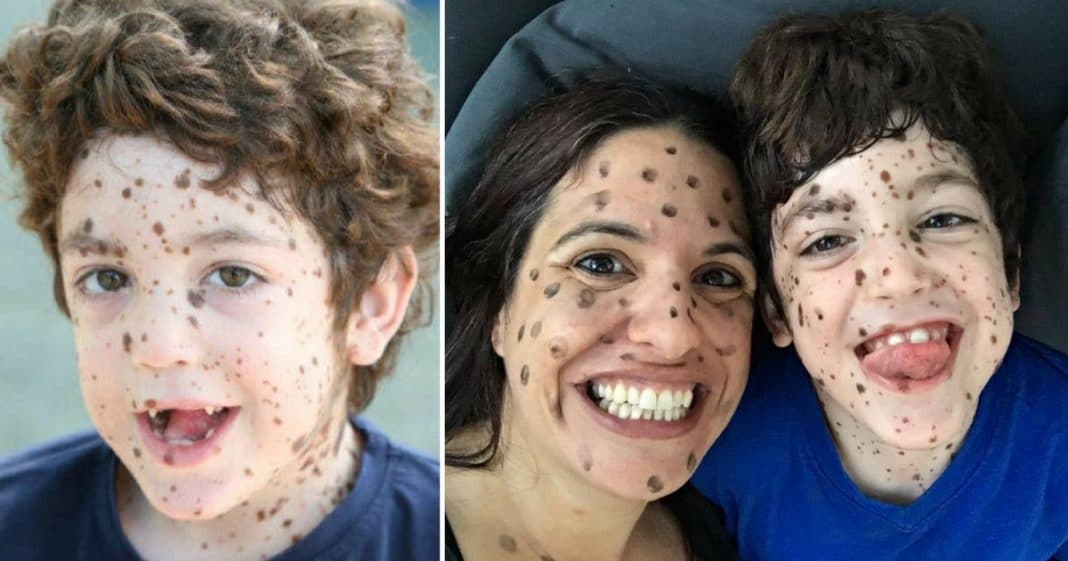 For some reason, there are still people in the world who think it’s okay to make fun of a person because of the way they look or act. I don’t understand it, but it seems there will always be bullies.

One of the best ways to stand up to cruelty, though, is to be the bigger person and respond to the hate with love.

That’s exactly what Erez Gaon did when a mother and daughter started making fun of his appearance recently.

Erez was born with congenital melanocytic nevus, a condition that usually occurs in the first 12 weeks of pregnancy and resulted in Erez’s body being covered in birthmarks and moles of different sizes.

When he was born, doctors covered his body with a blanket before handing him to his mom, Ruthi, because they didn’t know how to break the news to her.

There are similar spots inside Erez’s brain and spine, which can lead to epileptic seizures, so Erez attends a school for special needs children most of the time and then goes to public school once a week so he can feel included in a regular social environment.

He is used to the stares he often gets from people is a happy and very outgoing child.

She and Erez were walking outside when they noticed a mother and daughter pointing and laughing, openly mocking Erez’s condition.

Ruthi wrote in a Facebook post after the incident that the mother and daughter’s insulting remarks were too terrible for her to even put down in writing.

“I swear that at that moment I felt as if I would squash her face (and much more),” Ruthi wrote. But her son’s response left her stunned.

“[Y]ou just smiled, took my hand and just kept on walking,” she wrote.

When they got home, Ruthi asked Erez to draw matching spots all over her face so they could take some pictures together. She posted the photos on Facebook where they quickly went viral.

Pretty soon, Erez was receiving photos from strangers all over the country who had drawn spots on themselves in support of the brave young boy. They tagged the photos #FriendsofErez.

While Ruthi is still upset by what the cruel mother and daughter did to her son that day, she says she has learned how to forgive them by watching Erez’s example.

“I choose to forgive you,” she wrote, “because of my treasure, Erez, who teaches me every day how to be a better person.”

Were you touched by Erez’s response to his cruel bullies? So share this!