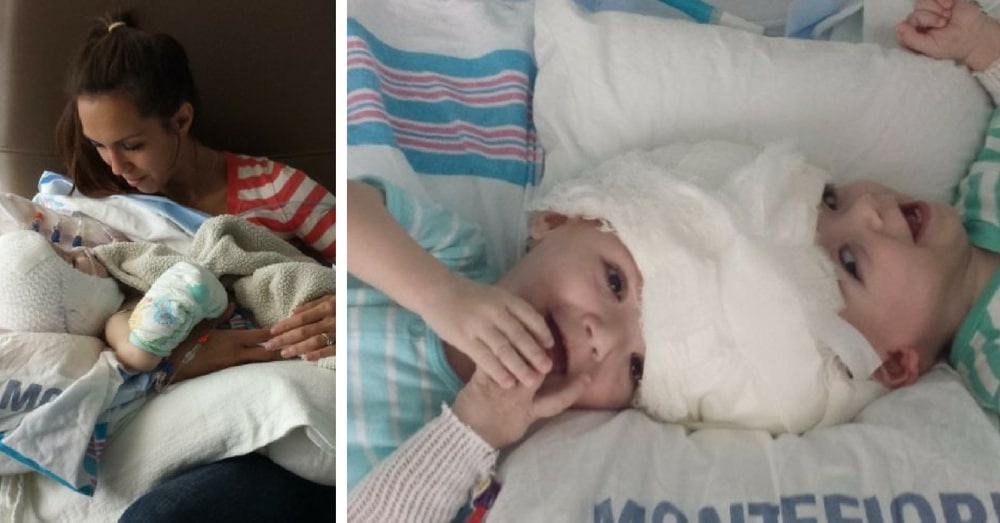 In what can best be described as a bundle of cuteness, Nicole McDonald held her son Jadon alone for the first time. The mother described it as “one of the most profound moments of my life.”

Mom grinned from ear to ear as she cradled the young boy Friday afternoon at a New York hospital, mesmerized by the gaze of his deep brown eyes. The precious moment came shortly after doctors removed Jadon’s breathing tube, and it came one week after the 27-hour surgery to separate Jadon and his brother Anias, 13-month-old twins who were born conjoined at the head.

Nicole clutched Jadon for two hours, cherishing every lasting second. She had told CNN before the surgery that holding her two boys was the thing she longed for most. “There’s nothing harder than watching your child cry and not being able to pick them up,” she had said. “To hear them cry and react to it in a motherly way is something I’m really excited for.”

Nicole took to Facebook on Sunday morning, describing to friends and family what it was like to finally hold Jadon.

“For over 13 months, I’ve dreamed of this moment,” she wrote. “I looked down at Jadon’s angelic face and saw him in a way I’d never seen him before. He whimpered for almost the whole two hours I held him because he had just been extubated, had the area under his scalp washed out and had been weaned from the good pain meds.

“But instead of wrapping my body around him in his bed, I wrapped my arms around him and rocked. One of the most profound moments of my life.”

Go to CNN to read about the twins’ dad’s reaction and see what is in store for the boys next.