Mom Confused When Son’s Coach Shows Up. Then He Hands Her Envelope That Leaves Her In Tears 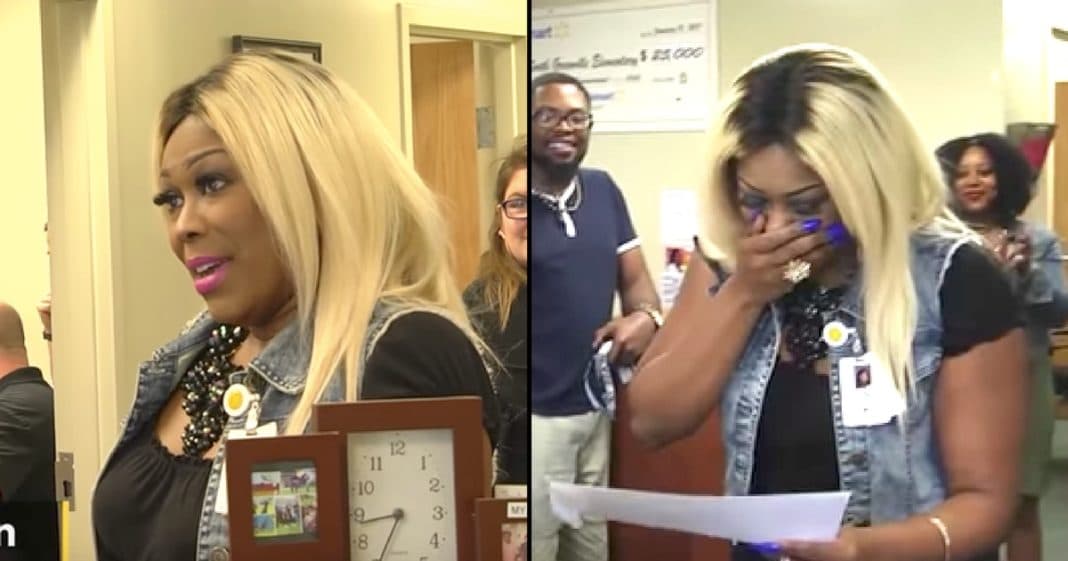 Behind every great person you are most likely going to find a great mother who has loved, nurtured, and supported to help get them to where they are. That’s certainly the case with Kiante Anderson.

Kiante has been playing football as a walk-on at East Carolina University, meaning he plays but he doesn’t get any scholarship money to do so. Even still, he puts in so much hard work and goes above and beyond and has truly impressed his coaches during his time on the team.

One of the most impressive things about him, though, is the love and respect he has for his mom, Tia Chapman.

“He loves her,” said Kiante’s coach, Scottie Montgomery. “He speaks so highly of her, talks about her sacrifices.”

This year for Mother’s Day the coach decided to honor Kiante and Tia with a surprise that left them both stunned.

Tia lives in Greenville, North Carolina, where Kiante’s school in located, so Coach Montgomery decided to drop in on her at South Greenville Elementary School, where she works, and surprise her.

At first she was confused about why he was there, but then he handed her an envelope that explained everything. When she opened it she couldn’t believe her eyes…

Kiante was getting a full scholarship!

“[H]e’s earned it on and off the field,” Coach Montgomery said.

Tia could not believe it. She immediately called Kiante to tell him the good news, and he was practically speechless as he thanked his coach.

“I was just talking about this last night,” Tia said later. “I was just praying about it last night, because he needs it. We need that, this moment.”

She said this was the best Mother’s Day present she has ever received, and we know she and Kiante both deserve it and more!

Were you touched to see such a deserving family get such a special gift? So share this!