Mom Confused When Daughter Says To Stop The Car, But When She Sees Why She’s In Tears 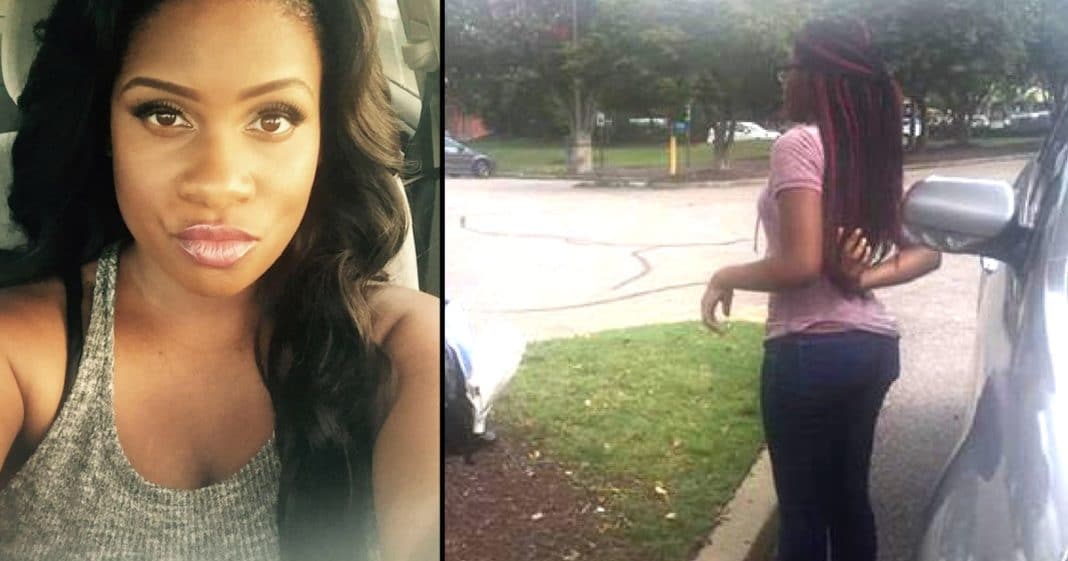 Wouldn’t it be nice if, after having a baby, the hospital gave you an instruction manual on how to raise it? Unfortunately, that is not the case and, while parenting has many joys, it can also be full of struggles and self-doubts.

Every child is a guinea pig of sorts – parents are doing the best they can to raise their children well, but how do they know they are doing a good job?

One very proud mother recently got the confirmation that she’s at least doing something right when she picked up her 14-year-old daughter from school the other day.

As they were driving home, Tionae Thomas’s daughter suddenly told her to stop the car. At first, Tionae was confused, but then she noticed a young boy sitting beneath a tree in a shopping center parking lot.

“It’s too hot momma,” her daughter told her, “stop the car.”

As Tionae watched from the car, her daughter got out and asked the young boy where his parents were. He told her he didn’t know.

“Can you call them?” she asked.

He told her he only knew his dad’s number. She gave him her phone and stepped back so he wouldn’t be afraid. Then she told him to get off the street and stand in front of a nearby Rite Aid “so strangers won’t try to get him and he can run in the store if need be.”

As she got back in the car, she told Tionae, “Momma let’s wait until he gets picked up and I might have to get him some water if it’s not soon.”

At this point, Tionae was almost bursting with pride. Any self-doubts or worries about how her daughter was turning out came crashing down as she witnessed firsthand the young lady’s kindness, compassion, and love.

“This is why I will never let a person tear me down as a mother,” Tionae wrote later. “This is just confirmation of the kind of children I’m raising, Queens and kings.”

In just a few hours, Tionae’s story went viral. Tens of thousands of people have been touched by her sweet daughter’s actions.

“Parenting Win!” wrote Michelle Larsen. “I wish all kids had this compassion shown to them so they can pass it along to others. We teach our kids more by our actions then (sic) by our words. I failed so many times raising my boys. Doing the best I could where I was at the time. Huge difference between who you are in your 20’s to who you are in your 50’s sometimes. I hope your daughter never loses that part of herself.”

“Wow!! I hope you never lose that compassion and empathy!” Sharon Denise Stone Redding encouraged the teen. “If more people cared for their fellow man like that, regardless of the color of their skin, or what they were wearing, and other trivial concerns, this world would be a much better place!”

We can’t help but agree!

Were you touched by this young girl’s kindness and compassion? So share this!