Mom Confused When Couple Asks To Take Baby, But When They Say Why She Breaks Down In Tears 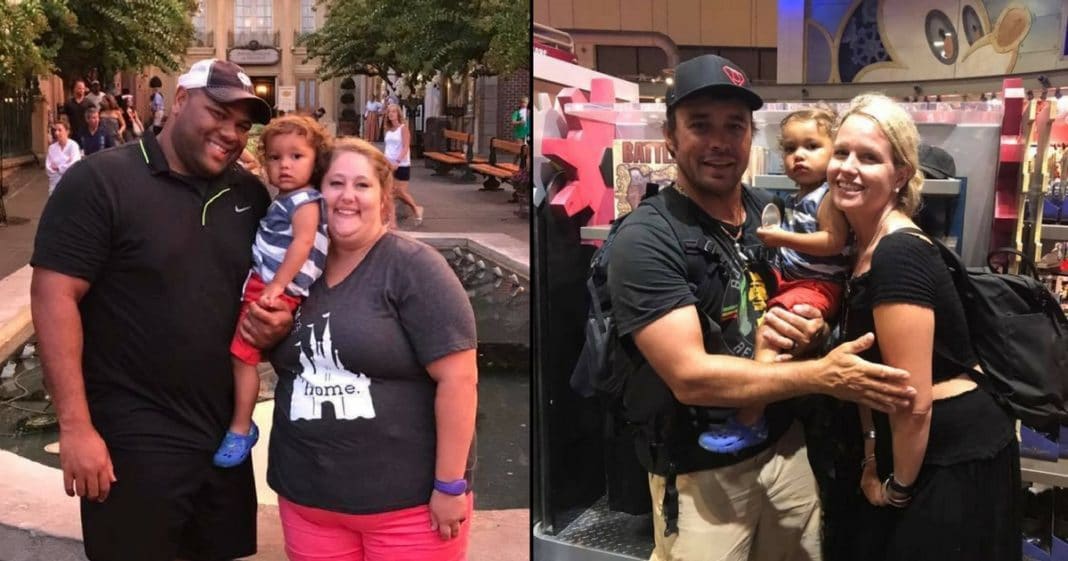 Most parents – myself included – keep a tight grip on their children when in public places. We would never do anything that would put them in harm’s way.

But while “stranger danger” is something very real and we need to be cautious about who we let our children near, every so often, something special happens that makes us put aside the usual “rules.”

That is exactly what happened when these two couples met, and the way one of the couples shared their child with grieving parents is absolutely beautiful.

Chris and Taylor Fisher had taken their son, Oliver, to Disney World and were excited to watch him experience everything. They were spending the day at Epcot when another couple stopped and graciously took some pictures of the family in front of the “Eiffel Tower” in the French section of the park.

The Fishers were grateful for the couple’s patience as Oliver wasn’t cooperating. Soon, though, they had a nice family picture and, thinking that was the end of the meeting, both couples parted ways.

Just minutes later, though, the man who had just taken their photo came back and asked if he could talk to them for a minute. He introduced himself as Scott and his wife as Sally.

The couple tearfully explained that they had four beautiful children, but while three of them were spending the day with their grandparents, the fourth was in heaven. In fact, that day – July 1st – would have been baby Duke’s first birthday.

They told the Fishers that Oliver had greatly reminded them of their precious Duke and asked if they could take the little boy on a shopping spree.

“As a parent, and looking back on the moment, you would never think to just give your child over to perfect strangers but in that moment I was so overwhelmed with peace, a peace that only God can provide, that I handed my little boy over and watched as he held the hands of these two people whom my heart suddenly felt so connected with,” Taylor recalled, adding that she and Chris followed closely behind.

She said she was able to watch Scott and Sally’s healing firsthand as they walked Oliver through the store, delighting in the time they had with him and the memories of their own precious son.

“When we got to the store Sally held Oliver’s hand and led him to the toys,” Taylor wrote. “I watched her eyes turn from sadness to joy every time Oliver smiled at her. I watched the sorrow turn to hope each time Oliver picked up a toy and hugged her thank you. As Oliver reached ‘up, up’ I watched Scott’s pain start to fade as he held Oliver and wept into his head. Through an act of their own generosity, I witnessed a couple begin to heal from the grief and ache of losing something so dear.”

Taylor then recalled the beautiful way the incredible encounter ended:

“We held each other and we prayed,” she said. “God’s presence was so real and we worshiped and praised him for his ultimate design, for it was only God who could have brought us together. As we left, Sally told us that she prayed that God would send her closure and tonight was her gift from God. After tonight she could start to move on. To heal.”

Taylor summed up this divinely scheduled meeting so profoundly:

“Y’all. This is God. He is so real. Only he can put the right people in the right place at the right time so he can heal a broken heart. He designed it this way. Had we stopped in one more shop, taken one more picture, went a different direction, watched the parade a little longer, we would have missed it. But we didn’t because God was in control. And that, my friends, makes life a whole lot more meaningful.”

Were you as touched by this beautiful story as we were? So share this!