Mom Can’t Afford Groceries So Stranger Offers To Pay, That’s When She Realizes His Identity 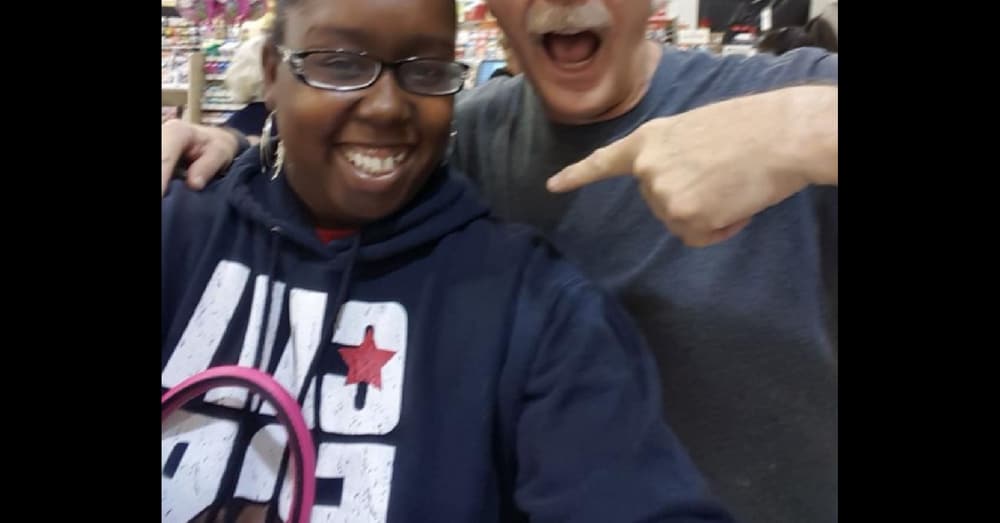 When Georgia mom Robin McFadden decided to make a quick stop at her local Publix grocery store on Saturday she had no idea she was in for the surprise of a lifetime!

With her three boys in tow, Robin pulled out her coupons and got to shopping. As she started checking out at the register, though, she realized she was going to be a little short on cash.

As she stood there “worrying about my items and the kids fussing,” she didn’t even notice a man walk up behind her until she heard him ask the cashier, “How much is she short?”

When she turned around to see who this kind stranger was she couldn’t believe her eyes – it was actor and comedian Jeff Foxworthy!

Robin gasped, prompting a laugh from the actor.

“He laughed, walked around me, put his card in the machine and said ‘watch this,'” Robin recalled. “I told him that he was going to make me cry, gave him a hug, thanked him and took the photo!”

Robin will never forget that day and will be forever grateful for the kindness and generosity she was shown.

“He was such a great guy,” she said of Foxworthy, “and I was so happy and lucky to have met him.”

She said her grocery bill was about $25 and added that the run-in with Foxworthy was “good karma” because she had donated some money to a friend in need the week before.

Were you touched by what Jeff Foxworthy did for this mom in need? So share this!