Mom Buys Lotto Ticket On Way Out Of Town, Whole Car Starts Screaming When She Sees What It Says 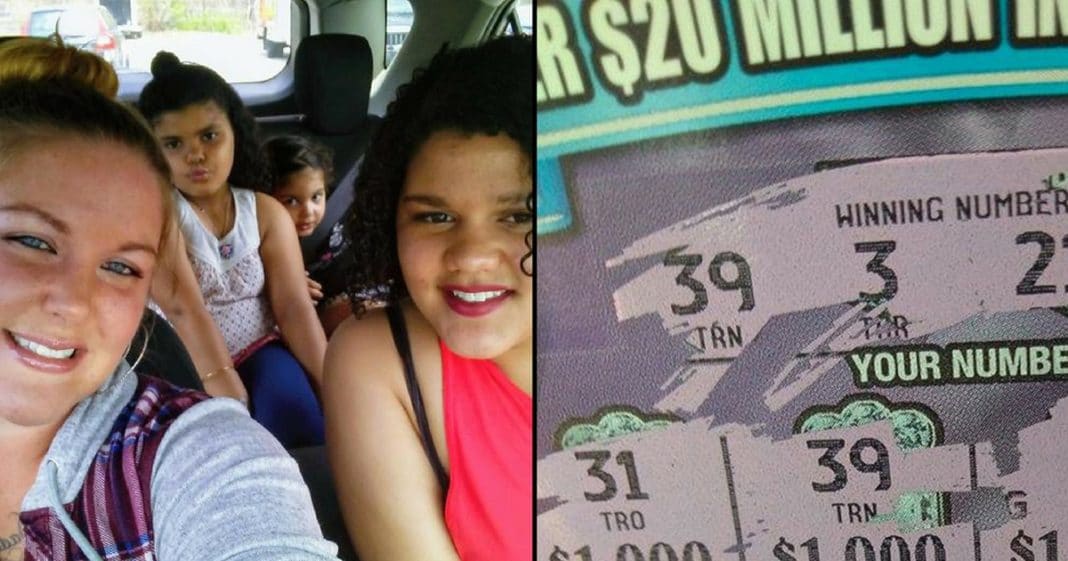 When news broke that Hurricane Irma was heading her way, Tiffany Hatfield quickly packed up her car, loaded up her three daughters, and began the long drive from her home in Ocoee to a friend’s house in Virginia.

They drove all night in heavy traffic until they reached Rocky Mount, North Carolina, where they pulled over at a convenience store to use the restroom. Little did she know that quick stop would change her life.

Tiffany says she doesn’t usually buy lottery scratchers, but as she waited for her daughter to use the restroom she decided to buy two $5 Diamond Dazzler tickets. It didn’t take long for her to realize she had just gotten very lucky.

“After I put my daughter back in the car, I stood outside and scratched the ticket,” she recalled. “On the first ticket I didn’t win anything, but on the second, the very first number I scratched matched for a thousand dollars—then I kept scratching and they kept matching.”

All in all, Tiffany won $10,000 on the ticket! She could hardly believe it was real.

“I thought I was seeing it wrong,” she said. “I never bought a lottery ticket in North Carolina, and I thought there was no way the first time I buy one, I would win.”

She had her 12-year-old daughter double check the ticket, and she confirmed that it was indeed a winner.

Tiffany was nervous she would lose the ticket and was very excited after the big win. She got everyone in the car, locked the doors, and tried to quickly compose herself before making the rest of the drive to Virginia.

Once they were back on the road, Tiffany’s daughters began to brainstorm how they could use the money. They knew there was a possibility they would be going home to a lot of damage and the winnings might have to go toward repairs.

Tiffany later visited the lottery office in Greenville, North Carolina, to claim her prize, which came to $6,951 after taxes. On Thursday, she and her daughters returned home.

Thankfully, though a tree had toppled in their yard, there was only minimal damage to their house.

Now Tiffany can dream big about how she is going to use her prize. She said she wants to plan a much-needed vacation for her daughter and her husband, Ryan, who is currently deployed with the Navy.

“The girls haven’t seen him in almost a year and he’s coming to town in December in between deployments,” Tiffany said. “So I think we’re going to have an awesome Christmas vacation this year.”

Were you amazed at Tiffany’s story? So share this!