Mom Breastfeeds Stranger’s Hungry Baby, Then She Gets A Note 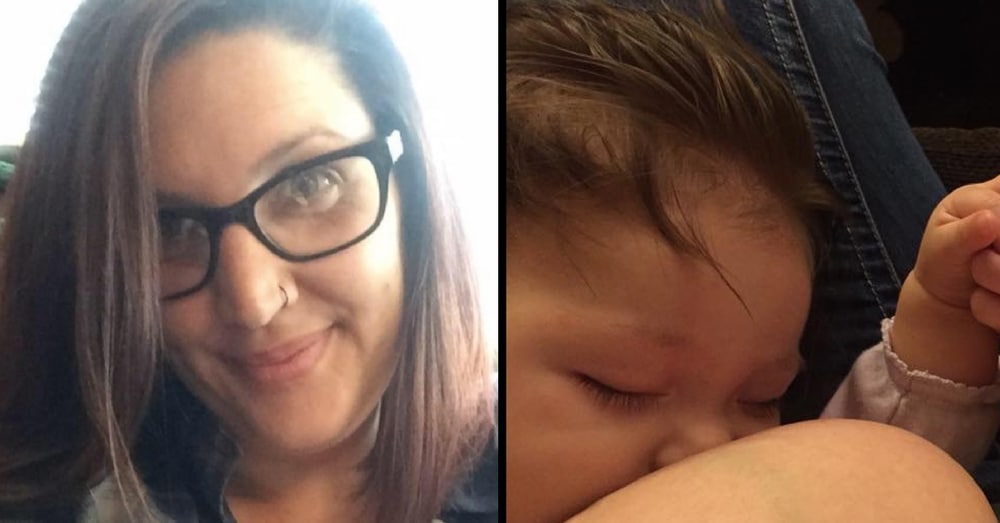 Rebecca Wanosik is the proud mother of six kids and an avid supporter of breastfeeding, so when she got a text asking if she could nurse a baby whose mom was in surgery she didn’t hesitate.

A couple hours later the baby was at her house. The tiny girl was obviously exhausted, but was too hungry to fall asleep. She had only ever been breastfed, so she wouldn’t take a bottle.

“Her poor face looked so sleepy and puffy. It was obvious that she was exhausted and just needed to sleep,” Rebecca said.

Rebecca’s youngest was still breastfeeding, so she nursed the babies in tandem, meaning she had one baby at each of her breasts.

Seeing the comfort and peace both of the babies seemed to have while nursing together, Rebecca snapped a quick photo and posted it on her Facebook page.

But the response she got left her stunned.

While some wrote to her saying how special the photo was and how inspiring they thought her actions were, many were not so kind.

“Cover up!!!!” one person wrote. “Nobody wants to see your breast. This is Facebook not sexbook.”

“Ew,” said another. “I would not feed another’s baby and don’t want anyone feeding mine… Gross.”

Facebook even ended up taking down Rebecca’s whole page because people had been complaining about it.

Instead of backing down, though, Rebecca stood behind her actions.

“I did what I hope any person would do for my child in a time of despair,” she said. “I fed a stranger’s baby.”

Rebecca pointed out that she was using her breasts just as they were intended to be used – for nourishment. In fact, up until very recently, many mothers used wet nurses to care for and feed their children.

Rebecca’s Facebook page has since been reinstated and she has received lots of support and positive feedback since her story went viral.

She hopes her story will help to normalize breastfeeding and take away the stigma that has been put on it in recent decades.

Do you support what Rebecca did? So share this!