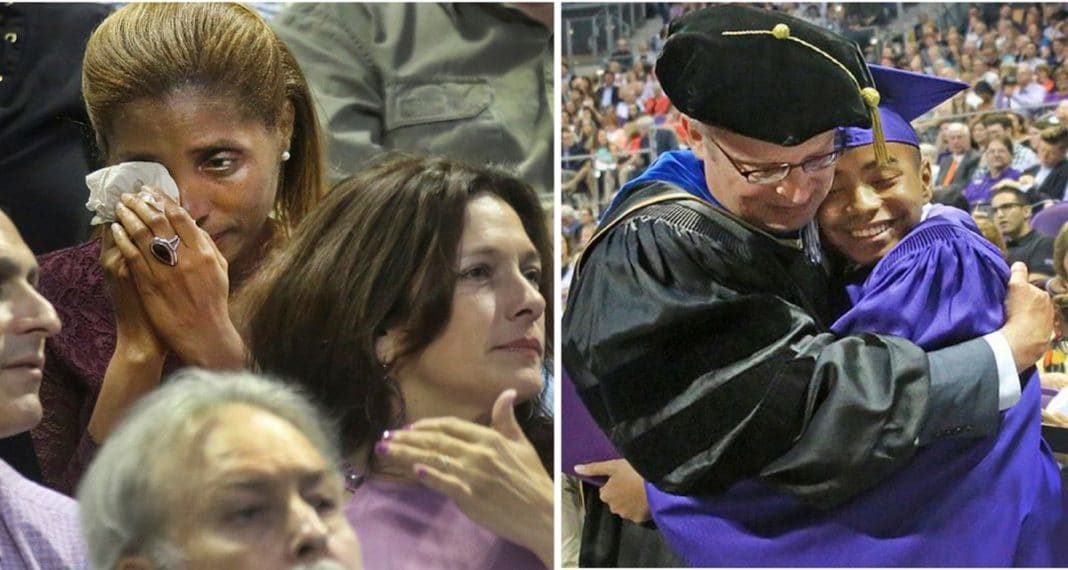 This kid is just 14-years-old and has just graduated from college. Carson Huey was the youngest of over 2,000 recent graduates from Texas Christian University. Carson minored in Chinese and Math. After graduating from the Accommodated Learning Academy as its co-valedictorian, he began attending the Fort Worth University when he was just 11-years-old.

Always humble, Carson shies away from the words celebrity and genius; he sees himself as a “normal dude” despite making the history books as the youngest ever to graduate from college.

This isn’t the end of his time as a student. carson intends on getting graduate and doctorate degrees in quantum mechanics. ‘I’m a normal dude,’ he told the Star-telegram. ‘It is just something I have learned to deal with because to me I am not a genius. I am a normal 14-year-old person doing college-level stuff.’

Carson admits his transition from high school to college life wasn’t always easy. His classes were much more intense and challenging than he anticipated. Especially his American environmental history, general chemistry II and classical mechanics courses.

‘It was scary at first because my high school was only one building versus a massive campus with tons of people,’ Carson told the paper.

‘After that, I really did get used to it because TCU was so accommodating and a positive influence really.

‘When I used to get bad test scores or something like that, I would go home and be disappointed and  think about, “Oh, I should have known this, I should have done way better.”’

He told his local paper: ‘I know better how to deal with that disappointment, knowing that I  will bounce back.’

‘Even, a lot of the times, past microscopic level, so you get electrons, protons, neutrons — even  smaller than that going into quarks.’

He then added: ‘Smartphones, computers, electronics — all of that stuff runs on quantum mechanics. If you want smaller technology that fits into smaller spaces, then that’s really where to look.’

If you thought one child prodigy in the family was amazing, try being the mother of two. Carson’s younger brother, Cannan is also a child genius. Cannan graduated from the same high school as his older brother. the 10-year-old will also attend Texas Christian University where he will study engineering, Astronomy, and Physics.

If you’re astonished by the accomplishments of these two young brothers, please share their remarkable story. They’re a great example to all kids.