Mom Annoyed When Dog Starts Licking Her In Middle Of Night, Then Realizes He Saved Her Life 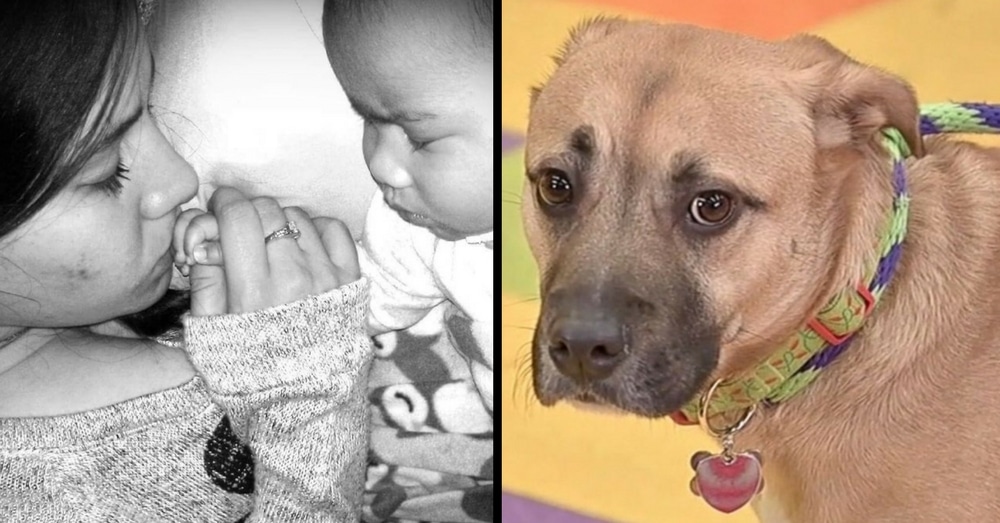 Ashley DePasquale was trying to get some sleep when her 2-year-old dog Jack started getting antsy and licking her.

“I was laying down, and he started getting really antsy and he was just not having me laying down,” she said.

While she was annoyed at first, she quickly realized that Jack knew something she didn’t – a fire had broken out in the house.

“He was trying to warn me,” she said.

As soon as she realized what was going on she jumped out of bed and started screaming to wake up the others in the house. When she came back to get her 2-year-old daughter she found Jack standing guard, protecting the little girl from the flames.

Thankfully, all seven family members – including three children under the age of 10 – were able to get out of the house unharmed.

Firefighters quickly showed up to put out the fire, but there was a lot of damage. The family knows that if Jack had not been so persistent in warning them they all might have perished in the fire.

“The first thing the family told us when we arrived was, ‘He saved our lives! He saved the kids! He’s a hero!” said Red Paw founder Jen Leary.

Jack is now in the care of the Red Paw Emergency Relief Team while his family figures out where they will go and how they will rebuild.

We’re sure the family can’t wait to have their canine hero home with them soon!

Were you amazed to see how Jack saved this whole family from the fire? So share this!