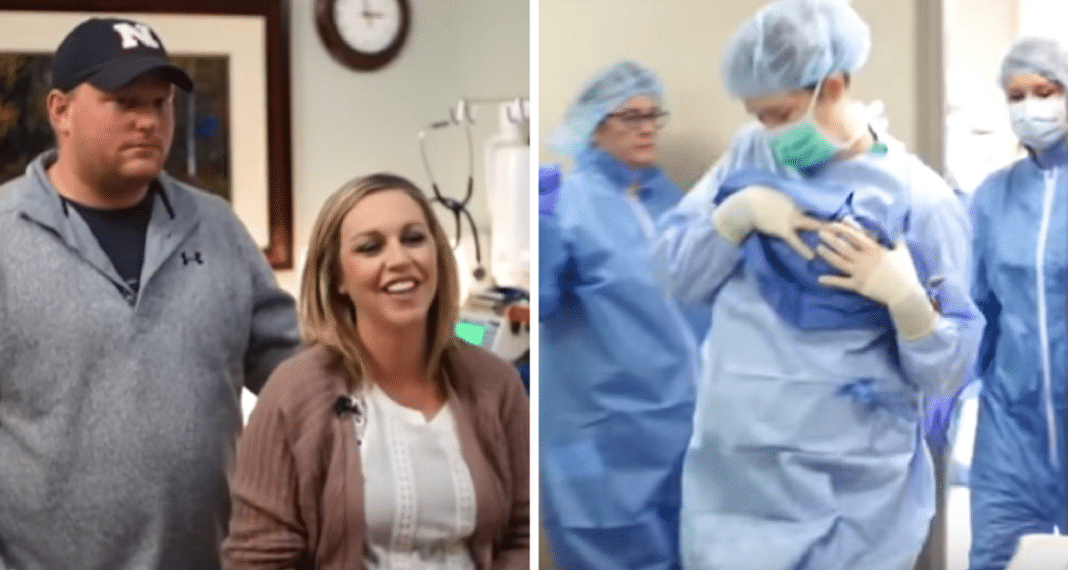 Shalee and Andy McCarter of Nebraska have a 10-year-old daughter, Elle. They were a happy trio, but one day they had a discussion. As a family, they eventually decided to expand their unit. With the assistance of fertility treatment, Shalee learned she was pregnant. The couple heard the good news at six weeks gestation. Doctors in Kearney, Nebraska, at first thought it was triplets. An ultrasound during Mom’s 18-week checkup revealed she was actually carrying quadruplets

Because of her high-risk pregnancy, she was admitted to the hospital for 52 straight days.

Finally, 34 weeks along in her pregnancy, the day arrived for Shalee’s c-section. As one of the medical staff at Nebraska Medical Center said, it takes a village to bring a child into the world. To ensure the smooth delivery and transition and health of these little ones, a medical team consisting of 18 staff members was necessary. It was made up of doctors and nurses, respiratory therapists, phlebotomists, clerks, residents, and others. The neonatal intensive care unit was prepped to receive the precious cargo.

The first child was born and handed off to the staff. Then the next baby could be heard crying and introducing themselves to the waiting audience. Then the third and the fourth child arrived! The family of three more than doubled in size in a matter of mere minutes.

Watch more of their precious story in the video below. This miracle of life and love will make you smile.