Mom Of 4 Flees Abusive Husband, Finds Abandoned Cabin. What She Does Next? Wow! 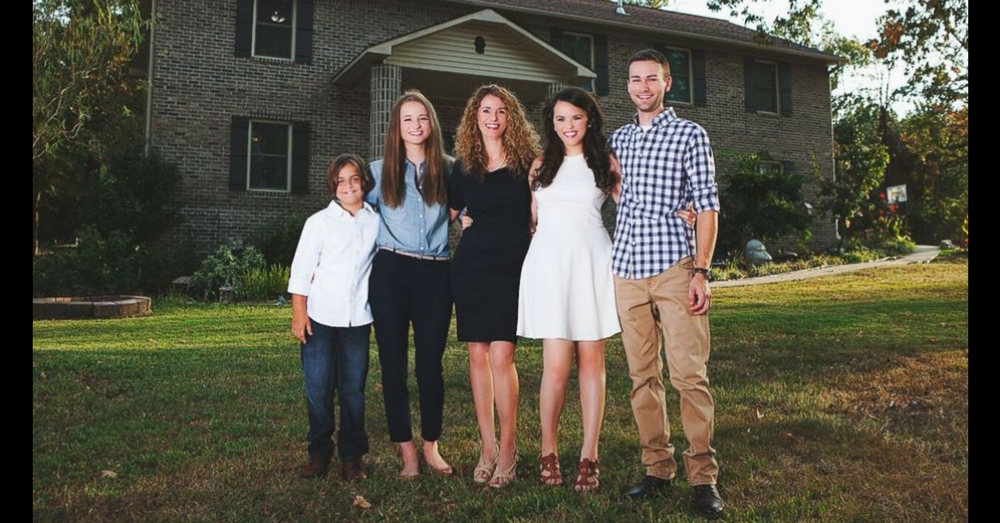 An Arkansas mother desperate to heal her troubled family decided to task her four children and herself with building a new home.

“I started to feel this sense of urgency,” Cara Brookins told ABC News. “I thought I’m going to lose them and … I’m never going to communicate with them because we don’t have the right type of relationship.”

After three failed marriages, including one that ended after what she described as her husband being “physically violent,” Brookins said her family was in trouble.

“My kids and I were pretty shattered and afraid; we were afraid of everything and didn’t know how to talk to each other,” the Bryant, Arkansas, mother recalled. “We were all just running in survival mode every single day.”

Brookins added that she and her children, especially her teenagers, “were interacting with each other less and less.” Back when she came up with the house-building idea in 2007, her four kids ranged in age from 2 to 17. 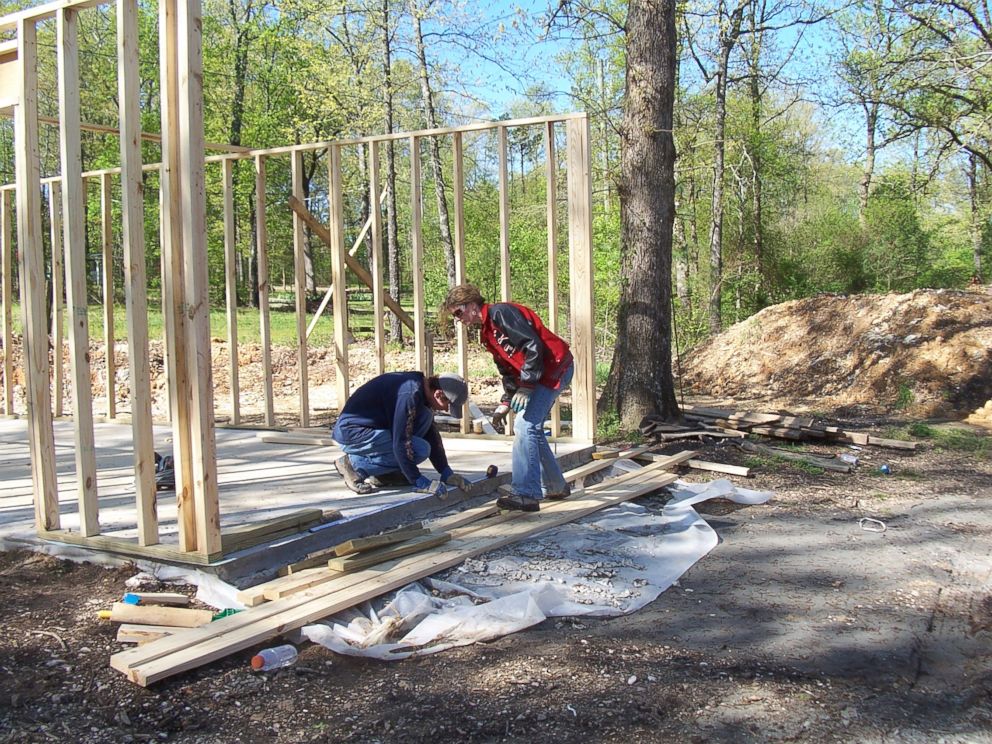 After a weekend trip to northern Arkansas, where the family passed a home that had been ravaged by a tornado, Brookins got the novel idea to build a house from scratch.

Brookins, who works full-time as a senior computer analyst, said she looked at the home with its broken walls and saw “simple nails, and it looked really easy” to build.

“I said, ‘If I tried really hard, I think I could put it back together,'” she recalled. 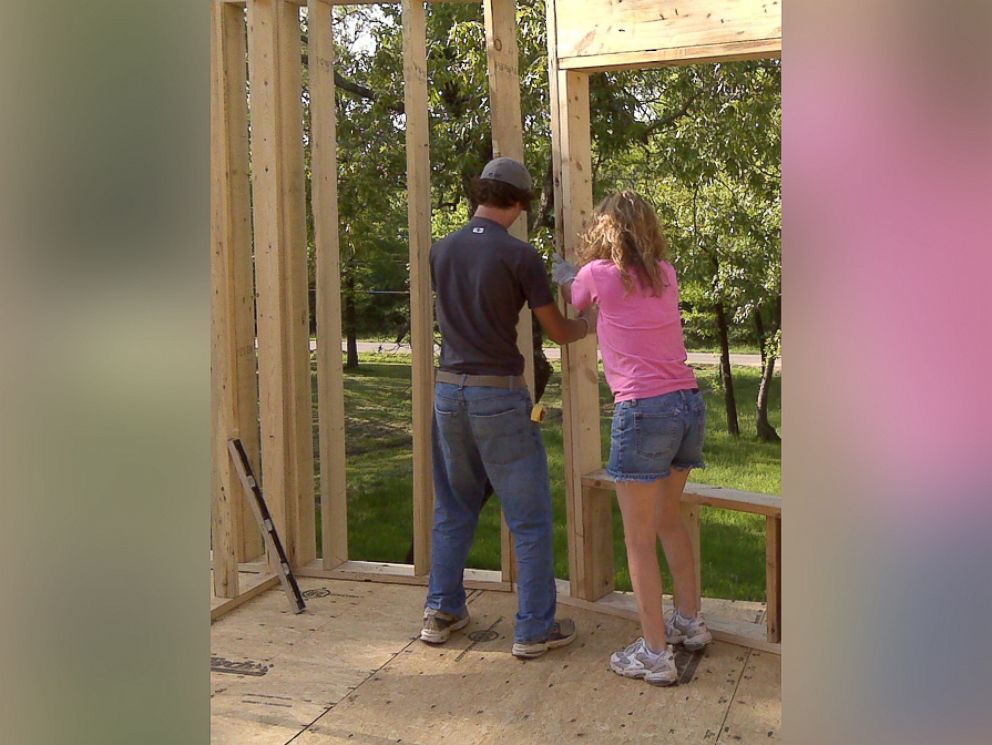 Brookins, who had to move out of her previous home after her divorce, eventually found and purchased a plot of land in her neighborhood. She then got to work creating blueprints for a two-story house and obtaining a construction loan, which she said was “extremely difficult.”

After buying all of the materials needed, she realized she had no money to pay construction workers and that her family “actually had to pull this off.”

“There wasn’t any sense of courage,” Brookins said of the decision. “It was absolute ignorance.”

Brookins eventually did hire a man with experience building houses whom she met at Home Depot for $25 per hour. She also hired an electrician and a person to install the heating, ventilation and air conditioning. 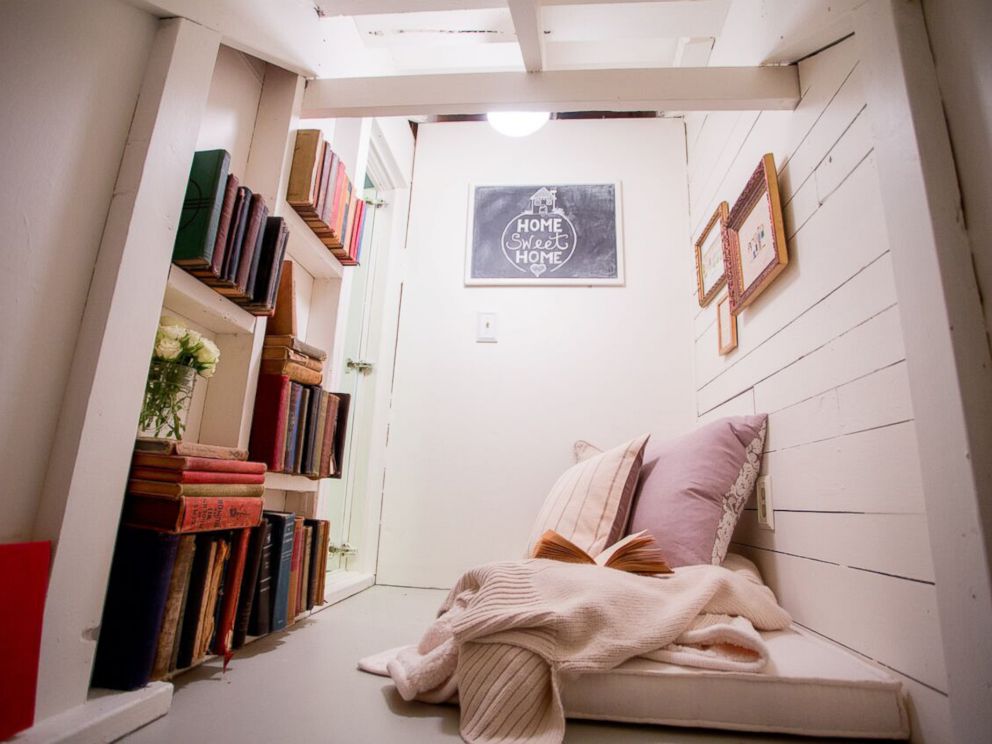 After breaking ground in 2008, the home was completed in nine months thanks to do-it-yourself YouTube videos and 20-hour days. Brookins obtained a certificate of occupancy and then had to get the house ready to live in. The family finally moved into their new home on March 31, 2009.

Brookins said her goal of undertaking a huge project to bring her family back together worked.

Read about the other ways this project helped Cara and her kids heal at ABC News.