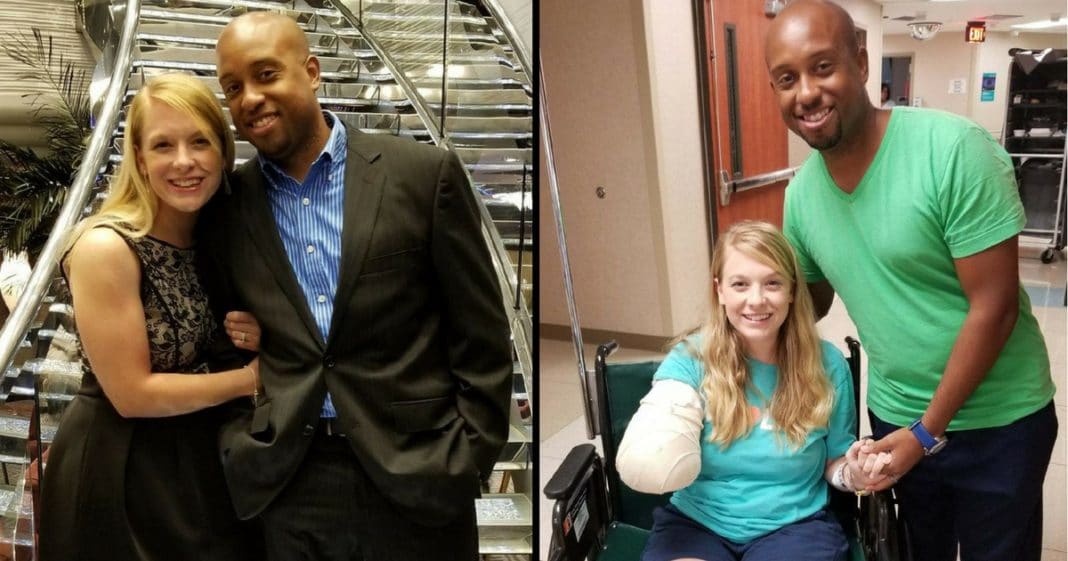 Tiffany Johnson remembers every second of the shark attack that took most of her right arm.

“I was just floating there and then I felt this bump and when I looked to see what I’d bumped into I was face-to-face with the shark,” she tells PEOPLE.

The 32-year-old mother of three from Concord, North Carolina, was on the final day of a seven-day cruise through the Caribbean with her husband, JJ, in early June. They had gone parasailing earlier in the day and were snorkeling not far from the Atlantis Resort in the Bahamas when the attack occurred. 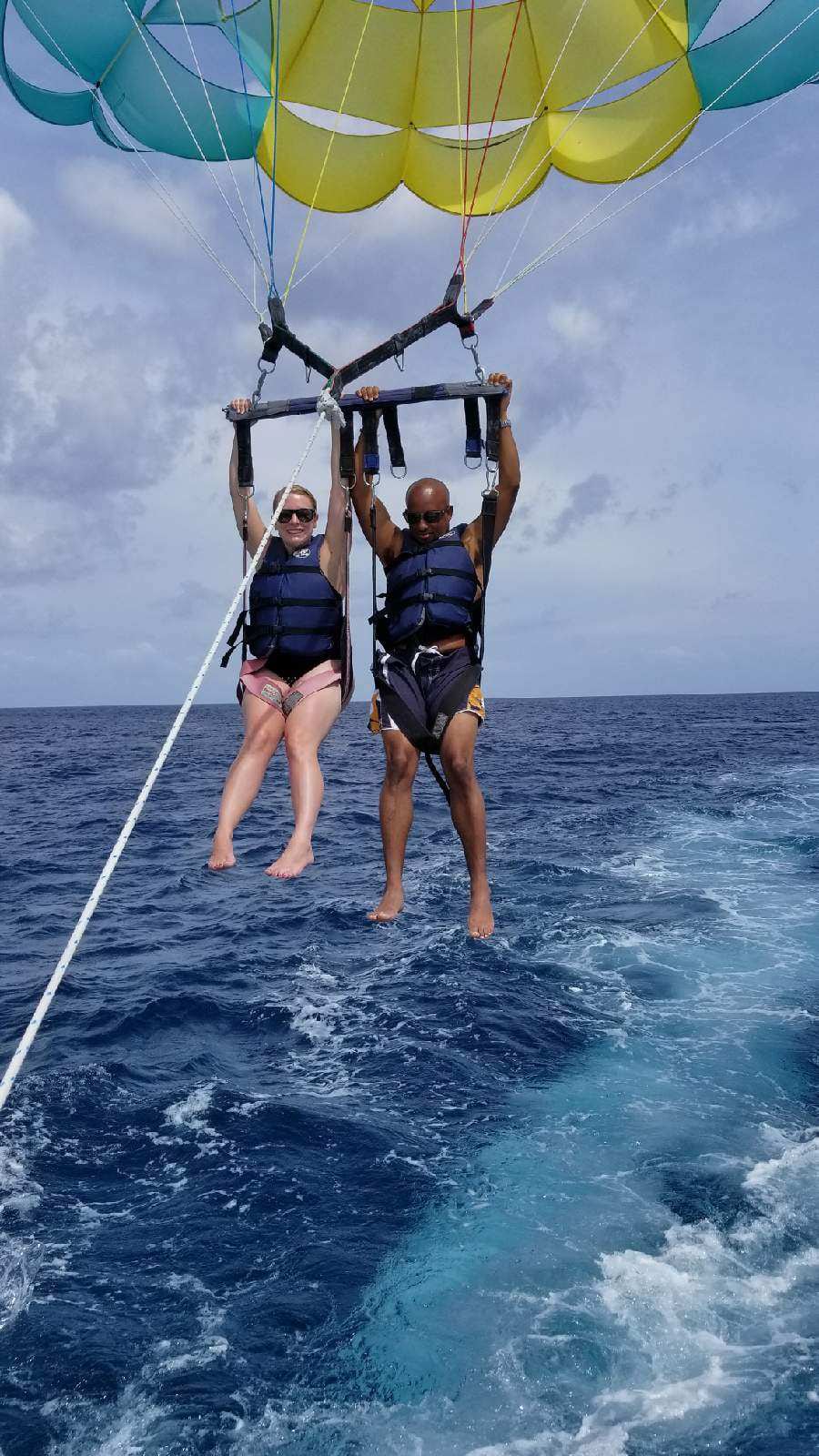 Tiffany and JJ before the attack. COURTESY TIFFANY JOHNSON

JJ, 29, was queasy and back on the small boat that had taken them to the coral reef known for good snorkeling when Johnson says she literally saw her life start to flash before her eyes.

“I had fear immediately when we began to struggle,” she says. “I felt the strength of the Lord, this supernatural strength — you start almost replaying your life in your mind and I literally pushed that back and was like, ‘No, I’m not going to die here. This is not the end for me. I refuse for him to take my life.’ ”

She says she thought of her three kids — ages 2, 4 and 5, and knew she had to fight back against the shark.

“I remember feeling my eyes get big and having that realization, that moment that my arm was in a shark’s mouth. I yanked my arm back, he bit down harder, and we began to struggle,” she says. 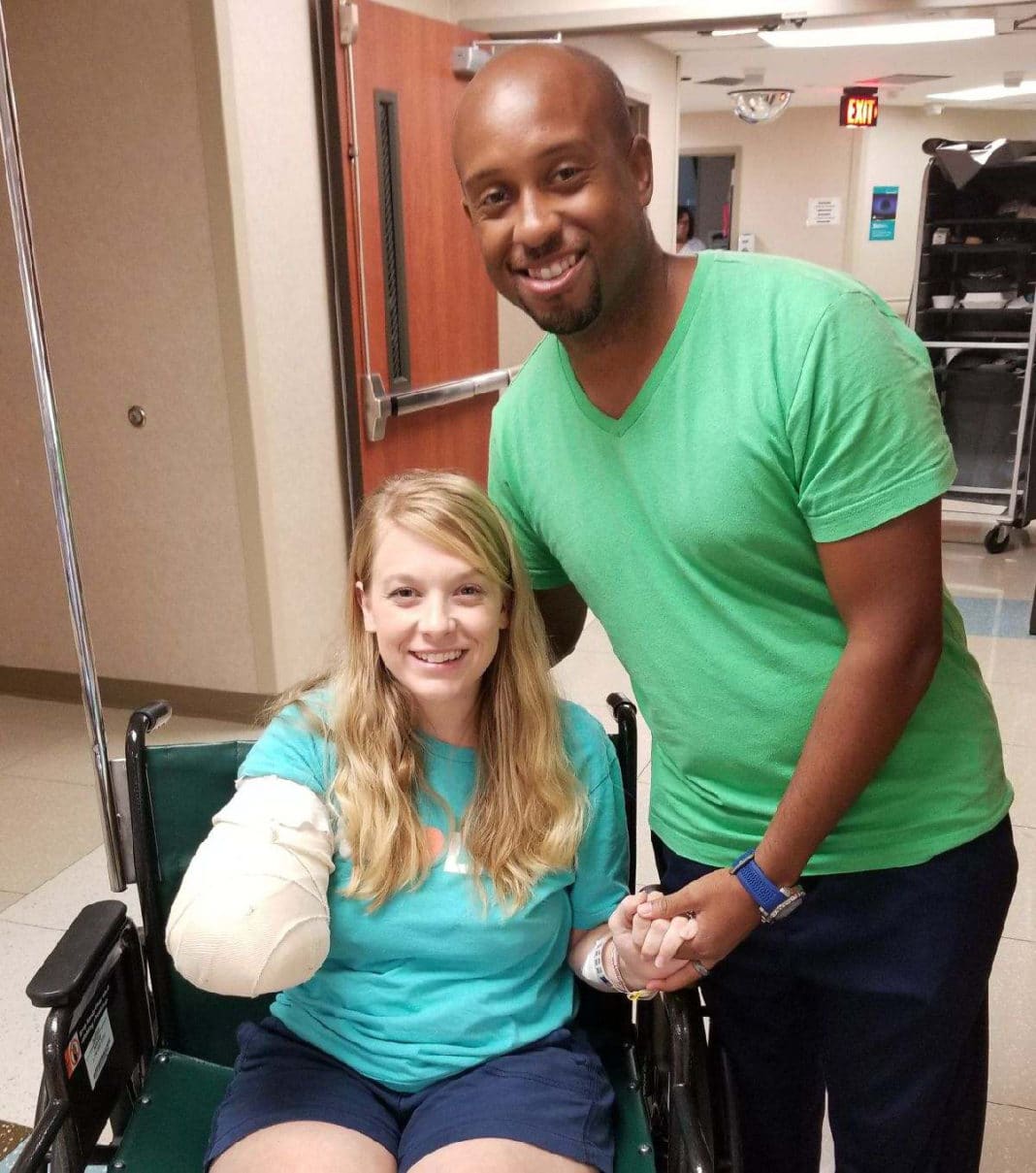 “I was finally able to break free and that’s because he had completely taken it and I remember pulling it out of his mouth and looking at it and realizing it was gone. I didn’t feel pain – it kind of caught me off guard and I didn’t really think of anything other than I needed to get away.”

That’s when she started screaming – and swimming towards the boat with her husband and the others on the excursion. The shark had taken her arm off just below the elbow.

“I remember the look of terror in [JJ’s] eyes. I’ve never seen that look before. He looked over and he says he saw my arm half gone and blood surrounding me. The water was just red everywhere. He screamed, ‘Baby!’ And then just jumped into the water.”

Johnson never lost consciousness and doctors in the Bahamas did surgery within a few hours to stop the bleeding, but they told her she needed to go back to the U.S. immediately for another surgery. 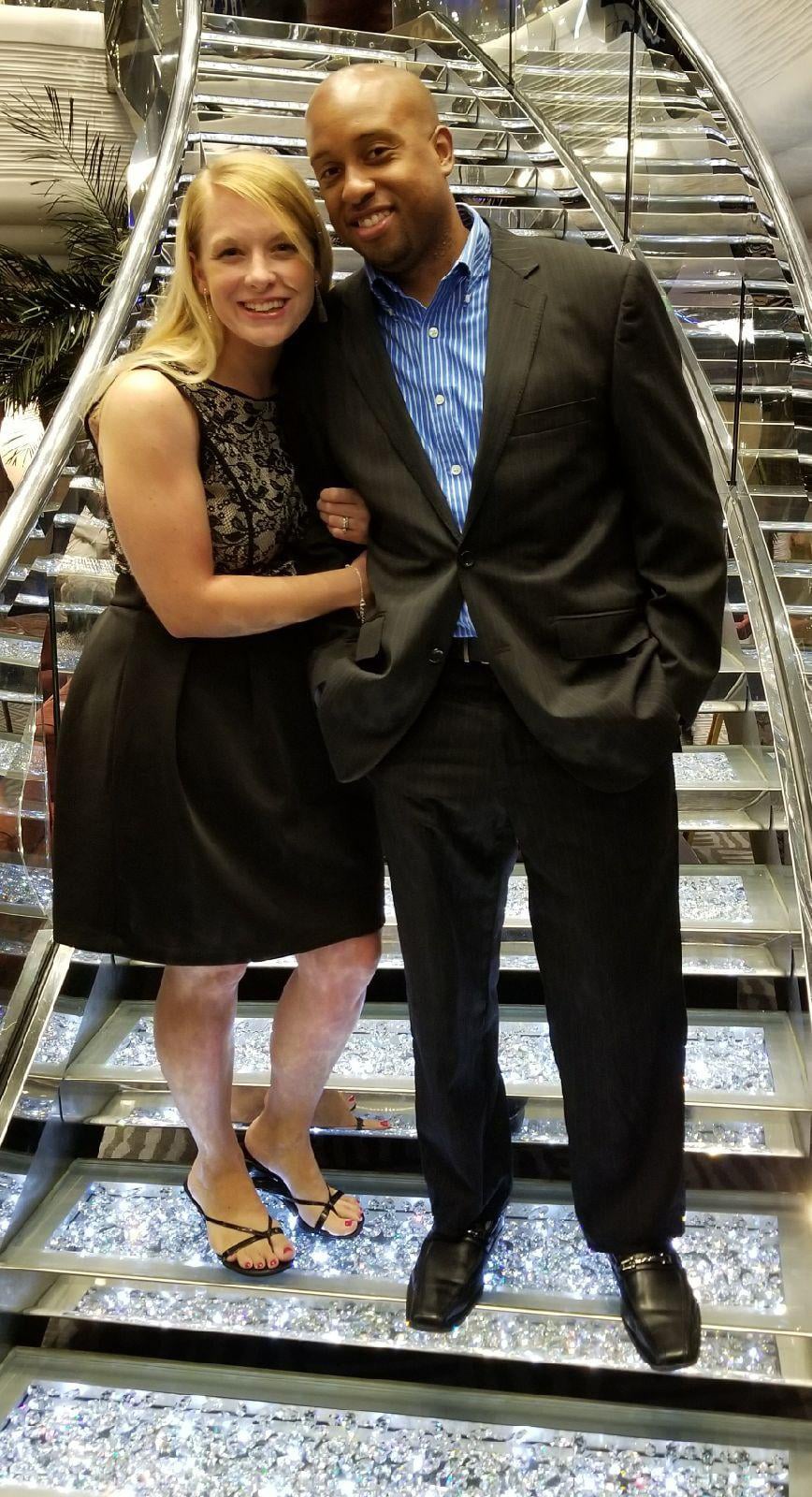 But because they’d been on a cruise, the couple didn’t have their passports and the embassy was closed for a long weekend because of a holiday. They were stranded until Johnson says a number of people pulled together to help get her medevaced out of the Bahamas and to Charlotte where she has since undergone two more surgeries.

Read more about Tiffany’s recovery and the incredible new technology doctors are using to help her get her life back on People.