Missing Child Found, Seeming To Answer Prayers Of Kneeling Boy At Walmart And Thousands Of Others 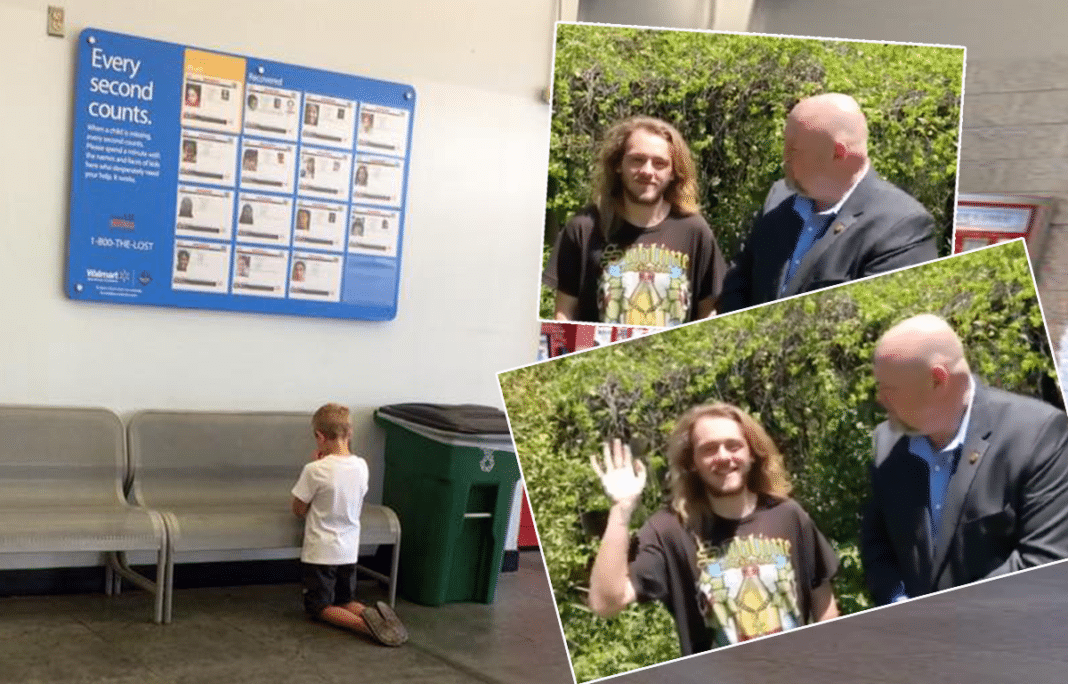 Thousands of prayers seem to have been answered in the case of one missing child. Aubrey Carroll, who went missing from Spalding High School in Georgia on May 24, 2016. Today, he has been found, safe and sound. The wonderful news could have come about, in part, thanks to the thoughts, prayers, and concerns of thousands of people, who learned about Aubrey by way of stories like the one you are reading now.

A story of another young child who was found by his mother kneeling and praying under a sign of missing children in Walmart went viral, touching many hundreds of thousands of people.

“I turned around to make sure my son was next to me. Instead of finding him by my side I found him kneeling in front of the missing children board praying,” said the boy’s mom.

I had to run into Walmart. I turned around to make sure my son was next to me. Instead of finding him by my side I…

Fortunately, the boy wasn’t missing. Instead, he was found saying a prayer for the kids on the sign who were missing.

As it turns out, that child was praying before a picture of Aubrey Carroll, who went missing at 15-years old. Aubrey’s family member happened to see the story and shared it on a Facebook page committed to bringing Aubrey home. (They have since taken it down.)

Perhaps because there were so many people touched by the story, and looking for Aubrey, he has now come forward in Griffin, Georgia.

The Spalding County Sheriff’s Office posted a video of Aubrey, and Sheriff Darrell Dix says the boy appears to have been “happy and thriving.” He’s been living under an alias of his own accord, bartering and traveling the western United States.

Although Sheriff Dix wanted to arrange a reunion with the family, Aubrey decided to arrange it himself, on his terms. He has now arranged to meet with his mom, and the family’s nightmare of not knowing what happened is over.

Best of all, the prayers of everyone looking for the missing boy have been answered in this unique case.

Aubrey had this to say to all of those who prayed for his safe return:

“I’d like to tell y’all thank y’all so much for all your prayers and looking out for my momma,” Aubrey said. “I appreciate y’all so much. I’m all right. I’m OK. I’ve been smiling, and y’all should do the same.”

As a sidenote: The blogger who first wrote about this story, Matthew, found out that Aubrey was found in an interesting way too. As he woke up to his clock radio alarm, the morning radio hosts were talking about Aubrey, and how he had been found on Wednesday. Matthew recognized the story, having written about it for SoShareThis.com and decided to share this news with everyone.

We like to think all of our readers may have played a little part in the happy ending.