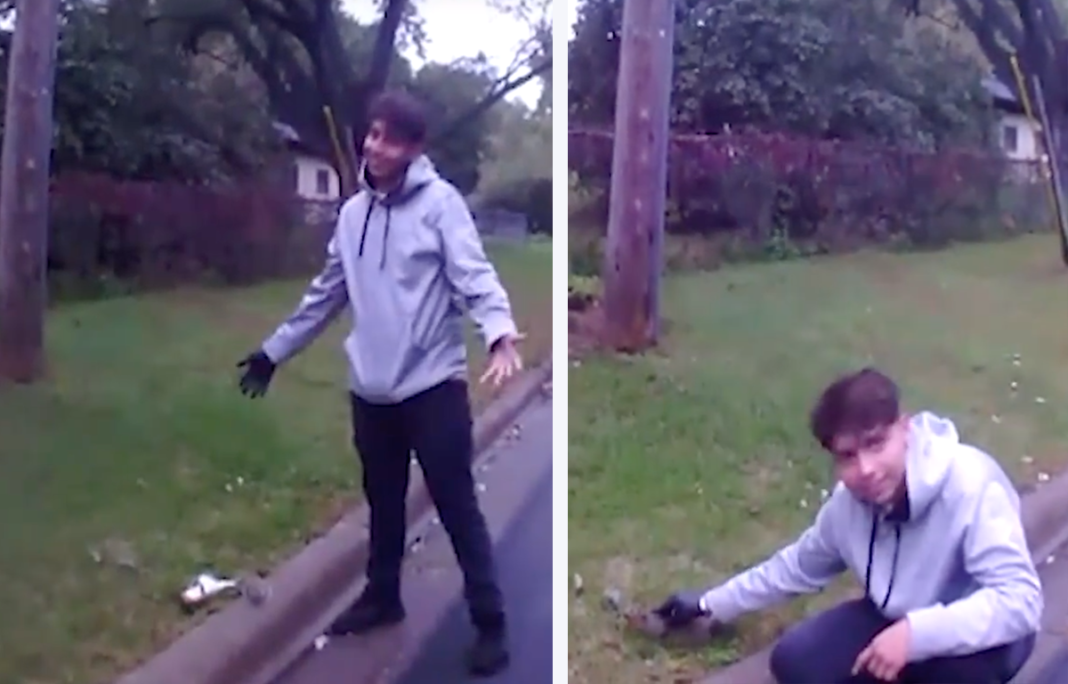 This has got to be one of the funniest police body cam videos we’ve seen. Two officers from Brooklyn Park, Minnesota, north of Minneapolis pulled over when they saw a car on the side of the road with the driver-side door wide open. There at the side of the road, a young man was crouching over something. At taking a closer look, one of the officers says:

Sure enough, 19-year-old Chris Felix is standing over a squirrel. With a gloved hand, he is stroking the animal, attempting to revive it.

Now, while most of us would feel very bad if we hit a squirrel with our car, there probably aren’t too many that would stop, get out of the car, and attempt to resuscitate one of the critters. Felix is obviously not your typical teenager.

When the officer asks what happened, Felix responds:

“I ran it over a little bit. Trying to help it out.”

The officers learn that the young man swerved to miss the squirrel, and it doesn’t appear to have been squished or hurt. One of the officers gives him some advice, telling him to flip the squirrel over. He suggests that the animal might just have been scared by the encounter with the car.

The young man continues to try to revive the animal with his hand, petting it gently. Then suddenly, something amazing happens that will probably leave you laughing and smiling.

Check out the cleverly-edited video from the Brooklyn Park, Minnesota Police Department below:

A story about a squirrel…

Since posting the video The Brooklyn Park Police posted about another animal sighting with the caption:

“Hopefully she wasn’t out hunting for our squirrel.”

This beauty was spotted over by 8500 Tessman Farm Road yesterday. Hopefully she wasn’t out hunting for our squirrel……

See the video from CBS News below: