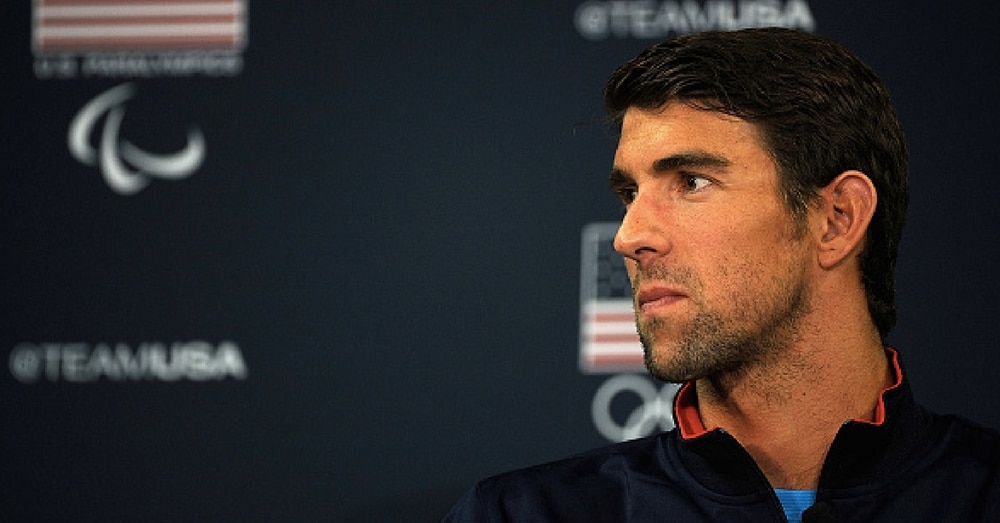 Michael Phelps is one of the most decorated and recognized athletes of all time. His incredible prowess in the pool has made him a household name, and the world’s eyes are on him yet again as he prepares to compete in his fifth Olympic Games.

What many don’t realize, though, is how much of a toll the fame and demanding schedule had on his life. Despite winning the most Olympic medals of any athlete ever – 22 total – and bringing in all kinds of endorsements and sponsorships, he felt empty.

“I was a train wreck,” he said. “I was like a time bomb, waiting to go off. I had no self-esteem, no self worth. There were times where I didn’t want to be here. It was not good. I felt lost.”

In 2014 a photo went viral that showed Phelps smoking an illegal substance, and shortly after he was arrested for drunk driving – his second DUI arrest within 10 years. America’s golden boy had become tarnished.

During that time Phelps hit rock bottom. He recalled isolating himself in his bedroom in Baltimore and contemplating suicide.

“This is the end of my life,” he thought. “How many times will I mess up? Maybe the world would be better without me.”

Thankfully, though, a light shone through in the midst of his darkness. Phelps’ long-time friend, NFL star Ray Lewis, an outspoken Christian, came to Phelps and encouraged him not to give up.

Lewis encouraged Phelps to enter rehab, which he did, and gave him a copy of Rick Warren’s The Purpose Driven Life. Reading it gave Phelps a new perspective on his life and purpose. He said it “turned me into believing there is a power greater than myself and there is a purpose for me on this planet.”

Reading the book also convinced Phelps to make amends with his estranged father, who divorced Phelps’ mother when he was only 9 years old. “I didn’t want to have that ‘what if,'” Phelps said. “I didn’t want to go through life without having the chance to share emotions I wanted to share with him. That’s what I missed as a kid.”

Phelps left rehab with a newfound lease on life. He resumed training for the Rio Olympics and asked his long-time girlfriend, Nicole Johnson, to be his wife. The two welcomed a son, Boomer, in May.

Whether Phelps will make history and break records in this Olympics – his final one – remains to be seen; but what is clear is that his life is back on the right track, and he is moving forward with hope.

We wish him all the best in life and in these Games and will be cheering for him all the way!

Were you happy to see Michael Phelps get his life back on track? So share this!